The Life I Deserve 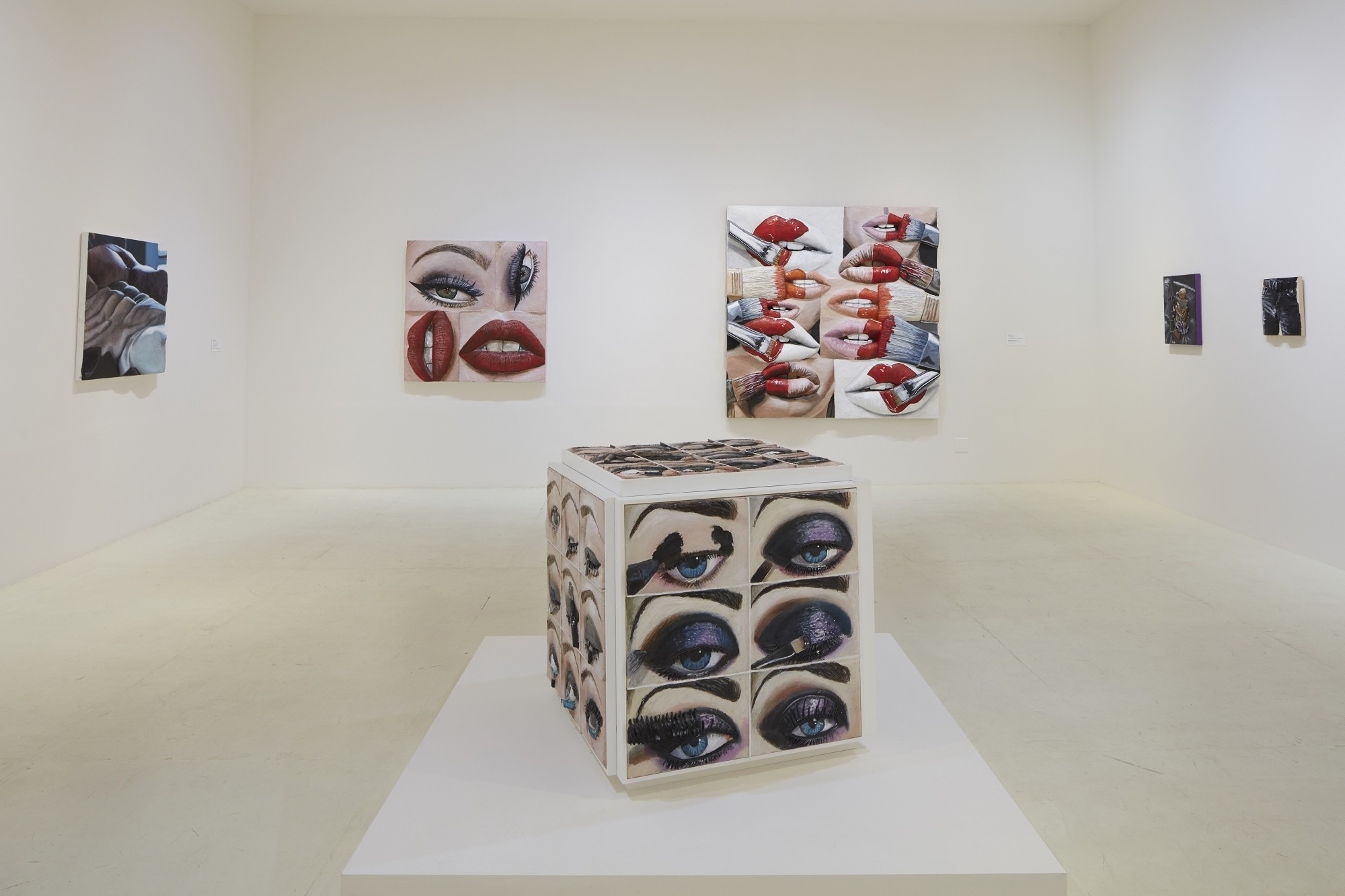 Installation view of Gina Beavers: The Life I Deserve, on view at MoMA PS1, New York
from June 9–September 2, 2019. Image courtesy MoMA PS1. Photo: Matthew Septimus
In her visceral, vexing, often grotesque paintings, New York–based artist Gina Beavers (American, b. 1974) transforms images sourced from the Internet into painted reliefs composed from thick layers of acrylic medium. Born from the online world yet stubbornly physical, Beavers’s paintings condense the ether of digital images into bodily objects that convey both sensuality and abjection. Confronting questions of consumption, desire, and self-fashioning, she gravitates toward a repertoire of recurring subjects that reflect everyday life in the age of social media, such as “food porn,” bodybuilder selfies, and makeup tutorials. Rendered with an unsettling degree of realism, Beavers’s work is always more than merely representational. Whether depicting a painter’s palette or the fluorescent green of a bulbous tennis ball, her high-relief paintings protrude obscenely into the space of the viewer, insisting on their status as tactile things. In her more recent work, the artist both parodies and venerates iconic figures from the history of art, from Vincent van Gogh to Piet Mondrian, pointing to a deep engagement both with painting’s legacies and its continued relevance as a critical lens on contemporary culture.