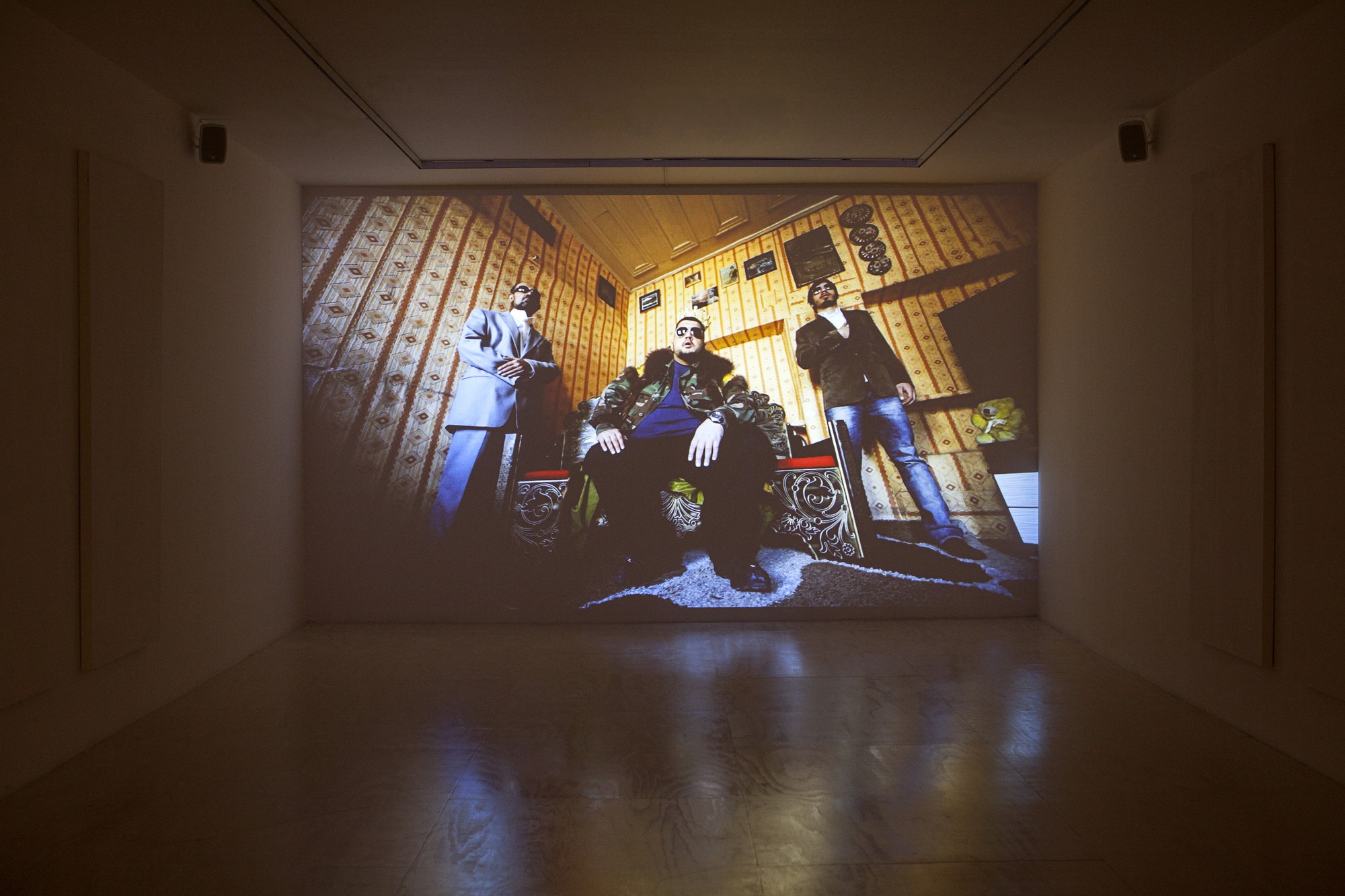 Installation view of the exhibition "Halil Altindere: Wonderland"
May 3rd, 2015–September 7th, 2015. INPS1.1110.6. Photograph by Matthew Septimus.
Since the mid-1990s, Halil Altindere (Turkish, b. 1971) has emerged as one of the most prominent contemporary artists in Turkey with a multifaceted practice that ranges from video, sculpture, photography, installation, and performance to collaborative editorial and curatorial projects. His work examines the systems of power deeply embedded in Turkish culture with poignant reflections on broader questions of belief, belonging, alienation, and resistance.

Wonderland (2013) documents the anger and frustration of a group of youths from the Sulukule neighborhood of Istanbul, a historic area home to Romani communities since the Byzantine Empire that has been increasingly demolished since 2006 as part of an “urban renewal” development project. Presented in the style of music video, Wonderland captures the young men of the hip-hop group Tahribad-ı isyan, rapping about inequality and gentrification as they are simultaneously confronted by the police.