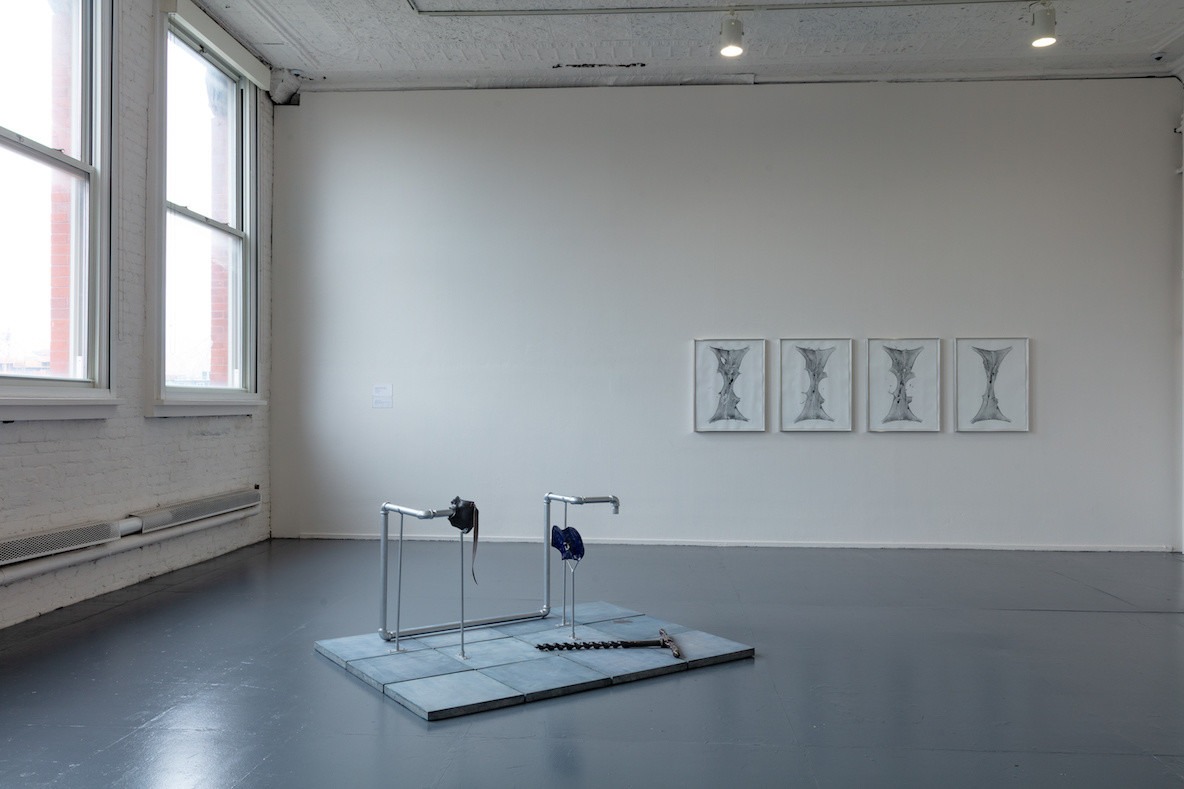 Installation view of Julia Phillips: Failure Detection, on view at MoMA PS1 through September 3, 2018. Image courtesy MoMA PS1. Photo by Pablo Enriquez.
MoMA PS1 presents the first solo museum exhibition of New York-based artist Julia Phillips (German and American, b. 1985), featuring six newly commissioned major works alongside existing sculptures. Primarily working with ceramics, New York-based Phillips creates objects and scenes that are intimately connected to the body. Her sculptures often propose various support structures for the human form, while emphasizing its absence. Impressions of the body are visible through casts of limbs, orifices, handprints, and other corporeal traces. Though evocative of physical functions, these works also produce social and psychological resonances. For Phillips, the body is materially, linguistically, and metaphorically entangled in politics, as suggested by terms such as “manipulator,” “protector,” and “extruder” that appear in the titles of her works. Directives for specific actions of constraining, armoring, or penetrating the body, they hint at how formal arrangements double as relations of power.

Julia Phillips lives and works in New York City. She has been included in group exhibitions at The Studio Museum in Harlem, New York; The Kitchen, New York; and Kunsthaus, Hamburg. She was recently featured in the New Museum's 2018 Triennial, Songs for Sabotage, and is currently included in the 10th Berlin Biennale.