There Is No Last Man 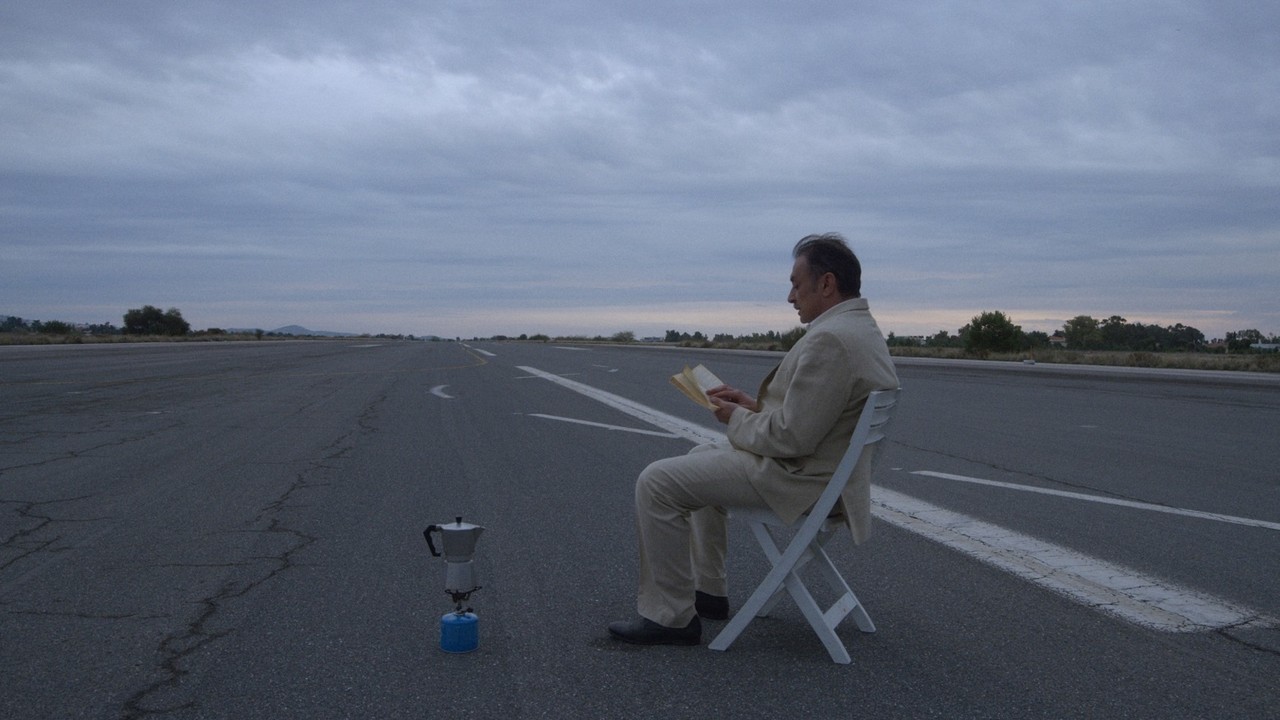 Naeem Mohaiemen
There is No Last Man is supported by the MoMA PS1 Annual Exhibition Fund.
In his films, installations, and essays, Naeem Mohaiemen (b. London, 1969) researches memories of leftist political utopias, and the contemporary legacies of decolonization. Bringing together two distinct works, Naeem Mohaiemen: There Is No Last Man imagines a relationship between two lonely narrators, each trapped at the edge of history.

Tripoli Cancelled (2017), a fiction film loosely inspired by the artist’s father, follows the daily rituals of a man stranded in an abandoned airport. The film follows him through his daily routine of walking, smoking, writing letters to his wife, staging scenes with mannequins in flight attendant uniforms, and reading from the dark British children’s book Watership Down (1972). Mohaiemen shot the film in Ellinikon Airport in Athens, Greece, loosely inspired by his father’s experience of being stuck in this same airport for nine days in 1977 after losing his passport. Designed by architect Eero Saarinen in the 1960s, Ellinikon was abandoned in 2001 and was recently used to house refugees entering Greece, and then proposed as a site for luxury real estate development during European Union negotiations over Greek debt.

Volume Eleven (flaw in the algorithm of cosmopolitanism) (2016) comprises diptychs that investigate six problematic essays by Mohaiemen’s great uncle, the Bengali writer Syed Mujtaba Ali, who mistakenly embraced German military might as an antidote to British colonial rule in India. When the artist began translating Ali’s short stories of the late 1930s, he was dismayed to discover several writings in which Ali expressed a hope that Nazi Germany would defeat Britain and liberate India from colonial rule. Volume Eleven explores the intellectual underpinnings of this short-lived fascination with German political thought among a wide range of Indian intellectuals of the period.

The exhibition title responds to Francis Fukuyama’s book The End of History and the Last Man (1992), which proposed that Western liberal democracy and capitalism would be the final shared fate of humanity. Mohaiemen’s work suggests that there will be no “last man” or “end of history” in an era marked by the growing prominence of non-Western histories that acknowledge multiple viewpoints and perspectives on the development of modernity. The artist often works through the literature generated in the aftermath of political defeats, bringing the traumas of history into conversation with his own family narratives. Here, two men struggle at the margins of larger events, telling themselves fables and fictions to keep living.