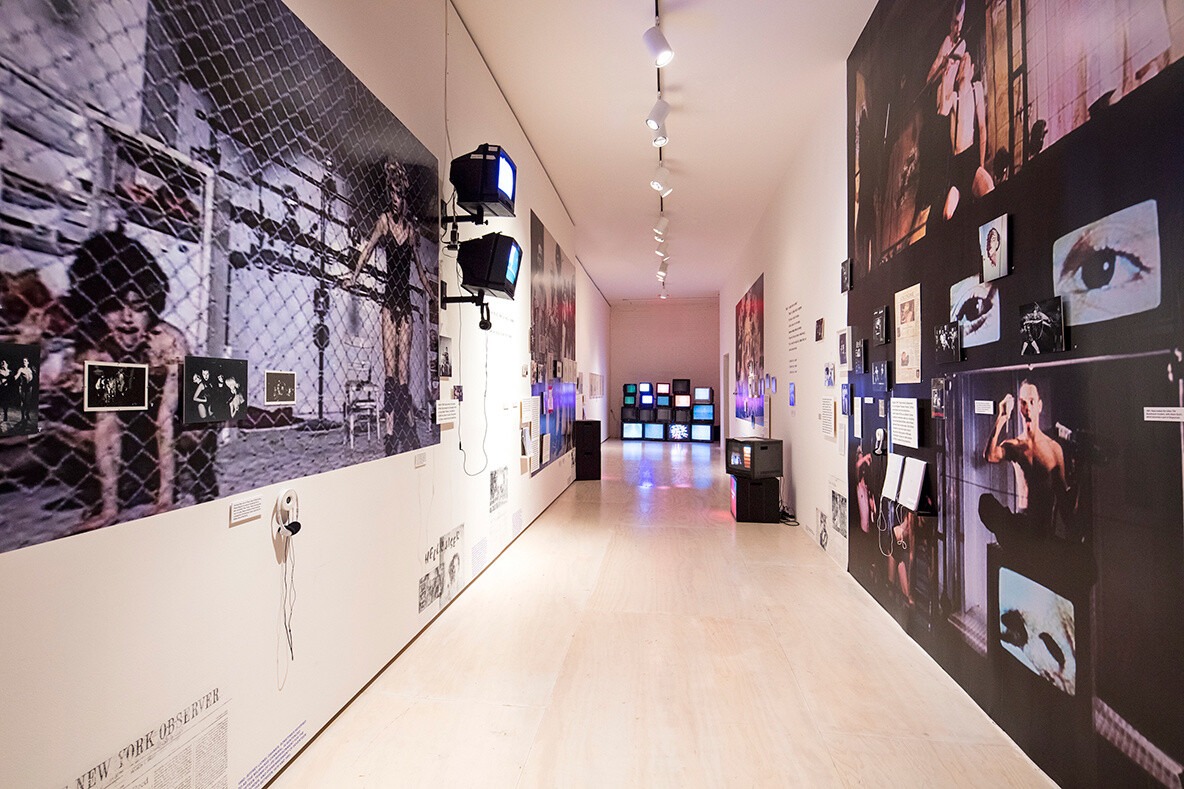 Installation view of Reza Abdoh on view at MoMA PS1 through September 3, 2018.
Though he was only 32 at the time of his passing, the Iranian-American theater director Reza Abdoh’s (1963–95) mark on the world of theater was unmistakable. Relentlessly inventive, he pushed his actors—and audiences—to their limits amid ambitious, unusual, disorienting stage sets. Abdoh’s aesthetic language borrowed from fairy tales, BDSM, talk shows, raves, video art, and the history of avant-garde theater. This exhibition, the first large-scale retrospective of Abdoh’s work, will highlight the diverse video works that Abdoh produced for his performances and an installation based on his 1991 production Bogeyman. The exhibition also includes contextual materials reflecting the club scenes in both Los Angeles and New York, the culture wars of the Reagan era, and the AIDS crisis. Abdoh died of AIDS in 1995.

Co-organized by Klaus Biesenbach, Director, MoMA PS1 and Chief Curator at Large, The Museum of Modern Art; and Negar Azimi, Tiffany Malakooti, and Babak Radboy for Bidoun. The exhibition is co-produced with the KW Institute for Contemporary Art in Berlin, where it will be presented February 2–April 29, 2019, and organized in collaboration with Krist Gruijthuijsen, Director.
www.momaps1.org