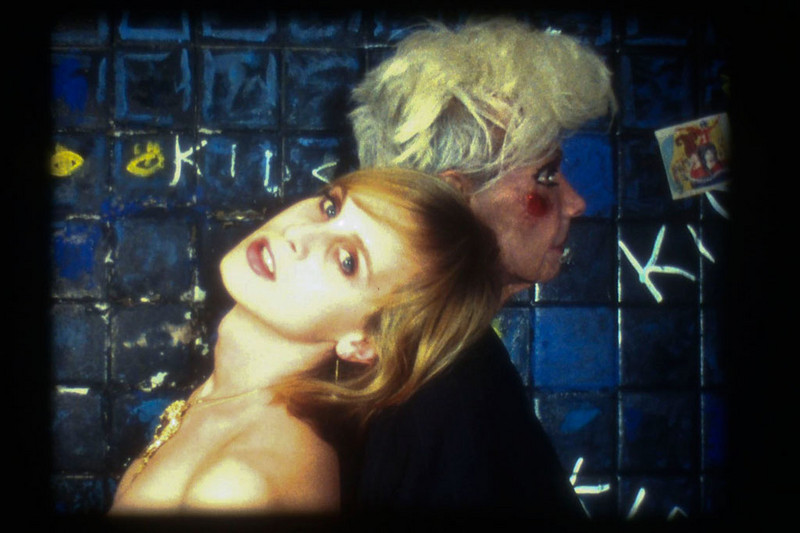 Zackary Drucker (American, b. 1983) makes videos, photographs, and performances that address the human body and the role it plays in shaping our relationships to society. Often incorporating her own body and poetic language into her work, Drucker seeks to reexamine cultural conventions, suggesting, for example, that sexuality and gender are not fixed binaries but offer a range of possibilities for living. Similarly, the artist conceives of her community not only through physical and digital space but also backwards and forwards through time, connecting generations.

Made in collaboration with New York performer and drag queen Flawless Sabrina, the film At Least You Know You Exist explores the interaction between two artists of different ages. Set in Flawless Sabrina’s ornate Manhattan apartment, where she has lived for more than four decades, the work depicts the two artists sharing the roles of filmmaker and subject, creating an intimacy that speaks specifically to their relationship as fellow transgender artists, and also more broadly to the queer community. According to Drucker, there are few older transgender individuals to look towards as role models. Her work with Flawless Sabrina investigates this legacy of queerness, which remains largely overlooked. “There is proof that we exist in a luminous dark corner of history as men know it,” Drucker narrates, “a vortex and a realm where our trace is barely evident.”
www.momaps1.org