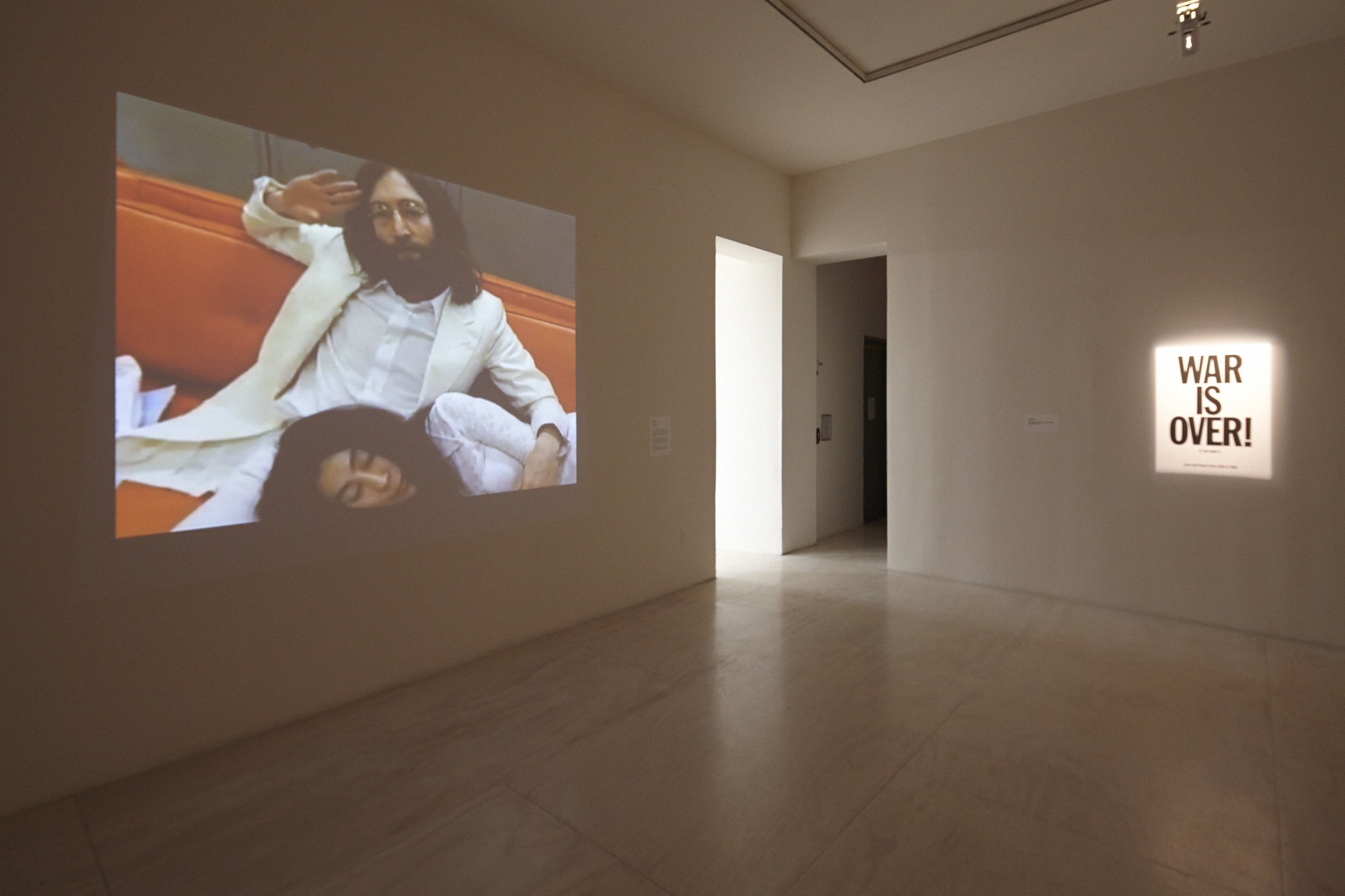 Installation view of Zero Tolerance at MoMA PS1, October 26, 2014–April 13, 2015. Photo: Matthew Septimus
Over the past two decades, some national and international governments have garnered attention for imposing draconian laws that restrict the rights of citizens under the guise of improving quality of life. Rio de Janeiro has “cleaned up” slums by imposing a militarized police force and Istanbul has put pressure on minority communities by gentrifying the neighborhoods in which they reside. In Russia, the arrest of two members of the art band Pussy Riot for speaking against President Vladimir Putin, along with the passage of anti-gay legislation, has generated international ire. Such restrictive policies have marked everyday life in major cities around the world.

Through their work, artists such as Halil Altindere (Turkish, b. 1971) and Amal Kenawy (Egyptian, 1974-2012) address the freedom of expression and the role of the artist within society. Altindere’s Wonderland (2013) explores the anger and frustration of a group of youths from the Sulukule neighborhood of Istanbul, a historic area home to Romani communities since the Byzantine Empire that has been increasingly demolished since 2006 as part of an “urban renewal” development project. Kenawy’s The Silence of Sheep documents a short performance the artist orchestrated in downtown Cairo on December 14, 2009 and is, in part, a commentary on people’s submissiveness to local living conditions and cultural norms.

Named for the 1990s policy under which New York City took a tough stance against vice and crime, Zero Tolerance brings together works by artists from across the globe that address tensions between freedom and control. Many of the works combine elements of political demonstration and celebratory parades to create art of a charged and ambivalent nature, responding to concerns specific in place and time.

The exhibition is made possible by the MoMA PS1 Annual Exhibition Fund.
www.momaps1.org