Hypothesis for an exhibition 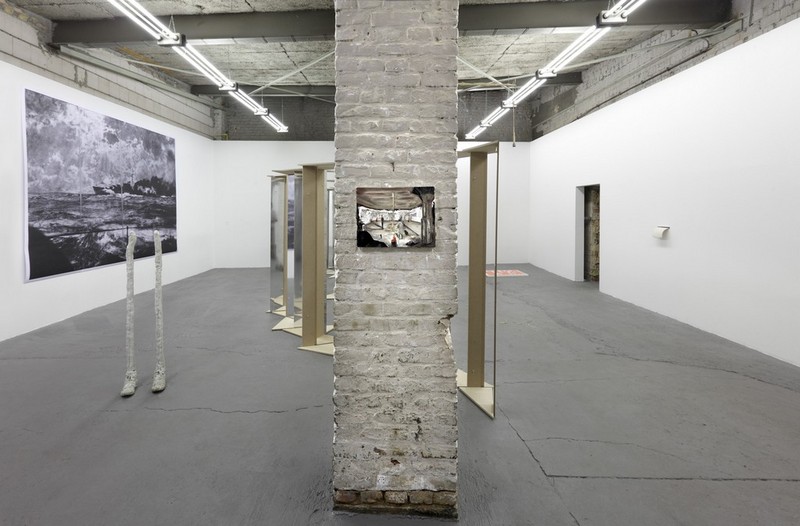 In 1963 Giulio Paolini conceived a project titled "Ipotesi per una mostra - Hypothesis for an exhibition". Entering the exhibition space, the audience was confronted with, instead of artworks, an "other" public, arranged to cram a room, and build-up as an image, an exhibition. The work, as often in the work of Paolini, is fundamental to understanding the significance and the context of an exhibition. This reference will be a reflection of the constant evolution of the exhibition space, increasing in number and significance. This specific space becomes more and more a tautological element. The display format of the works in relation to the space are part of a more complex exhibition context. The exhibition space becomes, on one hand, a material part of the artwork, and on the other a superspace; the intrinsic part of the artwork, or a fragment of many other exhibitions. The result is that every attempt to define an exhibition is just a piece of a bigger mosaic. The totality of every exhibition is completed by the interpretation of the audience that is translating it in the external world, and thus fragmenting and reconstructing it. An exhibition, therefore, becomes a hypothesis for another exhibition through the dynamic of the visitor.

The artists invited are utilising a combination of different elements to define the exhibition dimension. The two subjects that make an exhibition – the audience and the artworks – are crossing and converging within a space that is made up of both context and content. The limit of the space is the definition of the exhibition. A definition that is constantly changing.

The work of Chiasera presents the idea to define, through painting, the structure of an exhibition, by bringing curatorial practice into the painting genres and proposing his extension. “Das Fest” is two small canvases on which the works of the artists are presented to depict the exhibition, but proposed in a different contextualization. The work shows the possibilities of an exhibition with two imaginary perspectives. “Das Fest” proposes a new sense of the world and its virtual reconstruction.

The exhibition as a material form is analyzed by Aasan ́s sculptural installation, “Shutterbug”, in which a construction of display elements is the artwork itself. The exhibition merges the work with his spatial theory – that there exists an architectonic element which is the link between the work and the space. “Shutterbug” was originally conceived for the exhibition “Spot On“, at Sorlandets Kunstmuseum in Norway. It consists of a long, wavy row of modules made out of MDF and plywood, and partly covered in mirror-foil.

The spatial element of the exhibition space is analyzed by the work of Bock, entitled “Lettra”. The small ceramic piece is one that simultaneously hides and presents itself with the presentation of its form. In this sense, it transcends the exhibition space to the unknown space, conveying both the continuity of the exhibition as well as the physical limitations of the exhibition, which in fact travels further than the visible space. The artwork functions as a communicator that is a bridge between two different points.

The scultpure “You without yourself” by D’Aronco is a sculpture which represents a tautological dimension of the viewer, but one that on the one hand omits any kind of character which would normally imply the unique morphology of a person, on the other hand defines the presence of the viewer in the actual space.

The process of researching images and their association in an almost infinitely encyclopedic universe is the basis of the works presented in “Untitled I & II”, by Suter. The work is comprised of large B/W images taken from old encyclopedic and scientific books, and subsequently elaborated with the use of a computer. This blown-out, digitally elaborated presentation of the images creates a misleading relationship between images and technology.

The poster “o.T. (nach Josef Alberts)”, by Nicolai, is part of a series of appropriations that the artists produced as part of several works in the collection of the Älischen Landesmuseums Münster. The selected piece is the reinterpretation of the work of Josef Alberts “Allegro” from 1961.
www.psm-gallery.com