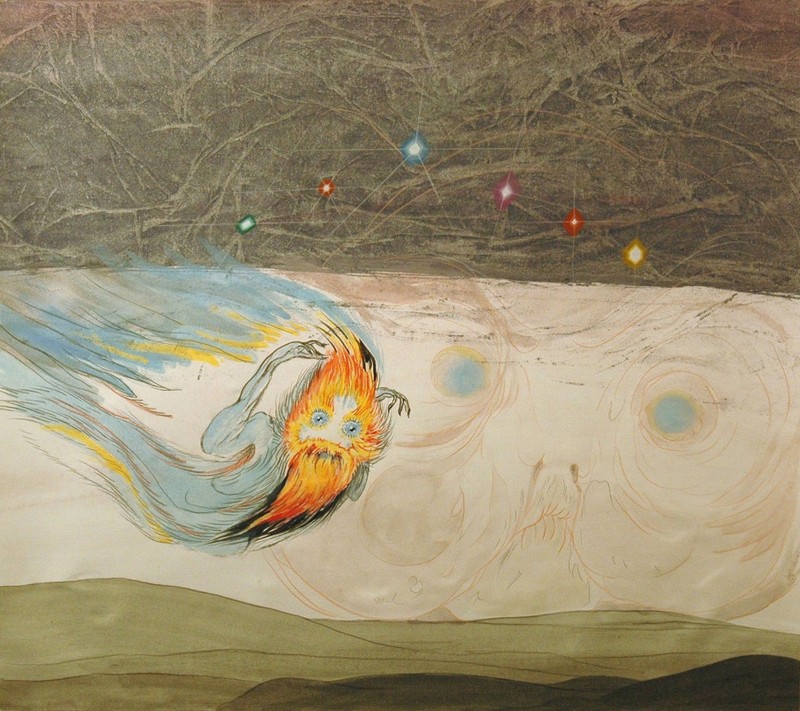 The First Humans looks at contemporary art with a prehistoric feel. Often incorporating synthetic colours or materials and a sci-fi aesthetic, much of it is spoof or tongue-in-cheek.

An installation by Andy Harper has an ancient, tribal quality, and Caroline Achaintre's wall hanging suggests primitive domesticity. There are primeval landscape sculptures and works on paper by Salvatore Arancio and Vidya Gastaldon, as well as artefacts by Jack Strange that are early-age-man-meets-twenty-first-century. In a film by Ben Rivers, a man tells how humans and fire were created.

This exhibition identifies and questions a trend among artists to evoke the very distant past. Could dramatic new archaeological findings explain it? Or is society suffering an identity crisis? Do we wish we could start again? We’ll be inviting visitors to supply the answers to these questions.

The First Humans is curated by Angela Kingston and supported by Arts Council England
www.pumphousegallery.org.uk