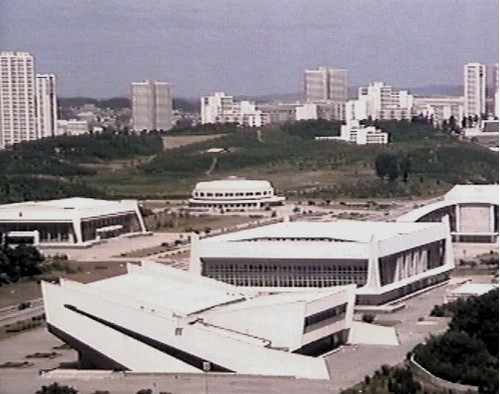 This exhibition is a collaboration between artists Park Chan-Kyong, based in Seoul, and Sean Snyder, based in Tokyo and Kyiv, who first met in Germany 10 years ago. Their shared interest in North Korea and the politics of the Cold War led to this initial encounter and has become the impetus for this exhibition. Both Park and Snyder are invested in deconstructing the language of media. Their methodologies are similar to those of an archivist, documentarian, cartographer or journalist—using photography, video, television and film to expose not only the mechanisms of power but also the use of narrative, imagination and fiction in the espousal of political ideologies. The exhibition features recent and newly commissioned work developed over an extended period of exchange and conversation among the artists, Museum of Modern Art curator Doryun Chong and REDCAT curator Clara Kim.

This exhibition is made possible with support from The Andy Warhol Foundation for the Visual Arts and the Nimoy Foundation
www.redcat.org