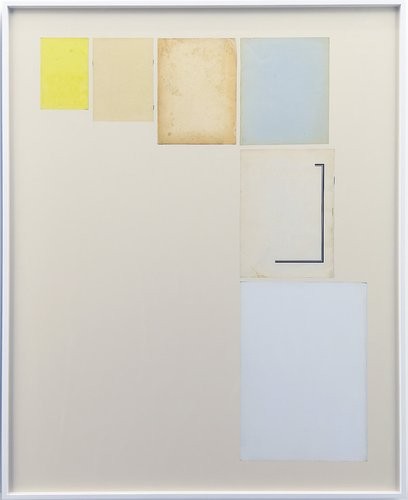 In 2007, Walid Raad initiated a research and art project about the history of contemporary and modern art in the Arab world. On the one hand, Raad's project explores the recent emergence of a new physical infrastructure for the visual arts in the Middle East and the Gulf in the form of workshops, festivals, funds, art schools, white-cube galleries, large museums, journals, and private and public collections. In a context where cultural tourism has become an instrument of economic growth and power, Raad's project identifies and unpacks the ideological, economic and political dimensions of this phenomenon. On the other hand, Raad proceeds from the writings of Jalal Toufic and his concept of "the withdrawal of tradition past a surpassing disaster" to also ask whether and how culture and tradition in the Arab world may have been affected, materially and immaterially, by the various wars that have been waged there by native and external powers.
Scratching on Things I Could Disavow expands upon Raad's The Atlas Group, a monumental study that examined the social, political, psychological and aesthetic conditions of the Lebanese wars through the collection, organization and production of archival documentation. This new project marks a critical juncture in Raad's practice, at once a departure from The Atlas Group while expanding its historical and theoretical framework. The exhibition is accompanied by a publication, designed by Michael Worthington in collaboration with the artist, that serves as an extension of the discursive space for the project.
This exhibition is made possible by generous support from The Andy Warhol Foundation for the Visual Arts, Eve Steele and Peter Gelles, the Nimoy Foundation, and the Harpo Foundation. Additional support provided by The Herb Alpert Foundation. The Alpert Awards in the Arts, a fellowship program that supports innovative practitioners in the fields of dance, film/video, music, theater and visual arts, are administered by CalArts on behalf of The Herb Alpert Foundation.
www.redcat.org