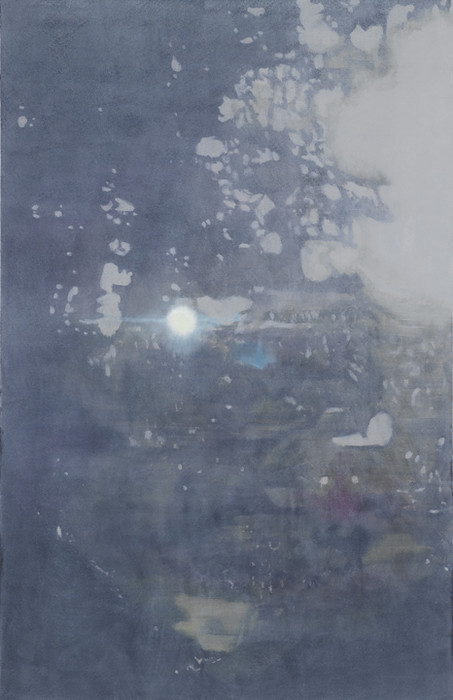 Roberts & Tilton is pleased to announce, Take Care, an exhibition of new paintings by Berlin based artist, Eberhard Havekost. Works included in Take Care, Havekost’s second show at Roberts & Tilton, will travel from the Staatliche Kunstsammlungen in Dresden, Germany. These recent paintings investigate the relationship between painted images and photographic sources, from which Havekost typically derives his motifs. Havekost’s photographic references drain the image of its recognizability and as Barry Schwabsky notes in the Staatliche Kunstsammlungen’s catalogue, Ausstellung:

But what about the paintings—and there are many of these as well—in which the motif is quite legible? [...] One has no trouble naming the motifs of these paintings. But still, in these cases, there is a certain invitation to project, as in the quasi-abstractions, and also a similar evocation of the futility of doing so. In the depictions of figures, this can at least in part be accounted for by the fact that in every case, the face is obscured.

Gamboni has pointed out that ambiguit¬ies which invite the viewer’s imaginative projection are favored by the Romantics [...] Havekost is no Romantic. The “abstinence from imagination”(1) evidenced by his reliance on photographic sources allies him with the Realist tradition from Courbet onward. In this Realism lies Havekost’s contemporaneity. Today, the imagination is no longer opposed to matter, but assumed to be one of its manifestations. Our propensity to project meaning into meaningless images no longer appears to be liberating but compulsive.

That’s why the beauty of Havekost’s paintings is melancholy. [...] Eberhard Havekost’s works conjure a similar relationship in how they apply simplification by subtraction to the subjects they portray.
____