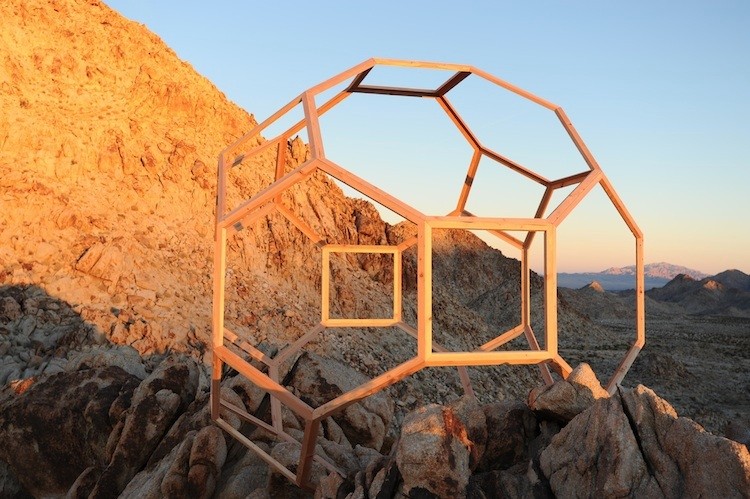 
Art making at its best and most persuasive, is essentially a two-tiered process that begins with a stratagem, a singular idea or concept that derives from the impulse to create work that pushes the boundaries of thought. The materials are employed in the service of the concept, extending that thought even further outward. This process or conceptualization also involves the element of simultaneity wherein the work is realized within a physical space, which then becomes yet another element influencing the way the work is seen, received and ultimately talked about. Thus, the “making” of any conceptually based work is ongoing, constantly active and activated.

For example, artists like David Hammons, Richard Tuttle, Louise Bourgeois and Bruce Nauman utilized their materials as an extension of their concepts and as a means of tying ideas together, and then summing them up in specifically conclusive ways. What may appear to be a simple line drawing, piece of hanging cloth or wooden structure ultimately pulls away from itself to reveal another oddly discordant level, a fractious errant mark or new direction lurking beneath the surface. It is this revelation that keeps the works in the exhibition vigorous and active. Similarly and in keeping with this process of extension and activation, the gallery itself becomes an added dimension in this process, the way the work is installed and situated within the space creating yet another layered dialectic.

In The Making brings together a group of artists whose primary working strategy embodies a purely multidisciplinary practice that derives from conceptual thought, pushing the envelope as it were between genres and disciplines. This work derives from its own genesis, examining its own nature without sentiment, and supports what the critic and conceptual artist Joseph Kosuth described in his essay, "Art after Philosophy," as "All art (after Duchamp) is conceptual (in nature) because art only exists conceptually.” In the Making implies inherently that there is no going back to a purist philosophy of traditional form as artists have done in the past, expanding the boundaries of what was once represented. We can only ever keep moving forward into the known.