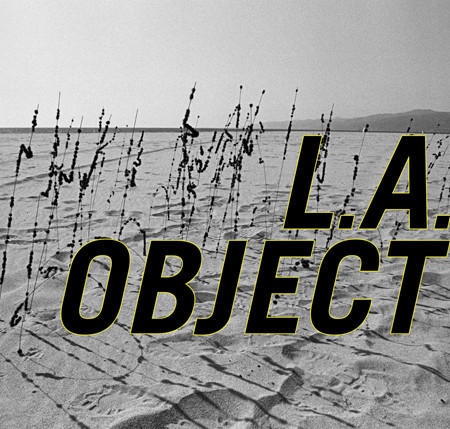 Roberts & Tilton is pleased to present the much anticipated publication L.A. Object & David Hammons Body Prints (published by Tilton Gallery, New York). Many years in the making, L.A. Object & David Hammons Body Prints is an unparalleled documentation of the work of African American and multicultural artists working with assemblage in Los Angeles in the 1960s and 1970s, a movement that grew out of the historical European context of Dada and Surrealism. The book, which brings this groundbreaking work to the larger public for the first time, reveals a multiplicity of viewpoints that reflect the African American experience during one of the most tumultuous periods in United States history. It also represents the most comprehensive examination to date of David Hammons' body prints and early work.

L.A. Object re-examines works by artists who were often seen as the core of the L.A. assemblage movement, yet who are largely unknown and forgotten by the art establishment. The book illuminates the important role these artists played by presenting their work in the context of the historical milieu out of which it emerged - an era that gave birth to the civil rights and black power movements, the 1965 Watts rebellion, and general social and cultural upheaval. L.A. Object focuses on work that consists of sculptural assemblages made of diverse found and manipulated objects and materials. These assemblages arose not only out of the artistic compulsion to create art in difficult circumstances, but also spoke directly or indirectly to the turbulent times. For these artists, assemblage was a metaphor for change that reflected the transformative power of art on the individual and society. During this period, art became a tool for liberation and empowerment, challenging stereotypes through humor, imagination, metaphors and abstraction.

Central to the book are the unique body prints of the internationally acclaimed American artist David Hammons. Often socially and politically charged, Hammons' body prints and other works were seen mostly in the context of the other African American Los Angeles artists. Only after his move to New York did he become internationally known for his assembled sculptures and installations. In his body prints, Hammons creates nuanced, ironic and often political commentaries. This mature body of work has rarely been presented within the art historical context from which it arose.

Nine essays give historical perspective as well as personal viewpoints, and include edited excerpts from the Oral Histories conducted by U.C.L.A. After a series of introductory essays, L.A. Object is divided into four main sections that focus on David Hammons, John Outterbridge Noah Purifoy and Betye Saar. Additional sections highlight the work of 15 other artists.

John Outterbridge arrived on the scene in 1963, bringing with him from Chicago his earliest assembled sculptures. Active as a community organizer, he played an important role among his peers. Also socially and politically active, Noah Purifoy was director of the Watts Towers Arts Center when the 1965 riots broke out. Together with artist Judson Powell, he created 66 Signs of Neon, an exhibition that consisted of assemblages made from the burned out remnants of the Watts Rebellion, and that toured from 1966 to 1972. Betye Saar, a pioneer female artist, created works assembled out of found, but carefully selected objects, often placed in small boxes with drawers or window panes, or in collages that addressed the personal and cultural issues of being an African American woman.

Through extensive plates, writings, essays, and ephemera, as well as a selected exhibition history and an exhaustive checklist, L.A. Object meticulously documents and contextualizes the work of these extraordinary Los Angeles artists, bringing them to the forefront, and garnering them the international recognition they so rightfully deserve. It is an essential addition to the libraries of art collectors, students, curators, art historians, and anyone interested in the assemblage movement, contemporary art, and the history of African American art.

L.A. Object accompanies the critically acclaimed exhibitions of the same title on view at Tilton Gallery in New York in 2006, and Roberts & Tilton in Los Angeles in 2007.

Roberts & Tilton is a Participating Gallery of Pacific Standard Time: Art in L.A. 1945-1980. This unprecedented collaboration, initiated by the Getty, brings together more than sixty cultural institutions from across Southern California for six months beginning October 2011 to tell the story of the birth of the L.A. art scene. For further details, please visit pacificstandardtime.org

Gallery hours are Tuesday - Saturday 11:00am - 6:00pm.
Parking is available on the street and at Dunn Edwards.
For additional information, please contact Lindsay Charlwood at lindsay@robertsandtilton.com or 323.549.0223.