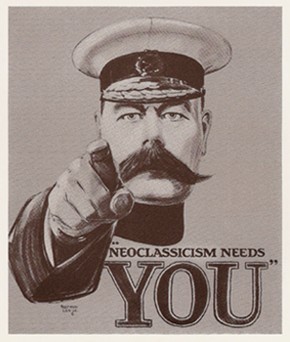 Rob Tufnell presents a retrospective exhibition of printed works made by Ian Hamilton Finlay between 1967 and 2002.
Primarily a poet, in 1961 Finlay founded the Wild Hawthorn Press to publish and distribute his writing.
The following year the Press began to produce the journal of Concrete Poetry, ‘Poor Old Tired Horse’, and from 1963 posters and editioned prints and then later the postcards, folding cards, proposals, pamphlets, belles lettres, missives and broadsides from which the majority of the items in this exhibition are drawn.
This exhibition focuses on smaller, more ephemeral works, spanning his career. Recurrent themes and subjects include the French Revolution, the iconography (and camouflage) of National Socialism, the Pacific theatre of the Second World War and improved landscapes – either historical or relating to his own: Little Sparta in the Pentland Hills, south west of Edinburgh.
Other works relate to specific disputes: with the Strathclyde Regional Authority, the Scottish Arts Council, Catherine Millet (the founder editor of Art Press), Waldemar Januszczak (then art critic for the Guardian newspaper) and Gwyn Headley and Wim Meulenkamp (authors of the National Trust’s ‘Follies.
A National Trust Guide’, 1986): all of whom engaged Finlay’s wrath through misrepresenting his work and motivations.
Infused with poetry, philosophy and history Finlay’s work and choice of subjects can be seen to have been informed by his own personal history: his upbringing in the Bahamas (where his father was a seafaring bootlegger), his evacuation from and military service in the Second World War and early employment as a Orcadian shepherd and an advertising copy writer. Such a history might be traced in recurrent subjects: boats, militaria, pastoralism and a distrust of the establishment.
Ian Hamilton Finlay was born in the Bahamas in 1925. He moved to Scotland in 1931 where he lived and worked until his death in 2006. Finlay was nominated for the Turner Prize in 1985. Solo exhibitions of his work include those held at the Scottish National Gallery of Modern Art, Edinburgh (1972), the National Maritime Museum, London (1974), the Serpentine Gallery, London (1977), Kettle’s Yard, Cambridge (1977), Kröller-Müller, Otterlo (1980), Aberdeen Art Gallery (1986), the Bibliothèque Nationale and the Musée d’Art Moderne de la Ville de Paris (1987), Musée d’Art Contemporain, Dunkerque (1988), Kunsthalle Hamburg (1989), Kunsthalle Basel (1990), Fruitmarket Gallery, Edinburgh, Tate Liverpool, Philadelphia Museum of Art, Frankfurther Kunstverein, Kunstverein Friedrichshafen (all 1991) Leeds City Art Gallery, ICA, London (both 1992), CAYC Buenos Aires, Lenbachhaus, Munich (both 1993), Deichtorhallen, Hamburg (1995), Landesmuseum, Mainz (1998), Joan Miro Foundation, Barcelona (1999), McMaster Museum of Art, Hamilton (2000), The Scottish National Gallery, Edinburgh (2001), Tate St. Ives (2002), Inverleith House, Edinburgh (2005) and Southampton City Art Gallery (1976, 1984 and 2008). His work was included in Documenta 8, Kassel and Skulptur Projekte Münster (both 1987).
www.robtufnell.com