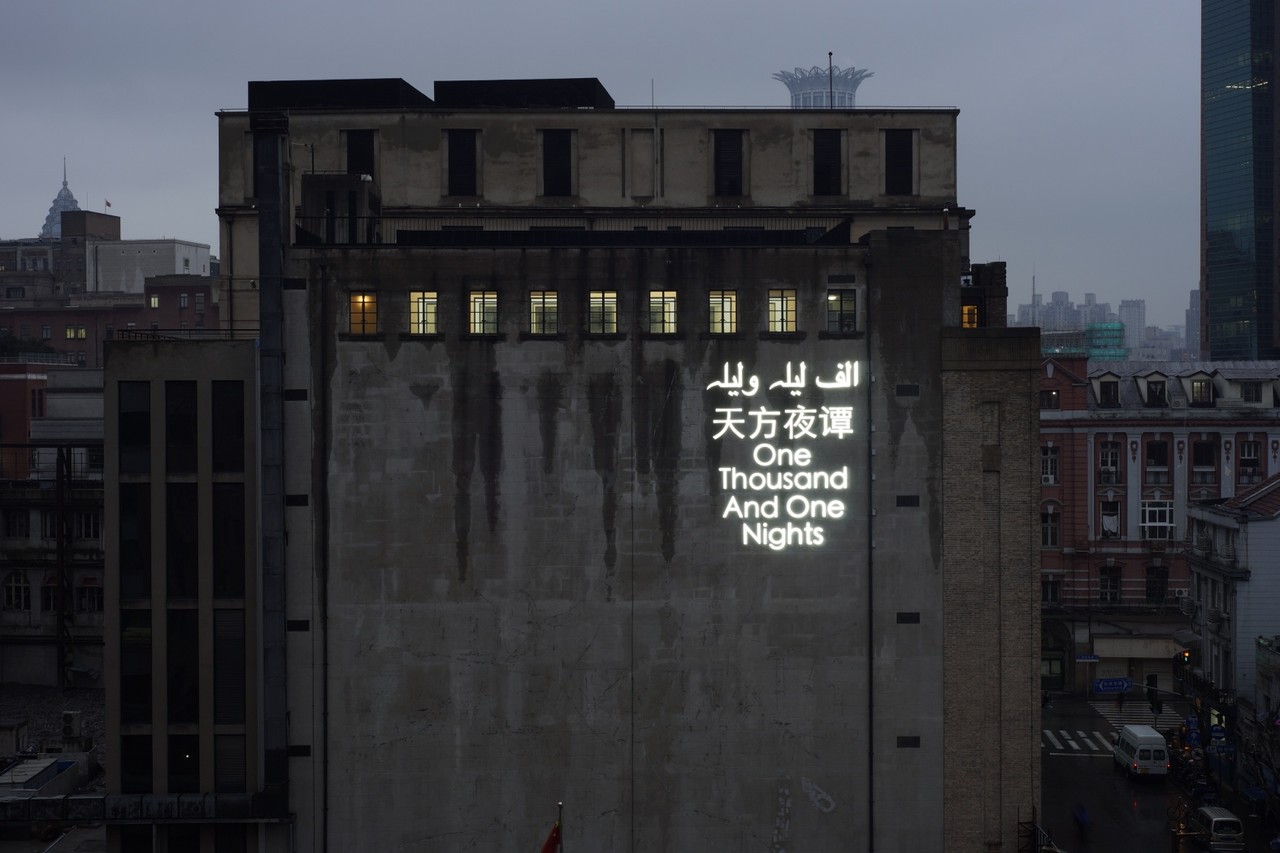 Heman Chong often draws references from a multitude of things that we do not usually classify within the same group. He is able to place modernist literature such as Waiting for Godot by Samuel Beckett, alongside something as banal as Mr. Bean and The Road Runner, and even the gossip newspaper Apple Daily as if they belong together. "Ifs, Ands, or Buts" can be interpreted as a fiction which may never be put into words. A fiction that is absurd and bizarre, one that is equipped with a sardonic, black humor, where different situations find themselves misplaced in the realm between reality and fantasy.

The exhibition begins with a site specific installation entitled Legal Bookshop (Shanghai). It involves the displacement of the gift shop with a bookshop. For this work, Chong hired Ken Liu, a lawyer who is also an award-winning author and translator of speculative fiction via email. Chong wrote, as an invitation:“I would like you to select books that touches on the idea of the law; including both fiction and non-fiction books. They can be textbooks that law students use for their studies, books that lawyers use for reference, copies of the legal acts in China, novels where characters get entangled with the law, books that touch on the history of the law, maybe even books on scientific laws. I want you to interpret the idea of ‘the law’ when you think about this list.” The choice of books is solely Liu’s. Chong’s involvement is merely to invite him to participate by selecting the books, all of which will be available for sale at this temporary bookshop.

The duo channel video installation Re-Re-Re-Run screens every single episode from Rowan Atkinson’s Mr. Bean and Road Runner animations, played repeatedly for the entire duration of the exhibition on a large outdoor LED screen with the sound from both channels amplified to an unbearable level. The Mysterious Island is a sad and unfulfilling recreation of the elusive and utopian Peach Blossom Island, using plastic peach blossom trees in full bloom ordered on taobao.com, set against a background of walls painted blue, a blue often used in film production as blue screens. A large-scale light box installation titled One Thousand And One Nights, which will be installed on the north façade of the museum, highlighting the differences in meaning of the title of the classic collection of stories in Arabic, Chinese, and English. Papaya Daily, a work that functions both as a short story and an installation, the name of which is also an anthology of gossip Chong has heard of or read about since 2003. Endless (Nights), is a monumental sculpture made up of ten thousand copies of unprinted, blank newspapers sit quietly in a darkened room. Finally, the performance, Everything (Baike) will witness a series of readers sliding over the content of Baidu Baike, the Chinese online encyclopedia, as an unrealized, unfinished fiction.