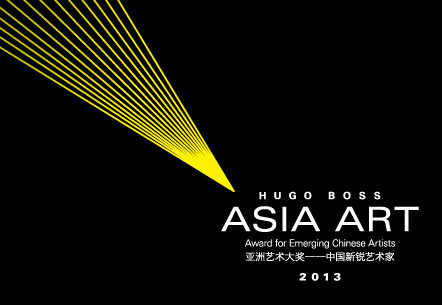 The HUGO BOSS ASIA ART, a new biennale award initiated by HUGO BOSS and Rockbund Art Museum, takes special focus on contemporary art in Asia to think, invent and represent the social, economical and cultural changes of Asia in a post-global era.

(Focus on contemporary Asian art)
HUGO BOSS ASIA ART creates a new art award in Asia, following the HUGO BOSS PRIZE co-founded in 1996 by HUGO BOSS and the Guggenheim Foundation. This groundbreaking biennale award is conceived and curated by the Rockbund Art Museum that carries a stipend of ¥300,000.

HUGO BOSS ASIA ART intends to combine an art award with curatorial practice and a continuous theoretical research platform for inventive and collaborative projects. “We consider Asia as a construction and as a question to investigate rather than a monolithic area and fixed identities, and decisive social, economical and cultural mutations in Asia generate and request constant re-mapping of the contemporary arts. Furthermore, economical and cultural growths in Asia are based on different models and diverse contexts which deserve to be specifically analyzed. Under globalization, the interrelations between the commonplace and the singular should cultivate diversity and contradiction as the basis of our representations of reality.” Mr. Larys Frogier, Chair of the jury of HUGO BOSS ASIA ART and the Director of Rockbund Art Museum, stated.

“We are very happy to partner with the Rockbund Art Museum in Shanghai, which is well connected to the local art scene, has China-wide visibility and international recognition and is renowned for the highest level of professionalism and credibility. This can only provide a foundation for a lasting and fruitful cooperation. The Award for Emerging Chinese Artists has been initiated to answer the dynamics of the Asian and Chinese art scene and will reward artists whose outstanding body of work and artistic achievements distinguish them from their peers, making a significant contribution to the art scene. ” Dr. Hjordis Kettenbach, the Head of Cultural Affairs of HUGO BOSS, praises for this lasting and fruitful collaboration for supporting contemporary arts in Asia.

(Focus on emerging contemporary artists)
HUGO BOSS ASIA ART aims to support emerging contemporary artists. Emerging artists are those who are in the early stage of their artistic creation and exhibition practices, question, extend and enrich the possibilities of contemporary art. They do not only deconstruct established codes of art, but fully take the risk of offering unexpected forms, experiences and meanings into the process of making and seeing the picture. Emerging artists in Asia could be closely connected to the specificities of their artistic, social and cultural contexts, but it is the way they express these specificities into a strong, fresh, powerful, critical and emotional visual experience that will make these emerging artists relevant for the HUGO BOSS ASIA ART.

HUGO BOSS ASIA ART is launched in the context of China and inaugurated from the Rockbund Art Museum, Shanghai. We would like to devote the inaugural 2013 HUGO BOSS ASIA ART to emerging Chinese artists originated from mainland China, Taiwan, Hong Kong and Macau. Rockbund Art Museum will constitute, for each edition, an independent jury composed of independent curators, museum directors, art critics and artists who have been fully involved in and contributed to the evolution of contemporary arts in Asia and internationally. Finalists who are selected from nominations will present their representative works at the Rockbund Art Museum with the winner being announced during the exhibition.

To further explore the intellectual and social potential of this award and exhibition, a full educational and research program has been conceived to reflect upon the current challenges of contemporary art in Asia. It will be organized during the exhibitions and will also extend in-between two editions to activate future topics and contexts. Running from July through to the end of the 2013, the series of programs will include dialogues with curators and artists, talks with critics and researchers, and symposium with other experts including the jury members and award finalists. The future editions of HUGO BOSS ASIA ART will orient on other areas and other contexts, each edition adding one to another in order to constantly move the lines according to the transformations and topics in Asia.

As Mr. Larys Frogier articulated, “HUGO BOSS ASIA ART chooses to promote art as a fundamental critical space for debating the future of contemporary art in both local and international scopes. We argue that art is above all a practice for disensusrather than consensus, on the basis of which cultural exchanges and learning process can be forged: creating space for discussion, stimulating thought, and imagining symbols, allegories and all the other intrinsic metaphors of cultural creativity and social dynamism.”

(Timeline)
The finalists present their works in an exhibition to be held at the Rockbund Art Museum from Friday, 13 September 2013 to Sunday, 8 December 2013.
The Announcement of the Winner will be held on Thursday, 31 October 2013.
www.rockbundartmuseum.org