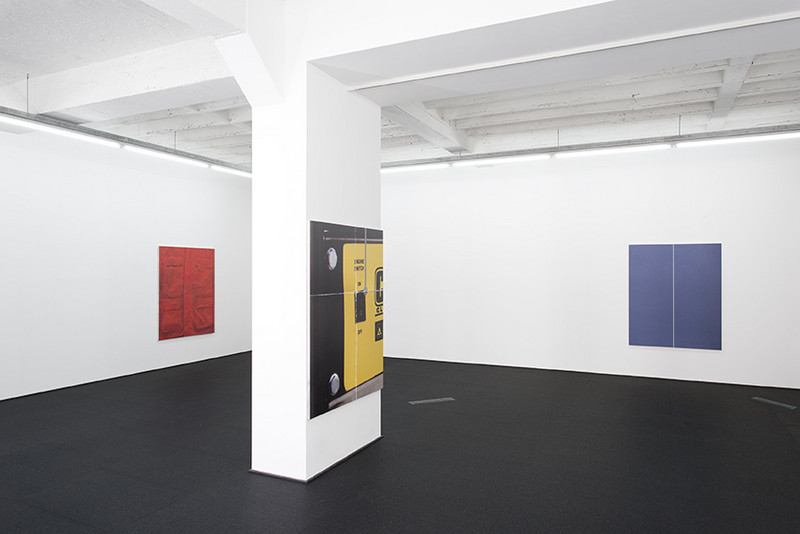 Function gives purpose to the unremarkable, initiating an object’s lifespan constantly at odds with its consumption. Efficiency takes precedence until the capacity for perfection has been depleted by use. Entire value systems are based on this principle, with warranties and guarantees underscoring the human commitment to longevity.

Working within the territories of mass-produced goods, Alex Perweiler has undertaken a pointed examination of their identities as functional products. But rather than addressing their utilities through a perfected representation of the original, he instead accounts for the residue of their lifespans in images that have been printed upon aluminum panels. In these pictures, Perweiler documents the effects of a natural breakdown, emphasizing the character acquired by these objects through unforgiving encounters with their environments. The unintended marks and gestures they register are born from the histories specific to each object, steadily accumulated through their practical applications - the withering of a manufactured identity.

Laid across the floor are slabs of heavy duty rubber, recalling the insulated padding of weight rooms and athletic arenas. The thick pieces of chemically-treated material are forged from old car tires - objects stripped of their pre-existing value that have been recycled into new product for further consumption. Here assigned a new function, the rubber begins the process of circulation through the world afresh, calling attention to its service as a stage for physical transition. The rubber’s sterilized uniformity stands in relief against the subjects of the images, as well as a series of mudflaps that Perweiler has embedded within the floor. The flaps, originally designed to protect the underside of utility vehicles from dirt and debri, serve as mediators between the works upon the wall and material spanning the floor.