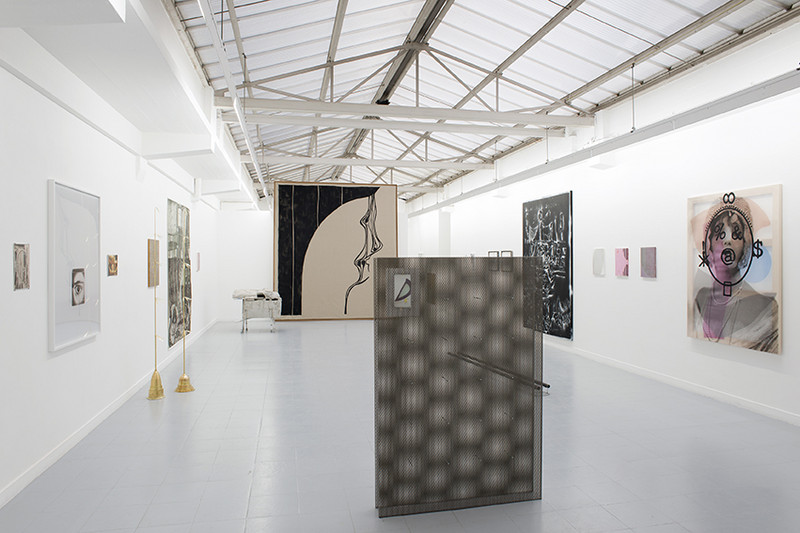 The title of the show is borrowed from that of a late allegorical work by the Belgian painter James Ensor, an artist whose visual and textual clues may at times suggest various interpretations. In this particular instance Ensor appears to be mocking the position of an aloof critic. Painted in 1939, the composition features an ear and writing implements hovering above an inkwell and a book bearing the title, all of which are being effusively spat upon, fountain-like, by a host of fantastical figures, as well as a parrot and a pig. Ensor, whose picture-making here can be characterized as a form of self-reflexive play, is perhaps both composer and audience, delighted by his staging and the mischievous performance. Ensor's position cannot be seen as neutral, for he has chosen a side, most likely his own. Appearances, we readily admit, tend to be misleading, and our interpretation may be entirely off the mark. Even so, the notion of doing as you please and saying what you want remains forever tempting, and whether on the part of the artist or the critic, or the curator and collector as the case may be. To "let them laugh" is ultimately a display of great restraint, resolve, and self-confidence, an act which affirms that a higher purpose is meant to be served. More than seventy years after Ensor imagined this picture, the fact that artists continue to explore the world in ways which alter our perception of reality, and of ourselves, reminds us of the very permeability of the set of circumstances we call art. Moreover, we acknowledge how difficult it remains for an expanded visual realm to be verbally articulated and defined in any way that satisfies the endeavor. Experience always comes first, and silence is never the last word.

When I first wrote these initial notes, a number of artists responded positively to the "non-committal" nature of my remarks. I learned long ago that it's better not to say what a show is about before the fact. Because when a show actually happens, you realize that it's about something else that was only half-expected. A show, like an artwork, only begins to reveal itself once it's done, and even then the assembled works are brought together very briefly. After a show has closed, they are returned to galleries or to the studios in which they were made, or they go on to new lives with their adopted families, to the homes of collectors. Somehow, in preparing for this show, I had imagined myself not only as someone who surrounds himself with art as a means to comprehend the world and himself, but as a young man who had actually known James Ensor, who passed away in 1949. Perhaps they had met near the very end of Ensor's life and the beginning of his own. If he had been 20 at the time, today he would be 84 years old, or close to the age when Ensor died. And what if he is still somehow actively engaged with the art being made today, with the work of the artists in this show? It happens, of course, that for some of us the pursuit of art becomes a central part of life's journey. The fact that this may sound romantic to many should not in any way discourage the few for whom it will be true. Although this fictional collector and I do not reside within the same body, we inhabit the same mind. At his advanced age he remains engaged with the art of a younger generation, and while his family and friends may think him foolish as he acquires any number of strangely beguiling objects and pictures, he simply sits back, does nothing, and lets them laugh.