Disaster / The End Of Days 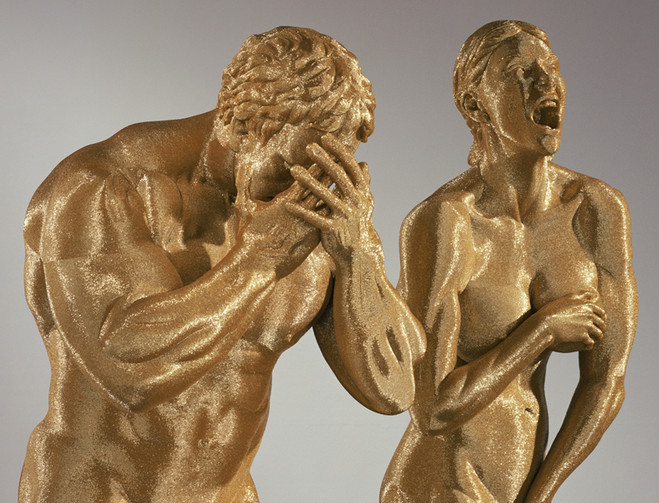 Galerie Thaddaeus Ropac is delighted to announce the opening of the exhibition Disaster-The End of Days at its new space in Pantin. This exhibition is co-curated by the art historian Michael Bracewell, author of the catalogue text.

The word disaster comes from “disastro” (dis- and astrum, “bad star” or “star out of position,” thought to cause harm). It expresses the notion of catastrophe, decline and destruction, a wholly negative event.

The theme of disaster has a rich iconography and set of interpretations, and continues to fascinate contemporary artists. This exhibition looks at current perceptions of disaster through a dialogue between artists from a variety of cultural and social backgrounds, working in media from painting to photography, video and installation.

Among the first representations of disaster we find religious scenes such as the expulsion of Adam and Eve from paradise and the betrayal of Christ by Judas. It became a generic term in biblical iconography. Artists Zhang Huan and Liza Lou found inspiration in these biblical episodes, of which they offer a highly personal and original interpretation.

Disaster is also present in scenes from Greek mythology, which continue to inspire artists. With his installation of letters lying on the floor and spelling the name “Icarus,” Jack Pierson offers a metaphorical, textual reference to the fall of Icarus. Robert Longo’s bronze sculpture revisits the fantastic animal that is the chimera, fusing historical and Pop elements.

The theme also embraces political and historical questions. This aspect of disaster is evident in portraits of dictators, such as Yan Pei-Ming’s painting of Gaddafi’s corpse, and works by Georg Baselitz and Anselm Kiefer revisiting 20th-century tragedies in Germany and Europe, and asking how we are to deal with their heritage.

Other artists have a more individual perception of disaster. The work of Amos Gitai relates his personal experience of war. Here, the filmmaker becomes a photographer, offering us original images of wars that oscillate between recollections and memory work.

The portrait genre explores a more individual vision of calamity, psychological destruction and human disaster. With Barry X Ball, for example, the mutilations of the soul are the result of personal degeneration.

For Gilbert & George disaster takes on a social dimension, with evocations of vandalism, crime and the omnipresence of violence in our society. With Marc Brandenburg, the work points up human fragility and solitude.

The illustration of disaster may also draw on news events, whether historical or recent, as in the work of Philippe Bradshaw, who relates the episode of the Raft of the Medusa, referring not only to Gericault’s painting but also to the actual wreck in 1816. More recent, Nate Lowman juxtaposes a flood in Brazil with that of a fire in Scotland.

Some artists’ take the idea of disaster to its logical conclusion by destroying the work itself, or having it self-destruct, as in the installation of mirrors by Banks Violette, which is put under pressure by a hydraulic system until it shatters and collapses in the course of the exhibition.
www.ropac.net