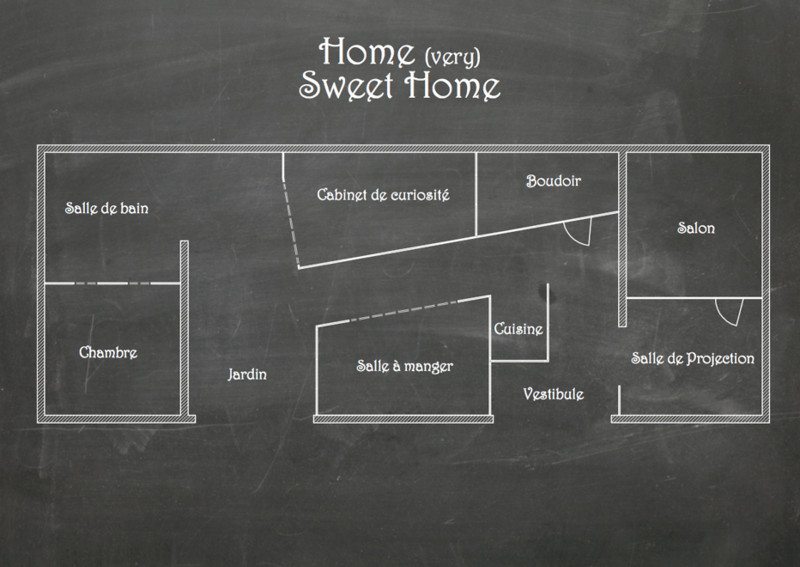 An apartment in which Art and Design room together

"The Marquis, who had seen how touched she already was by the beauties in the living room, had finer things to show her and trusted she would be touched even more by more touching objects. He took care not to prevent her from hastening to her destiny."

With the exhibition HOME (very) SWEET HOME, Galerie Thaddaeus Ropac has imagined an apartment in which works of art and objects of decorative art are used to stimulate the spectators' senses, their emotions, and their mood. The visitor reproduces the movements of the seducer in La Petite Maison (The Little House), a 1758 novella by Jean-François de Bastide in which a libertine wagers that he can seduce a woman simply by exposing her to the beauties of his little house. As the story unfolds, the reader is shown the gradual effect that the aesthetics of the house have on the sensual desires of the two protagonists.

To share space with material or ethereal artworks and objects sublimates qualities associated with the body, the senses and the emotions. Our perception of our surroundings is modified by a psycho-sensitive vibration that corresponds to the notion of 'sensuous architecture' put forward by Condillac in his Treatise on the Sensations (1754) and by Nicolas Le Camus de Mézières in his book The Genius of Architecture or The Analogy of that Art with our Sensations (1780). "Let illusion reign supreme", Le Camus de Mézières writes, echoing de Bastide's La Petite Maison, where sensuous architecture is cast in the leading role.

The “affectations” refer to a spatial conception that emphasises emotional states and underlines a sensuous quality in design and art capable of arousing powerful emotions. In this domestic journey, where the frontiers between the personal sphere, topography, and mental landscape become blurred, visitors are invited to imagine the transformations in their identity and behaviour that are brought about by entering into dialogue with the works.

In La Petite Maison, it was the architect Jacques-François Blondel who made use of libertinage to make architecture and the decorative arts part of the social habits and the morals of his time. In the same spirit, HOME (very) SWEET HOME sets out to establish a dialogue between artists and designers. The works act as a seductive accompaniment to each visitor, whether they are hunter or prey. It is a sensual and intellectual adventure involving both the body and the soul.

Who knows if the combination of design and art can act as an instrument of amorous persuasion?

With the collaboration of Galerie Dutko and Galerie Ymer & Malta
www.ropac.net