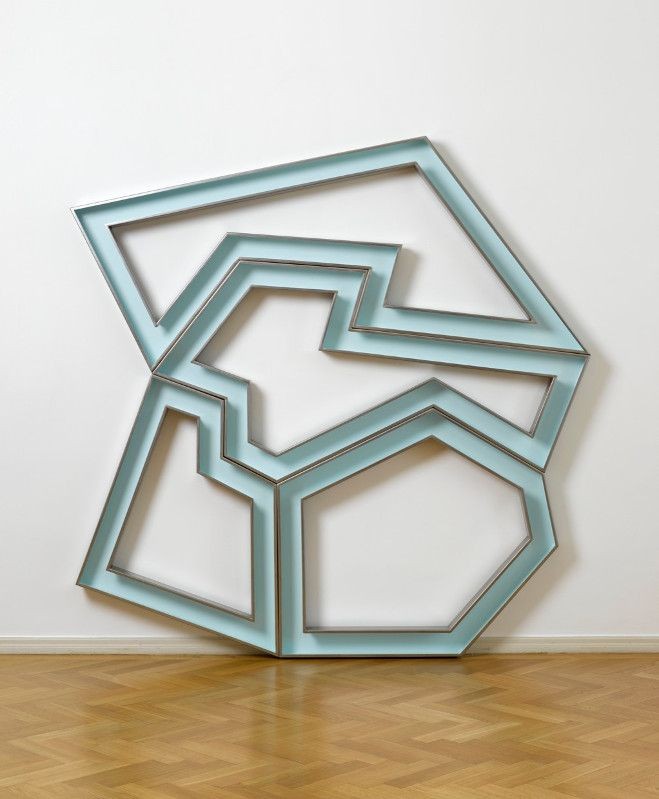 Along with Tony Cragg (b 1949) and Antony Gormley (b 1950), Richard Deacon is one of the most important contemporary British sculptors. His existential study of form and space reveals a fundamentally new approach, the determining factor being his treatment of the most diverse materials. The wavy, convoluted sculptures with their intricate rhythms and the biomorphic spatial objects are amongst the most complex works of modern sculpture. His early career was already marked by experiments with diverse materials and forms of artistic expression, which included performance, photography and drawing. Typical of his work is his keen interest in the specific consistency of the materials used, ranging from laminated wood to concrete, PVC, stainless steel and ceramics. Deacon's sculptures appear as complex lineaments, rhythmic intertextures or organic objects, impressive in their extraordinary interpenetration of form, surface and space.

In 1999, Richard Deacon began working with ceramics in a Cologne workshop. In Paris we are showing three enigmatic biomorphic sculptures of this material, multi-coloured and with a gorgeous glaze.

“Different thicknesses of the clay sheets affect how it folds, so that the bends in the convoluted surface vary. The looseness of form-making in these sculptures and their intensely coloured glazes speak of a radical materiality that disturbs any sense of structural harmony and perhaps has something in common with Lucio Fontana’s polychromatic sculptures of the late 1930s and early 40s. If the glazes of earlier works seemed to Deacon to be insufficiently complex as a paint surface, seeing a Tang dynasty pot with an egg and spinach glaze – a lead-based glazing that becomes very fluid in firing, running down the post-surface and dragging the oxide colour with it – in the Museum of East Asian Art in Cologne was the impetus for a more radical approach to glazing. Determinedly experimental, his approach to materials was unhampered by anxieties about technique, the result being that in this body of work colour appears to weep down the surface of the object” (Clarrie Wallis, 2005/10).

Here the ceramic sculptures are juxtaposed with three brightly coloured, powder-coated stainless steel sculptures from his Alphabet series, which in their clarity, austerity and graphic aesthetic form a contrast to the swirling surface of the ceramic sculptures. They are composed of several pent-, hex- or heptagonal fields that fit together like honeycombs or segments of a spider's web. These objects – something between mural, relief and freestanding sculpture – lean against the wall and touch the floor. The focus is on the interplay of positive and negative form, on the understanding that a sculpture is not defined through its surface alone, but mainly through its intervening spaces.

A series of 12 works on paper are presented simultaneously. Fragile and poetic, these drawings all have a coloured background, which incorporate the vocabulary of his sculptural work. These works allow to better understand the basic idea and the first seeds of Richard Deacon's work as a sculptor.

Richard Deacon (b 1949 in Bangor, Caernarvonshire) lives and works in London, Paris and Cologne. His work has been shown nationally and internationally in many solo exhibitions held in museums and galleries including the Tate Gallery/London (1985), Bonnefanten Museum/Maastricht (1987/88), LA MoCA (1988), Whitechapel Art Gallery/ London (1989/90) and PS1/ New York (2001).
A comprehensive retrospective entitled The Missing Part opened in 2010 in the Musée de Strasbourg and was subsequently shown in the Sprengel Museum in Hanover, in 2011. The Centro de Arte Contemporáneo in Málaga presented a solo exhibition in 2012/13. In 2014 the Tate Britain in London showed a comprehensive retrospective of Deacon's work from 5 February until 27 April.

Richard Deacon has taught at the Düsseldorf Academy of Arts since 2009, having previously taught for twelve years at the École Nationale Supérieure des Beaux-Arts in Paris. He was awarded the Turner Prize in 1987, and represented Wales at the Venice Biennale in 2007.
www.ropac.net