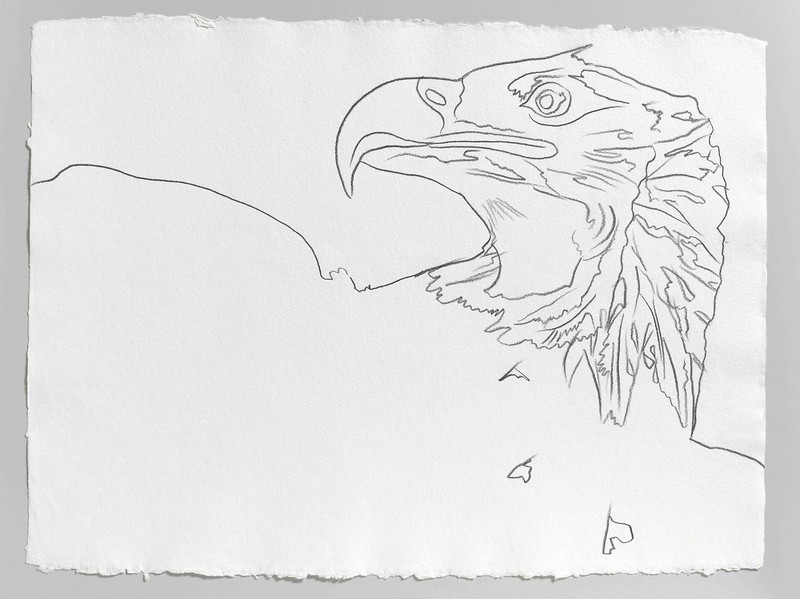 After Warhol had begun his Pop Art prints in the early 1960s, apart from small sketches there was hardly any further use in the Factory for works on paper. Not until drafts were needed for the production of multi-layered screen prints did large-scale drawings find their way back into Warhol's oeuvre. It was drawing, however, more than any other technique, that proved important for his creative process. In his works on paper, the artist isolated the unrefined form of the motif, in his own idiosyncratic way, thus gaining a clear idea of the object in question. With the help of this process, Warhol successfully highlighted the desired message.

In 1983, Andy Warhol made a series of pencil drawings showing ten animals from endangered species, to be followed later by a series of colour screen prints. The original drawings will be shown along with the portfolio Endangered Species, which was commissioned by Ronald and Fraya Feldman. The couple had for many years been active in environmental conservation and political questions, supporting innovative art projects and installations in the Ronald and Fraya Feldman Gallery in New York. At that time, animals on the list of endangered species included the San Francisco Silverspot Butterfly, the Black Rhinoceros, the Bighorn Ram, the Pine Barrens Tree Frog and the Bald Eagle. According to the Feldmans, the idea of the portfolio emerged after conversations with Warhol about environmental conservation. Both privately and as an artist, Andy Warhol always championed animals, and when Ronald Feldman suggested the project, Warhol enthusiastically agreedto it.
www.ropac.net