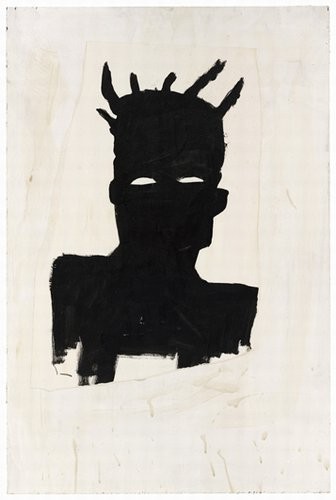 Self-portraits have always exercised enormous fascination, since they allow the viewer direct contact with great artists. The first self-depictions date back 4,000 years, but it was not until the Renaissance, when the painter's status rose from artisan to artist, that the self-portrait became an inherent part of the painter's oeuvre, and it has remained so.
It gives us great pleasure to announce a comprehensive group exhibition on the theme of the self-portrait, with contributions from some thirty artists of the most diverse generations. The exhibition is intended as a survey of the genre, so that the collection of over fifty works, dating from between 1957 and 2007, gives a vivid and multifaceted picture of contemporary artistic self-portraiture.
The history of the self-portrait can be divided into various facets according to period: ancient and medieval works, for instance, use no physiognomic copy, which was later required as a matter of course, but ultimately abandoned and deconstructed in the Modern movement. In early religious, mythological or historical works, the face of the artist appears somewhere in the crowd, like a pictorial signature. Moral qualities, social status, artistic legitimation, autobiographical elements and even a wide variety of moods are depicted as central concerns of the artist.
Female painters, who had first to fight for recognition by society, have been in evidence since the 16th and 17th centuries. In order to emphasise their own skill, artists would depict themselves painting at the easel. A mirror served as an instrument for self-interrogation and at the same time as an aid to composition. The Italian critic Omar Calabrese wrote that the historical development of these categories reveals abstract basic ideas at the centre of the artist's self-confrontation: identity, evidence of authorship, symbol of an ideal or role, technical mastery.
Our exhibition begins with Man Ray's legendary gold-framed mirror, dating from 1957. The artist entitled it Selfportrait, and – in the best Surrealist tradition – involves the viewer in a bewildering dialogue with the actual producer of the work.
The late 1960s and early 1970s are represented with works by Anselm Kiefer, Joseph Beuys and Valie Export.
Kiefer shows a work associated with his legendary books Heroic Symbols and To Genet (1969), which were systematically misunderstood in Germany at the time: in these works the artist is shown standing in a vast desert, giving the Nazi salute, which degenerates into a grotesque, meaningless relic of a past age, the empty landscape serving merely as a projection screen. Photographic works by Joseph Beuys and Valie Export illustrate how one's own body can become material for art. The picture-frame as medium for artistic expression has been replaced by the frame of the artist him/herself. In addition, Georg Baselitz is represented with a striking selfportrait from the mid-'70s, in which the expressively distant figure appears like a mere tool for applying the oilpaint to the canvas.
The 1980s have the three most prominent figures of the New York art scene: Jean-Michel Basquiat, Robert Mapplethorpe and Andy Warhol. Basquiat's neo-expressivity, based on the graffiti art tradition, encounters the perfectionist neo-classicist iconography of Mapplethorpe and the pop-art aesthetic – now iconic – of Andy Warhol, and its reflection of technical reproducibility. Alex Katz, one of the father-figures of pop art, participates with a large-scale self-portrait as a swimmer (1991).
About half of the works shown were created in 2007 especially for the exhibition. Works by the most recent generation, such as Marc Brandenburg, Lisa Ruyter, Bernhard Martin and Jonathan Meese, join those of the middle generation, such as Donald Baechler, Stephan Balkenhol, Tracey Emin (this year's Biennale participant), Antony Gormley, Jack Pierson, and those by established artists: Gilbert & George, Tony Cragg, Francesco Clemente and Not Vital.
For further information on the exhibition please contact Arne Ehmann, +43 662 881 393 or arne.ehmann@ropac.at
www.ropac.net