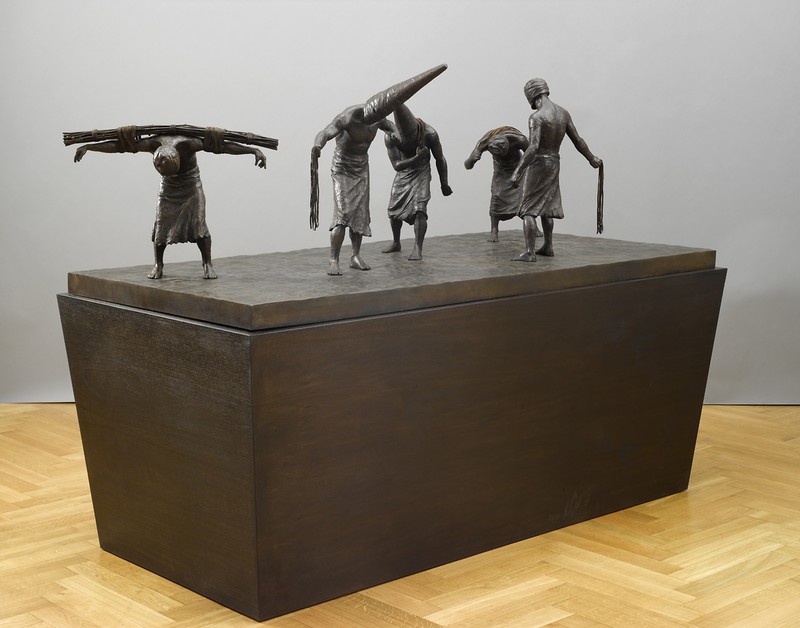 In Cooperation With The Salzburg Festspielhaus

The Salzburg Festival, in collaboration with Galerie Thaddaeus Ropac Paris/Salzburg, presents a comprehensive exhibition of works entitled Furies, Beasts and Servants, by the American artist Robert Longo (b 1953 in Brooklyn, New York). The artist will be present at the opening in the Haus für Mozart on 25 July 2014.

Robert Longo was the first artist invited by Gerard Mortier – in 1993, early in his era – to design the stage-sets for Mozart's opera Lucio Silla. Also since 1993, Longo's four large-scale cross-shaped paintings Dreams with the Wrong Solutions (1992), first shown briefly in the Fridericianum in Kassel, have been on view in the foyer of the Large Festival Hall.

The Festival invited Robert Longo to contribute works to this year's Festival Programme, as well as to hold a solo exhibition in the Haus für Mozart and the Karl Böhm Saal for the duration of the 2014 Festival. After studying the programme, the artist drew his inspiration from Mozart's opera Don Giovanni. He asked Ildebrando dʼArcangelo, who sings the title role in the new production, to stand model for a photo-shoot in Paris, and transformed the picture into a large-scale work. Selecting three actresses to represent in gesture and expression the roles of Zerlina, Donna Anna and Donna Elvira, he played with the fears and desires of the modern woman in relation to the classical seducer. Then he used the images produced in these sessions to create spectacular works of art especially for the Salzburg exhibition.

The compelling figure of Don Giovanni and the women under his spell, depicted at his side, their expressions ranging from fury to devotion, lend a psychological dimension to the field of tension surrounding the powerful sculptures, each of which derives its dramatic quality from a different extreme physical form. Besides twelve large-scale and ten small-scale charcoal drawings, two bronze sculptures will be on show – one after Goyaʼs Procession of the Flagellants, and a historical sculpture begun in the early 1980s –, together with a new glassfibre fabric sculpture reminiscent of the artist's iconic series Men in the Cities, from the early 1980s.
www.ropac.net