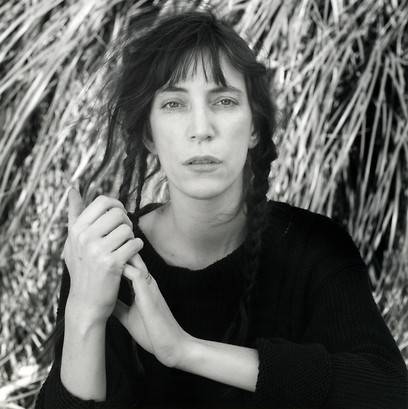 n the programme of exhibitions announced this summer on the occasion of the 30th anniversary of its gallery in Salzburg, Galerie Thaddaeus Ropac is delighted to announce an exhibition of works by legendary American photographer Robert Mapplethorpe. The gallery has invited French actress Isabelle Huppert to curate the exhibition. This is the latest in a series of exhibitions devoted to Robert Mapplethorpe that have been curated by artists such as Cindy Sherman, David Hockney, theatre director Bob Wilson and, in 2011, film director Sofia Coppola. The idea is to offer the public a different and more personal take on his work.

The Robert Mapplethorpe Foundation, which is based in New York, gave Isabelle Huppert free access to its inventory. She has selected over a hundred works, mixing emblematic photos with snapshots and little-known, sometimes unpublished Polaroids.

In exploring the vast range of subjects tackled by Mapplethorpe, Isabelle Huppert gave free rein to her sensibility. One has the impression that she selected her photos the way one meets people in life. Her choices reflect a fondness for mixing the unusual with the timelessness of beauty, the flavour of the moment, the immutability of silence. She places sublime nudes, whose lighting brings out the perfect contours of the bodies (Ken Moody, 1985 in colour), beside more natural, or very elaborate, shots of Lisa Lyon (Lisa Lyon, 1982), the photographer's favourite female model. And she brings floral still-lifes with a motionless purity of line (Calla Lily, 1986) into juxtaposition with an almost Proustian bouquet (Tulips, 1988) and portraits of staring, melancholic women.

As Isabelle Huppert herself admitted, "I look at each Robert Mapplethorpe photo as if I were reading a poem. In the ones I have chosen, his way of seeing the world is pent with softness – and silence. They are silent photos. In that particular world that he made his own, everything is connected. He blurred the frontiers, merged the mobile and the immobile. His flowers are alive, almost human, and his bodies are frozen in their eternal beauty. Each photo is pure emotion. In each one of them there is a perfection of form, the delicacy and mystery of light and shade. Robert Mapplethorpe, the photographer poet."

Robert Mapplethorpe was born in 1946 and grew up in a Catholic family on Long Island, New York. He studied painting and sculpture at the Pratt Institute, Brooklyn. He took his first photos with a Polaroid and in the mid-1970s began to make photography his main means of expression. In the early 1980s he created the classic images with which he is usually associated: sculptural male and female nudes, floral still-lifes, formal portraits of artists and celebrities. In 1988, knowing that he was dying, he created the Robert Mapplethorpe Foundation to represent his work. He died the following year. Today the foundation is very active. A large part of his work has entered the permanent collections of the Guggenheim Museum, New York, and, more recently, LACMA (Los Angeles County Museum) and the Getty Museum, Los Angeles.

Isabelle Huppert is one of the most famous French actresses of her generation and has won awards at Cannes, at Venice, and at the Césars. She was noticed early in her film career for her role in Bertrand Blier's Les Valseuses. The close understanding between her and Claude Chabrol enabled him to use her in all the different genres – comedy (The Swindle), drama (Story of Women), thriller (Nightcap), and literary adaptation (Madame Bovary). These days she works as much with French directors such as Jean-Luc Godard, Maurice Pialat, and Patrice Chéreau as non-French directors, including the Taviani brothers and Michael Haneke. At the same time, she continues to work in French theatre and also internationally with directors who include Bob Wilson and Peter Zadek. In July 2013, she was on tour in Australia, at the Sydney Theatre Company, acting in Jean Genet's The Maids, directed by Benedict Andrews.
www.ropac.net