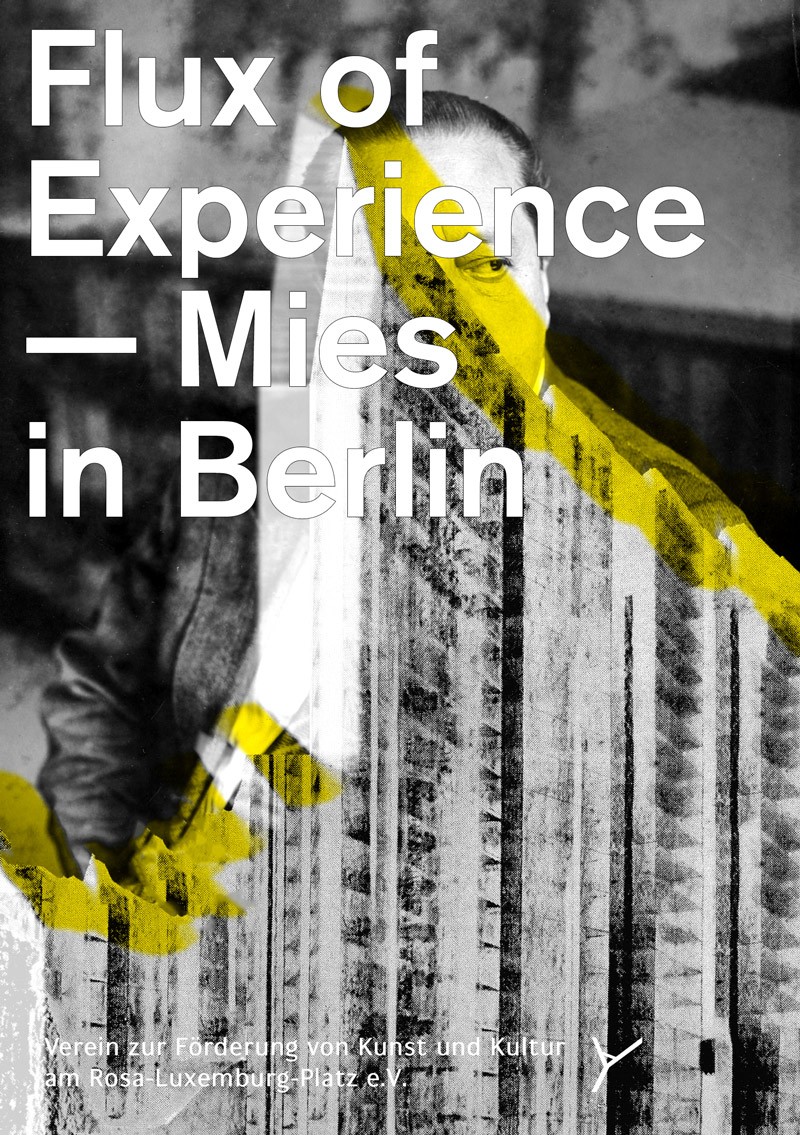 Mies in Berlin is the title of the first record of the Bauwelt Archive, documenting a long conversation with the architect which took place when – after 27 years – Mies van der Rohe returned to Berlin in 1964 to build a gallery of the 20th century. This moderated monologue is the starting point of the exhibition Mies in Berlin – Flux of Experience.

Prototypes, designs and original photographs from the Swiss Neumann Hug Collection are confronted with works by contemporary artists, who deal in an individual way with different, even problematic, developments of modernity, all of which were decisively pushed by Mies van der Rohe’s designs. As divers as the artistic approaches and the media used are, all the works that deal with Mies van der Rohe combine a mixture of admiration and critical distance, not least because of the still faszinating spatial concepts and the reflective qualities of his architecture.

In addition, the lecture The Future is Old by the Norwegian artist Øystein Aasan will take place on 19 June 2018 at 20 h.

The talk traces various architectural archetypes through history up to, and including modernism. The visual part is collaged material that Aasan has worked on for a number of years, with a specific focus on Louis Kahn and Mies van der Rohe. It includes parts of an unfinished essay on ruins and building’s relation to egocentrism. An early version of the talk was conceived for the Museum of Contemporary Art, Oslo in 2013, included in the show Inside Outside Architecture.
www.rosa-luxemburg-platz.net