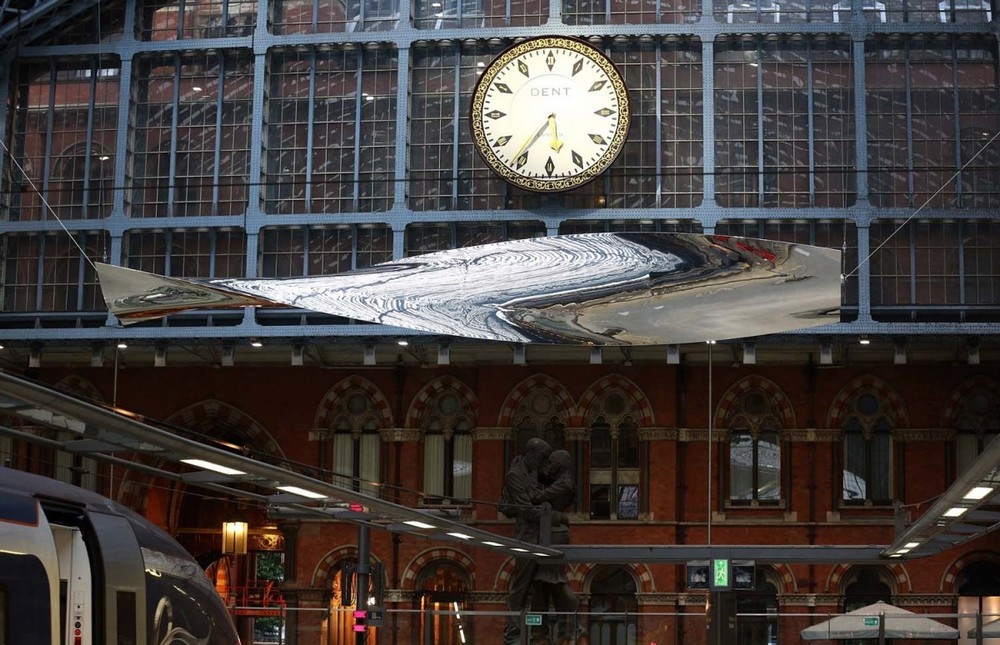 Visitors to the station will be greeted by a monumental aluminium installation created by the celebrated sculptor, Ron Arad RA. Thought of Train of Thought is the second public artwork in a four-year partnership between the RA and St Pancras International.

Suspended on wires from St Pancras International’s Grade 1 listed Barlow Shed roof, the work comprises one 18-metre twisted blade made of aluminium, rotating slowly to create an optical illusion. Ron Arad RA said: “The rotation and the horizontal movement take turns in the viewers’ perception as the readings of the object alternate and the hypnotic effect is greater than the means, so will hopefully be the delight of the public at St Pancras.”

The Tel Aviv-born sculptor is renowned for his public sculptures in London, Tokyo and Madrid, as well as major retrospectives of his work at the Centre Pompidou in Paris, New York’s MOMA and the Barbican in London. As part of the Summer Exhibition 2016, Arad has created a new work, Spyre, for the RA Courtyard until 21 August.

Arad’s work marks the fourth year of the Terrace Wires public sculpture commission at the station, following Cornelia Parker RA’s One More Time, a life-size replica of the station’s clock, in 2015.

The commission is the Royal Academy’s only external public sculpture series in London and is free to view.
www.royalacademy.org.uk