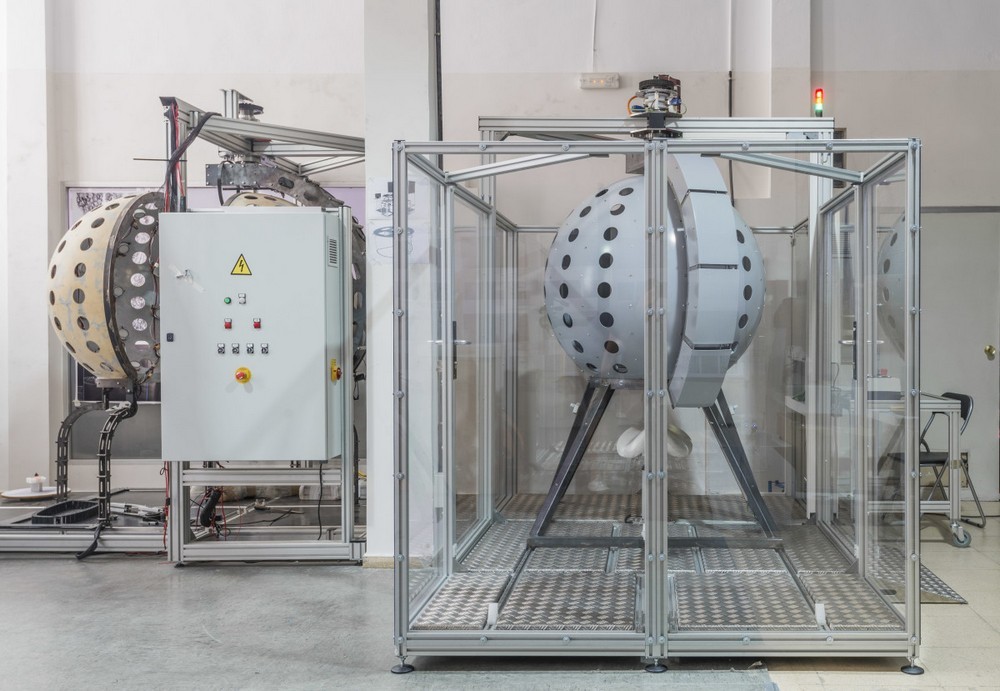 Elisabeth Lalouschek
Five 3D models of different views of the head of Elisabeth Lalouschek, Artistic Director of the October Gallery. Elisabeth’s hair caused some confusion in the scanner and it was retouched in ZBrush, an organic modeling software, to make a coherent form.
© Factum Foundation
THE VERONICA SCANNER
Live 3D portraiture
2 — 11 September 2016

Art has always sought to reproduce a true likeness between image and form: from Pygmalion falling for his own sculpture in Greek myth, to the rise of photography in the 19th century.

A new interactive project at the RA celebrates the next stage in this story: the art of 3D photogrammetry in the 21st century. For ten days in September, we will be home to the Veronica Chorographic Scanner, a bespoke 3D head scanner. In a matter of seconds, the scanner uses eight cameras to capture 96 high resolution photographs of the human head from every angle, mapping even the finest surface details. These images can then be processed into a digital 3D model, replicating every feature of the face in intricate detail.

Come and see the Veronica Scanner in action as it converts the images it captures into stunning digital portraits. As the 3D models are processed, they will be uploaded to an online gallery, accessible to the public.

Visitors can enter the Weston Rooms for free and watch as the images taken from the scanner are converted into 3D portraits in real time and added to a growing studio display. The project space has been designed by RIBA award-winning architect Charlotte Skene Catling, of Skene Catling de la Peña.

As part of the experiment, every day one scan will be selected at random to be carved into a wooden bust by a highly specialised robot, lent from the Bartlett School of Architecture at University College London. A group of 3D printers will also create busts, allowing the public to witness the 3D printing process in real time. The display will be supported by a curated exploration of 3D photography through the ages: the process by which art and science together have striven to perfectly capture and replicate the complexity of human features.

The Veronica Scanner is a project by Factum Foundation, whose previous work includes a scan of Tutankhamun’s tomb in Luxor, Egypt and a re-materialised copy of Caravaggio’s Nativity with Saint Francis and Saint Lawrence in Italy. Factum Arte, the workshop in Madrid that built the scanner and from which the Foundation emerged, has worked with a number of Royal Academicians including Anish Kapoor, Grayson Perry, Conrad Shawcross and Gillian Wearing.