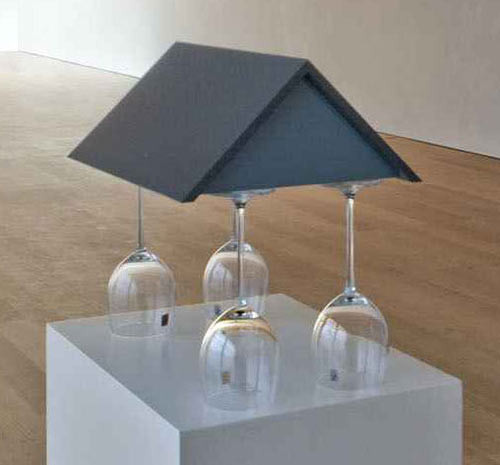 Ludger Gerdes (*1954 in Lastrup near Cloppenburg; †2008 in an accident near Dülmen) was one of the most important German artists of his generation. Starting out from the context of the Düsseldorf Academy of the 1970s and 1980s – he studied painting under Gerhard Richter from 1977 to 1982 – Ludger Gerdes strove to create works of art that were free from dogma, uninfluenced by ideologies and altogether open to contradictions and inconsistencies. He was critical of the correlation that exists between museums, exhibitions and artists and sought to respond with solutions based on philosophically literary and artistic models.
To this end he queried the relationship between art and life and found the “missing link” in architecture and, in particular, in the landscape gardens of the late 18th and early 19th centuries. One of his best known works in the “public space” is his contribution to the Münster Sculpture Projects in 1987, for which he created his “Ship for Münster”, a two-master with a bow, stern and cabin surrounded by a kind of moat. Two poplar trees served as the masts and the cabin took the form of a pavilion. Gerdes’ word sculptures, such as the neon sculpture ICHS (EGOS) of 1989 in the garden of the Museum Haus Esters, Krefeld, likewise count among the important parts of his oeuvre.
His explorations of surfaces and pictorial realities found expression in his paintings, graphics and photo diptychs. For the forthcoming exhibition we have succeeded in bringing together a whole diversity of works that show the enormous breadth and many different aspects of his oeuvre.