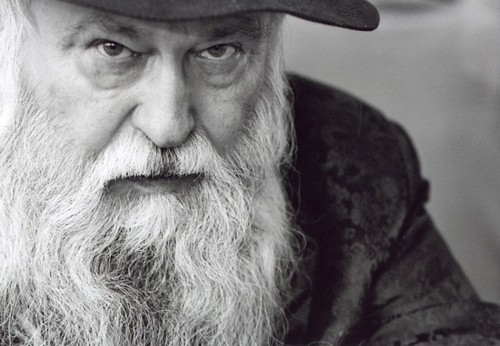 Stella Art Foundation is proud to present the first Russian exhibition by internationally acclaimed artist Hermann Nitsch, one of the founders of Viennese Actionism.

Though it may look ultra-radical, Hermann Nitsch’s art, which straddles the boundaries between history and modernity, Christianity and paganism (his mystery actions, during which he skins animals, smears human bodies with their blood and so on, are ritual sacrifices in which the artist himself, clad in a white robe, takes on the mantle of a high priest) is part of a centuries-long artistic and cultural tradition. Medieval painting, Rubens, Nietzsche, Freud, Wagner, Klimt, Schiele, Schoenberg are the sources of his creative inspiration.

The principal subjects of his mysteries are those of sacrifice, suffering, death and rebirth expressed in the most naturalistic manner possible – not for nothing did Allan Kaprow call Nitsch the “Grünewald of Happenings.”

The exhibition at Stella Art Foundation is a retrospective featuring works from various periods made using various techniques – photo-documentation of actions (from the earliest in the 1960s right up to the present day), his splatter paintings (Nitsch calls them “action paintings”), and a specially-equipped cinema which will screen films documenting Nitsch’s actions and performances.
www.safmuseum.org