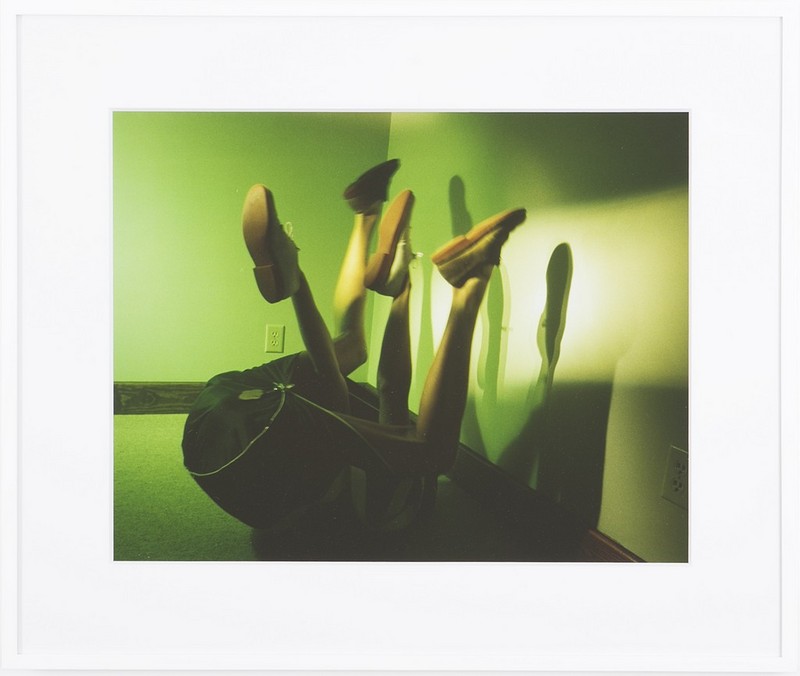 Party Picks brings together a selection of DeSana’s photography from 1975 to 1987 that includes portraitsof a number of prominent figures of the downtown New York art and music scene, as well as an overview of his staged investigations of the limits of both photography and the human body.

DeSana’s images are both unnerving and seductive. Captured in both suburban homes and New York City apartments, these vividly lit photographs feature an assortment of characters engaged in a simultaneously familiar and estranging dance with household props and gel-covered tungsten lights.

In DeSana’s pictures, the body is inscribed within the conventions of the photographic medium as well as the sensibilities of his punk milieu. This aesthetic statement was, at the time, not only indicative of an investment in conceptual and technical rigor, but also a subversive stance against accepted modes of artistic representation. Mediated through the lens of the camera, DeSana’s subjects, iconic and anonymous alike, become pliable forms that move within and among layers of culture and representation.

DeSana died of AIDS related illness in 1990 at the age of 40 in the midst of one of his most productive periods. Ultimately, he produced an extensive oeuvre that not only encompassed the complex emotional registers of sexuality, but also documented the joys and uncertainties of an underground world whose creative impact is certainly felt today. His work has been shown widely including the Times Square Show in New York, NY, New Wave at MoMA PS1, and, more recently, the New Museum’s East Village USA show and Jimmy DeSana: 101 Nudes at White Columns, New York, NY in 2007.
www.salon94.com