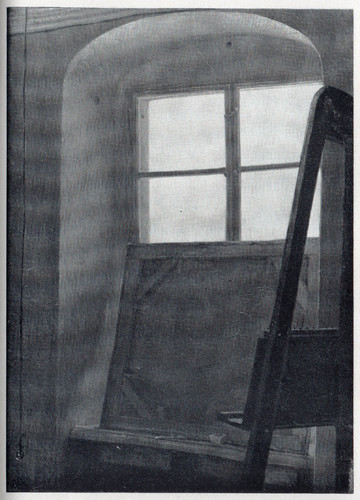 Elias Canetti wrote his first and only novel Die Blendung in 1931/32 in Vienna. It was published in 1935 and translated into English right after the war. The English book title is Auto-da-Fé, a more literal translation is ‘The Blinding’. It did not, however, attract worldwide attention and acclaim until its third edition published in 1963 by the Carl Hanser Verlag. The summers of 1928 and 1929 Canetti spent in Berlin. He translated texts by Upton Sinclair for Wieland Herzfelde, publisher of Malik, and met his brother John Heartfield, as well as George Grosz and Bertolt Brecht. Much of what he saw - Canetti described Berlin as a „Pavillion of madmen“ - allegedly went into Die Blendung.

The conception of the exhibition, initiated by artist and co-curator Raaf van der Sman, may indicate a longing for connection and a longing for a physical manifestation of a mixing of eras, as there is solace in seeing one's own horror subsumed in the horror of earlier witnesses.[4] In a sense Die Blendung lends itself quite readily to this purpose. The novel is driven by its characters’ actions towards an insane fiasco, not a single moment of suspicion is granted. Moreover, Canetti himself was very acute in the description of works of art, and looking at them often worked as a catalyst for his thought process. In fact he informs the reader about close studies of Rembrandt’s “The Blinding of Samson” (1636) at the Frankfurt Städel museum, in his autobiographical reminiscences of Die Fackel im Ohr. Lebensgeschichte 1921-1931 [The Torch in my Ear] [5] Delusion, hate, excruciating pain, impotence in that unimaginable moment outside of existence when Samson's eye is gouged, bleeding, and the second eye - still seeing - foresees its mutilation. „Through this painting, in front of which I often stood, I learnt what hatred is.“ Canetti says in Die Fackel im Ohr and concludes his book with the words „Kant became Kien, the inflammability of the world, the threat of which I sensed, was retained in the name of the principal character. But the pain was augmented culminating in the title >Die Blendung<. It preserved, unrecognisable to anyone, the memory of The blinding of Samson, which I don't even dare renounce today.“

Throughout his life, Canetti displayed a particular sensitivity to blindness. He himself attributed this to an early bout of mumps, during the course of which he lost his eyesight for several days. Blindness as a form of stoicism permeates the entire oeuvre.
A “blind man” - in quotation marks in the book as well - is a beggar and pretends to be blind. He is disgusted by the button fraud: people throw buttons into his hat instead of coins and he is forced to bear it. Professor Kien deliberately turns blind. He trains himself in blindness, later in turning into a stone, and there is a hypnotic scene where he reverses all the spines of the books in his library against the wall. Die Blendung is not just characterised by the power of its language - the images share this quality. Audibility, palpability and tangibility are intensified to the utmost.

Canetti has described the overall conception of Die Blendung as a „Comédie Humaine“. There are no psychologically defined characters. Instead, the reader meets figures that disclose themselves to him by means of their „acoustic masks“: rough, blunt, but always consistent in their own aesthesia. They are blocks that continuously react to and rebound from one another.
Not by coercion but rather because each has its own strong impetus, which expresses itself in commands. They are simultaneously closed in upon themselves and directed outwards. As a result they have an „analytical disaccord [haunt]“
(Canetti on Sinclair) intrinsically only inherent in fictional characters. Therese's self-deceptive practice of forging her husbands will by adding zeros is astonishing. Canetti thought highly of Kafka. He described Kafka's literature as a „union of awe and questionability“. The engaging, sometimes grotesque note of hope that resonates in the figures is difficult to convey, because it eschews a direct narrative voice. Is it more familiar to us in visual art?

The family is shaped in Canetti’s understanding by basic needs and private property and it is the smallest ‚crowd’ in evidence.
In 1960, after a more than 20 years work, his magnum opus Masse und Macht [Crowds and Power] [6] was published. Its analysis of massphenomena remains a solitary achievement. Particularly as the prevalent notion remains the Freudian one, where the individual abides in the crowd. Connected to this point of view is the unease towards the crowd, or an (avowed) analytical impotence. The symptoms of an ‘inarticulate and disenfranchised’ crowd have been conceptualised since the French Revolution. In Canetti’s view the crowd abides in the individual. Thus it is necessary to tackle the crowd, to approach it. And although the individual may appear to have shed the crowd, it continues to abide within, in the form of symbols.