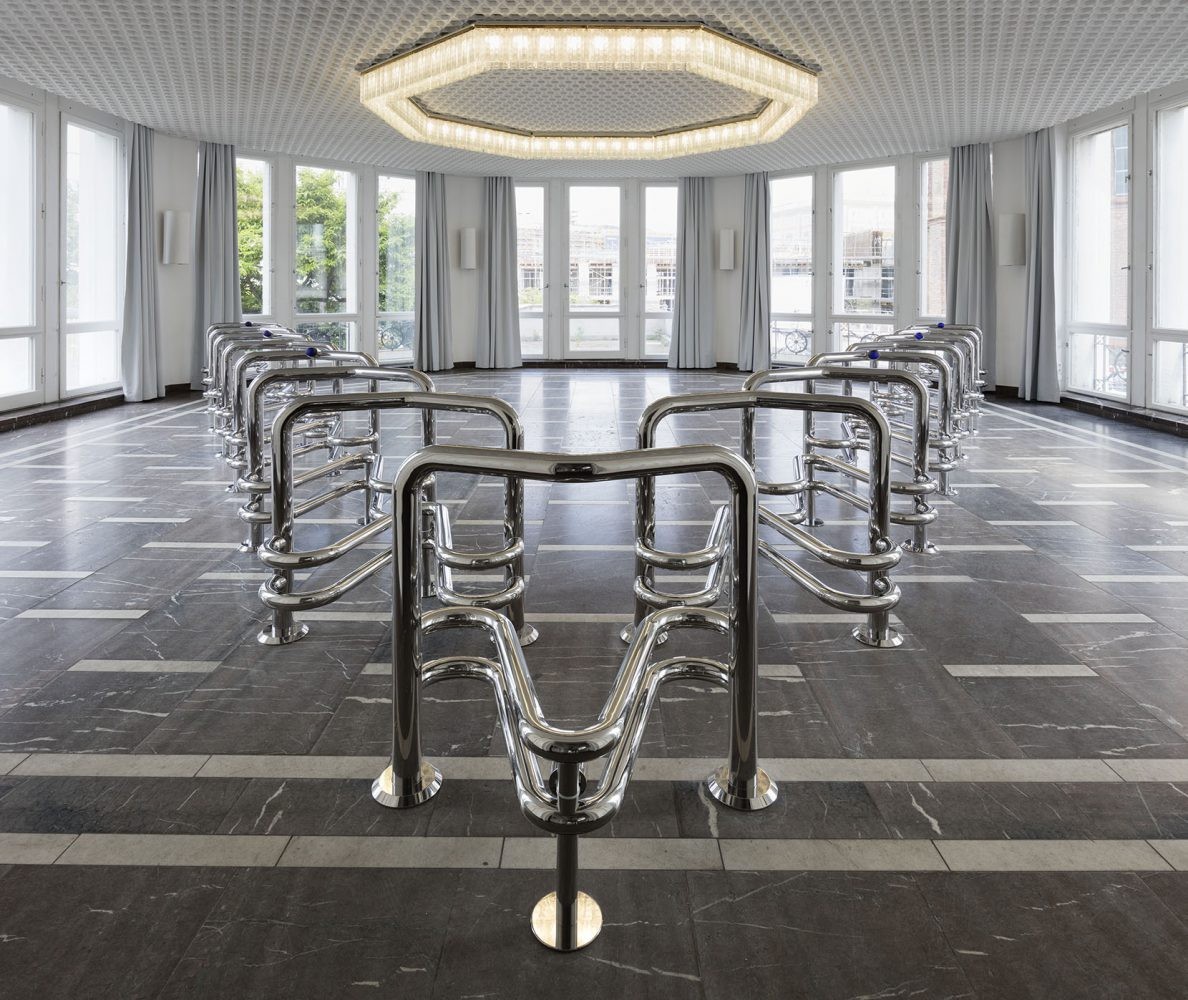 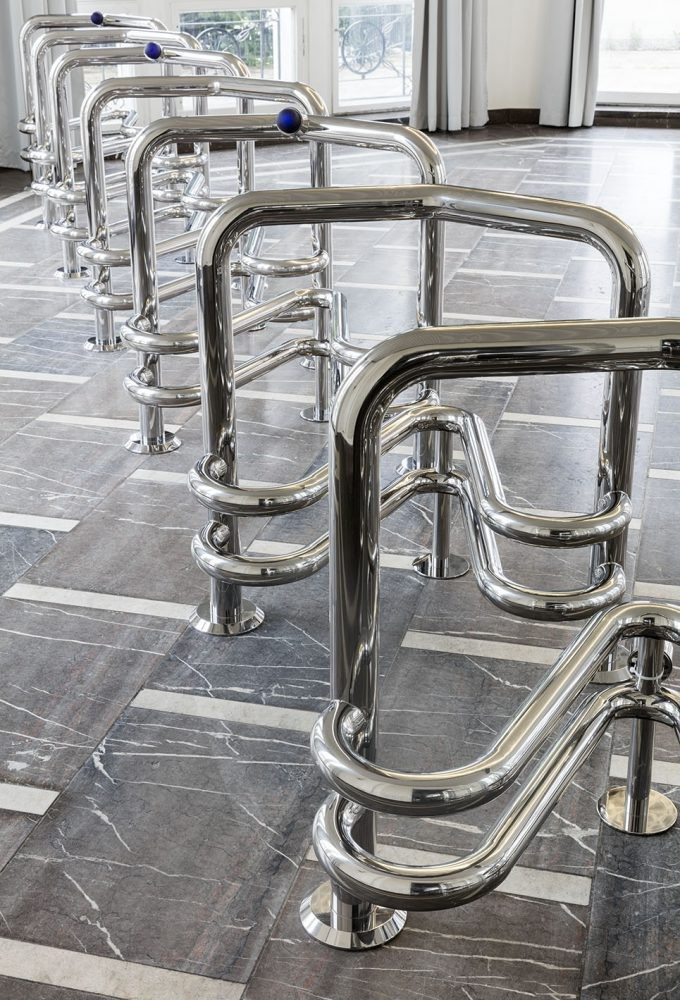 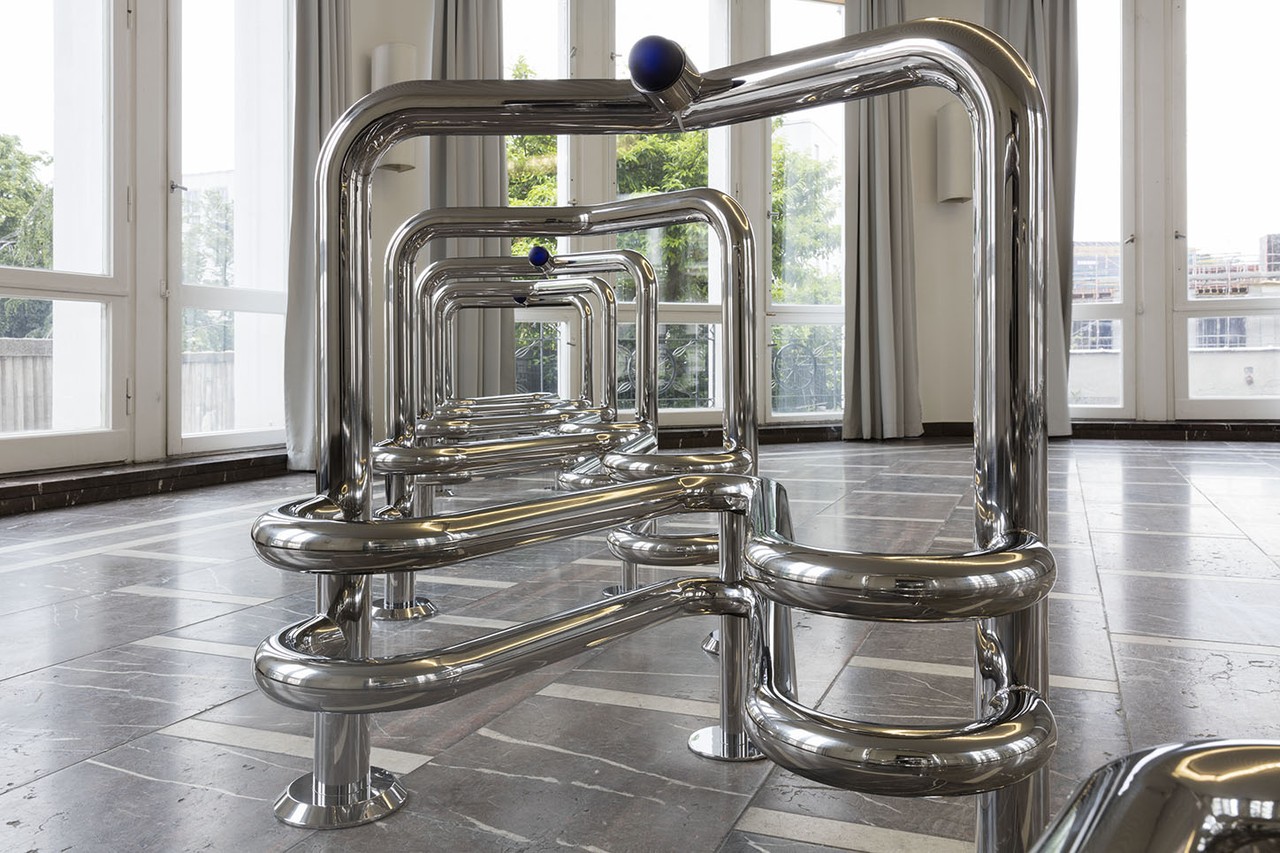 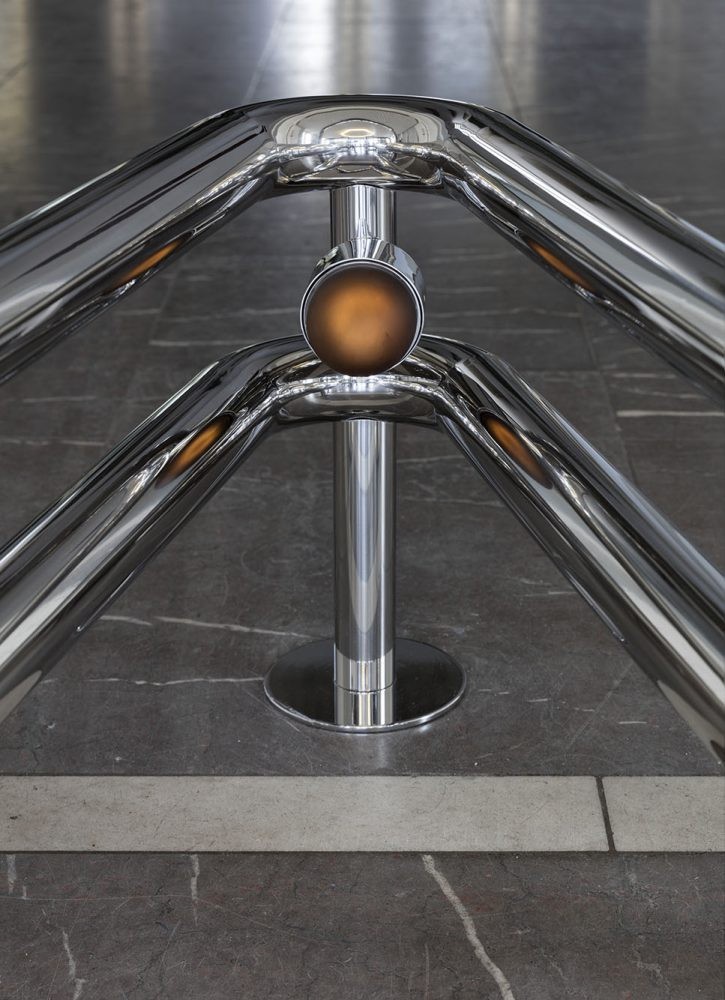 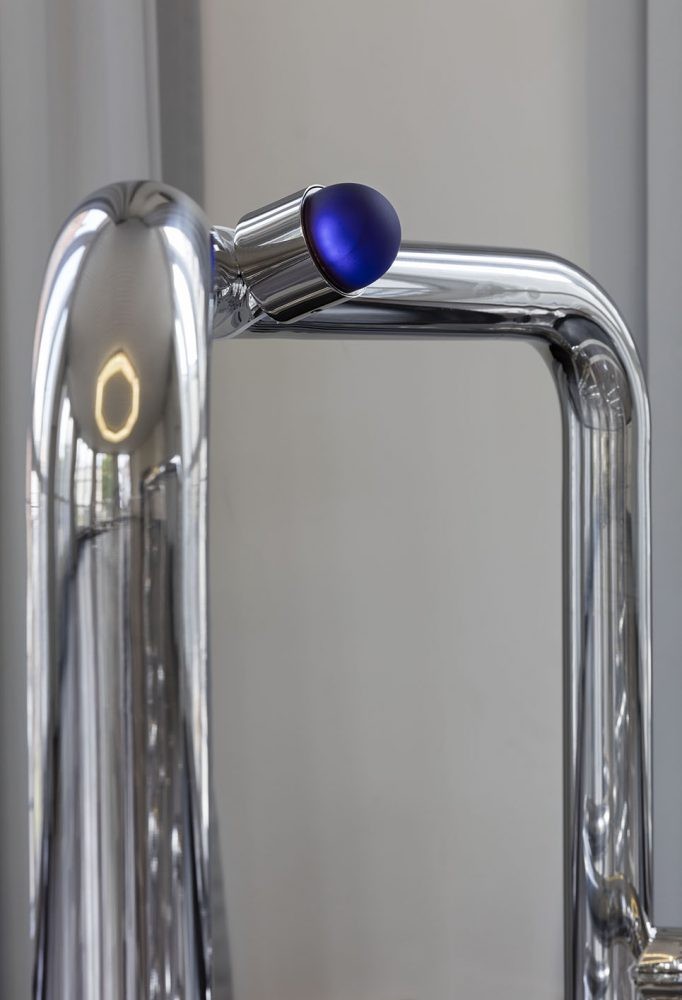 In her artistic work, Marguerite Humeau (*1986) deals with enigmatic processes: referring to cosmological, tectonic, biological, evolutionary or historico-cultural development structures, she generates works that draw on scientific research or traditions that however ignite their subject at specific points between knowledge and speculation. Via sculpture, sound, animation and video she develops forms and narratives that, in collaboration with experts in the fields of knowledge contextualised by her, establish a very distinct vocabulary between fact and fiction. Thereby, Humeau (re)animates things past or already discovered and transfers them into the era of information technology: she builds a bridge between time and space and so develops in recourse to her own form language almost abstract research situations within the exhibition space. The artist assigns physical-aesthetic forms, objects and components like sound to intangible knowledge, which become fantastic coordinates of the transformational processes examined by Marguerite Humeau, and formulate a situational cosmos within the installation space as well as a fixed position in itself.

With “RIDDLES”, Schinkel Pavillon presents Marguerite Humeau’s first institutional solo exhibition in Berlin, for which the artist conceived an entirely new work. Specifically developed for the octagon’s transparent architecture, “RIDDLES” is part of a bigger work complex of the same name that Humeau initiated with pieces realised in New York City (C L E A R I N G New York/Brussels and High Line), with other following in Zürich and Versailles. The work complex “RIDDLES” revolves around the figure and the meaning of the sphinx, which as a hybrid creature between human being and animal guards two worlds. While on the one hand she mythologically takes on the persona of a protector, on the other hand she decides upon life and death – devouring anyone who is unable to answer her riddle.

RIDDLES starts with the hypothesis that security protocoles today (for example at borders or checkpoints) are the direct biological descendants to the ancient figure of the sphinx. Humeau has been on a quest to excavate the sphinx and to resuscitate it in our contemporary era. In the installation at Schinkel Pavillon, the sphinx consists of a complex network of meandering metal gates equipped with sound-emitting equipment and glass eyes.

At first “RIDDLES” presents itself to the visitors as an installation, as an object to be viewed, but – in an unsettling turn – the beholders suddenly find themselves to be the trigger of a bizarre performance. Like the Ancient Greek sphinx, the metal creature here activates itself in the presence of humans.

In “RIDDLES” the sphinx seems to be equipped with a mysterious form of intelligence, the gates communicate together with radio signals. One seems to be giving the impulse to the group. As it performs a bizarre symphony of spinning lights and metal clicks, similar to the sounds of an industrial production line, one hears bones cracking in the background. Are they the bones of human souls who have not been able to answer its riddle? Humeau’s sphinx activates itself with human presence but has no other purpose but to perform for itself. It does not scan, it does not protect, it does not monitor, it does not archive. The sphinx has been engineered to guard itself. The system has been accelerated, short-circuited. As a result, it has been emptied of its meaning, and its jaw-sounding clicks resonate in its empty metallic shell.