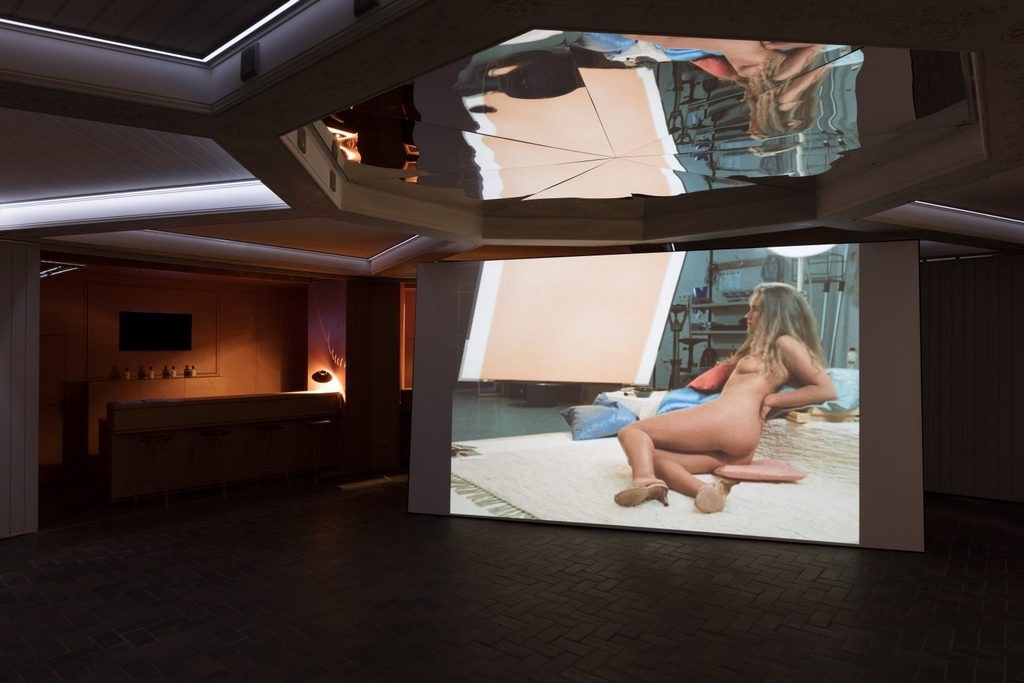 The Pierre Klossowski exhibition Roberte Ce Soir at the Schinkel Pavillon is devoted to ‚Roberte’ who forms the core of the most comprehensive series of graphic and sculptural work by Klossowski, which is exhibited for the first time in Berlin. The exhibition examines Roberte’s roles in Klossowski’s oeuvre, particularly the border of fiction and reality: as Roberte holds features of Denise, Pierre Klossowski’s wife, though the person can not be equated with the fictive character. Not only relationships of gaze are addressed, shifting from resolute to submissive, but also the complexity of role-play between regimented and unbounded sexuality.

Pierre Klossowski was temporary a priest, author, translator of outstanding philosophical and theoretical texts and artist at the same time. He grew up as an older brother to the artist Balthus and was the stepson of Rainer Maria Rilke in Berlin. In the 1930s in Paris he developed his literary and philosophical concepts within the impulsive surrounding of important surrealists as Georges Bataille and André Breton. Following an undogmatic concept of art and moral, referencing Marquis de Sade, Klossowski recurrently addressed the subject of desire, from spiritual to sexual ecstasy.

Through the complexity of his oeuvre Klossowski became a symbol of modernism: he linked the intellectual with the physical, aesthetic, philosophical, literary, anthropological and political theories and influenced strongly french thinkers like Jean-François Lyotard, Jacques Derrida, Gilles Deleuze und Michel Foucault.

The exhibition Roberte Ce Soir is accompanied by a film program on the ground floor curated by Marc Glöde.
www.schinkelpavillon.de