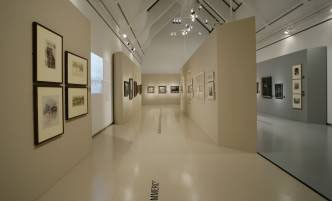 Through the interplay of capitalist economy, growing urban populations, and the transformation of social structures, modern urban life emerged during the nineteenth century. In three chapters – Urbanism, Commerce, and Politics – the exhibition will treat, using the examples of Paris and Berlin, the connection between urban development and the transformation of individuals determined by it and relate the political concept of populism to modern urban development. Whereas French Impressionist painters like Maximilien Luce and Camille Pissarro owed their typical urban motifs to the “Haussmannization” of Paris streetscapes, in which boulevards and arcades provided frameworks for the movement of the crowds, German Expressionists like Ernst Ludwig Kirchner and George Grosz focused on the feeling of angst and fascination in the face of the city’s monopolizing character. Concurrently with the SCHIRN exhibition, the Haus der Kunst in Munich and the Deichtorhallen in Hamburg will be presenting shows on the common topic of art and democracy.
www.schirn.de