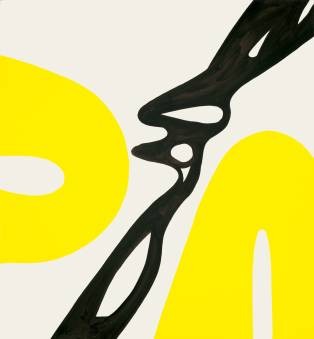 The painter Ernst Wilhelm Nay is one of the most well-known postwar German artists of the twentieth century. His abstract paintings are found in nearly all the important public and private collections devoted to the period. Less known, and up to now largely underestimated, however, are Nay’s late works from the 1960s, which were primarily executed in the years after Nay’s participation in documenta III in 1964 up until his death in 1968. Comprising approximately thirty large-format paintings and eighty-six works on paper, the exhibition at the Schirn is the first to focus on Nay’s late work. The exhibition reveals an artist who—with his bright colors and dynamic, two-dimensional forms that extend beyond the pictorial space—seems surprisingly far more rooted in the present than in the past. An additional highlight of the exhibition will be a reconstruction of the spectacular Nay room from documenta III, in which three large-format works by the artist, hung from the ceiling instead of from the walls, were presented as an environment.
www.schirn.de