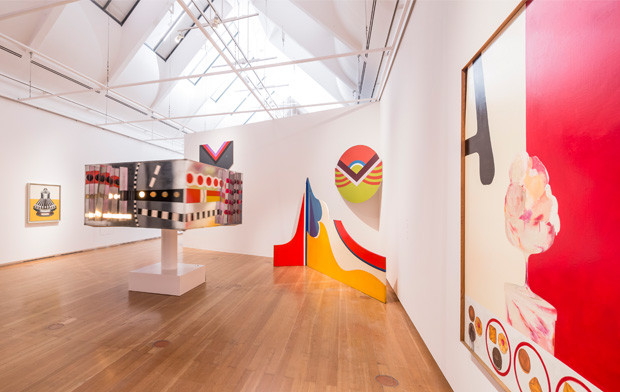 In Great Britain and the United States, the 1960s brought forth a cultural movement that would have an impact worldwide. Its universal claim to popularity is already evident in its name – the movement ostensibly fit for the masses was called “Pop Art.” Artists such as Christa Dichgans, Sigmar Polke, Manfred Kuttner, Konrad Klapheck, and Peter Roehr developed a specifically West German version of Pop Art that went beyond mere “coca-colonization.” They examined the banalities of everyday life in Germany, ironizing its narrow-minded tastes and typically German “gemütlichkeit.” As a kind of archeological investigation of the 1960s and early 1970s, the exhibition at the SCHIRN will take a closer look at the artistic activities that constituted “German Pop.” Broadening the focus to encompass far more than just the chief protagonists, it will surprise the visitors with many a new (re-)discovery. The Pop principle will here be revisited with an eye to the new realistic art production situated in a realm between entertainment and mass culture, and light will be shed on West German Pop as an expression of dissociation from a no-longer-unencumbered middle-class aesthetic.
www.schirn.de