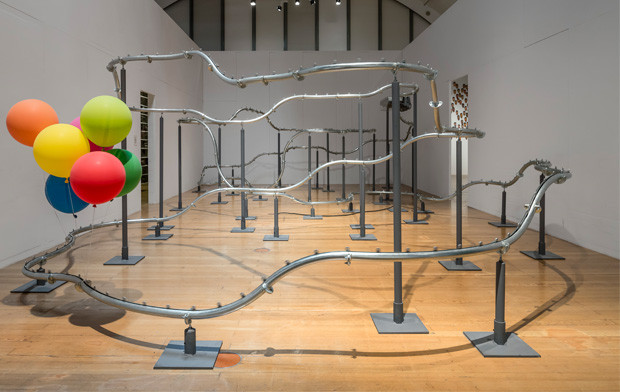 Ever faster, ever higher, ever further – the credo of postmodern society does not necessarily lead the human being to Mount Olympus. On the contrary, in the early twenty-first century man wavers between euphoria and depression, and is confronted with the enticing opportunities of a global and virtual world as well as the challenge of using them to optimize his own life on an ongoing basis. The exhibition will propose an image of today’s world with the individual at its center. In analogy to the narrative structure of the eponymous novel “Infinite Jest” by David Foster Wallace, the exhibition will spin a web of relationships between the various demands made on individuals today, demands in which the resistances and contradictions of reality – a reality often described as lacking any alternative – make themselves felt. The visually stunning films and installations by the American artist Ryan Trecartin, for instance, create a world that looks like a computergenerated version of itself moving and changing at a tearing speed and zooming in frontally on its permanently nervous, blathering protagonists. The show will feature some twenty artists, including Andrea Fraser, Alicja Kwade, Judith Hopf, Maurizio Cattelan, Kris Martin, and Daniel Richter.
www.schirn.de