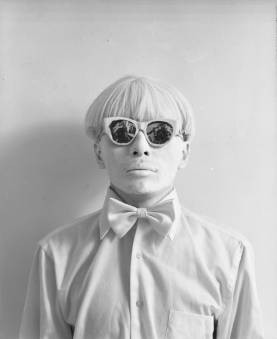 With his spectacular performances and intense installations, Terence Koh has become a widely noticed gesamtkunstwerk within only a short time. Unlike any other artist, Koh, who is of Chinese-Canadian provenance, knows how to transfer post-minimalist and body art influences of the seventies into a universe of his own in which decadence and deliberate infringement prevail. In the Schirn, the viewer will be invited to accompany Koh on a journey through a labyrinth which is to take him through the world – India, China, Burma, Belgium, Africa – into the nirvana on his search for himself. White objects – a hand, strings, buckets, a toilet, a dead bird, a flag – in a white room striking us as magic exemplify these explorations and draw the viewer into a pale world. Koh compares himself to the captain in Moby Dick: “I try to find the White Whale in these white objects, yet come upon nothingness in the end.”
Curator: Dr. Martina Weinhart (Schirn)
www.schirn.de