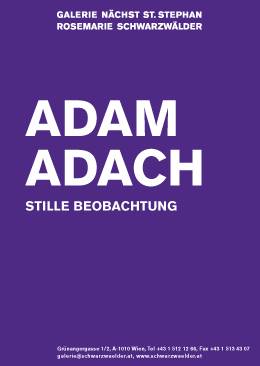 "As I grow older, I have begun to understand that I will not be able to escape my true nature. I consider myself a man of action, yet it may be that the observer part in me is more important. I am full of doubts, not only about painting, but about ideals, politics and the way the world functions. I need to stop. There are causes for which I am ready to act spontaneously, but as far as painting is concerned, I choose my subjects as a way of avoiding ‘immediatism’ which can become a kind of propaganda or activism. I like it when a scene is concrete but without excessive precision. I leave room for the spectator to complete the representation and to introduce his own feelings and thoughts. (...)
Maybe for this reason, each presentation to the public is, like I imagine for many other artists, a very hard moment for me, psychologically speaking. The question is not always to encrypt an autobiographical idea, but in the details of my paintings there are ulterior motives that belong to me. Do not expect me to unveil them to you... In art like in private life, each individual must have the right to secrecy or to his intimate garden, otherwise painting would only be like a window pane (not even a window) on Big Brother’s office, washed by a self-contented prisoner. It would spell the death of painting. It seems to me, as a matter of fact, that there is no single way to interpret these zones. From one painting to another, my approach and my treatment vary. This comes from the fact that these subjects often do not have a precise shape: a pile of dirt observed through weeds, water overflowing from its bed, a swarm of mosquitoes in the shadow of trees, or the shining smoke after a plane crash. These subjects are so complex that their shape is almost informal. They enable the painting to escape... so that it does not become a pure image. When I paint these zones, I apply a microscopic eye. I mean that my way of looking goes through the stage of deconstruction into numerous parts that later on conglomerate, regroup, reconstruct themselves into a representation. The degree of this synthesis is different. It is a field where I can experiment each time or even “paddle” in the painting, or seek some equilibrium between the surface and the illusion of space, hazard, memory, optics linked to corporal feelings, somewhere between figures and figurabilities. These zones are in some ways ordinary, but very important to me, because they introduce a strange unexpectedness thanks to which I do not need reality to become ‘Surrealistic’. I cannot remain objective at that moment. I would even say that this is the main subject of painting."
From: A Conversation between Adam Adach and Julia Garimorth, in: Catalogue Adam Adach, Musée national Message Biblique Marc Chagall, Nice 2005, p. 103, pp. 113/115, translated by Jennie Dorny and Susan Perry
ADAM ADACH, born 1962 in Warsaw, Poland, studied painting in Lyon and Paris, France, lives and works in Warsaw. Exhibitions (selection): 1998 Limits of Painting - Polish Painting since the 90s, Centre for Contemporary Art - Zamek Ujazdowski, Warsaw; Biennale d’Art Contemporain, Issy-les-Moulineaux; 1999 Managers de l’immaturité, Centre National d’Art Contemporain Le Magasin, Grenoble; 2000 Prodige, proposition de Robert Fleck, Espace Paul Ricard, Paris; 2002 Urgent Painting, Musée d’Art Moderne de la Ville de Paris; Sztuka wspolczesna dla wszystkich dzieci, National Gallery of Art - Zacheta, Warsaw; 2004 Centre d’Art Contemporain, Château des Adhémar, France; Recent Acquisitions, Centre Pompidou, Paris; 2005 Day Sleeper, Tresor, BA-CA Kunstforum, Vienna; Musée national Message Biblique Marc Chagall, Nice; 2006 La force de l’art, Grand Palais, Paris; 2006/2007 Le mouvement des images, Centre Pompidou, Paris; Zurück zur Figur – Malerei der Gegenwart, Kunsthalle der Hypo-Kulturstiftung, Munich, Museum Franz Gertsch, Bern
www.schwarzwaelder.at