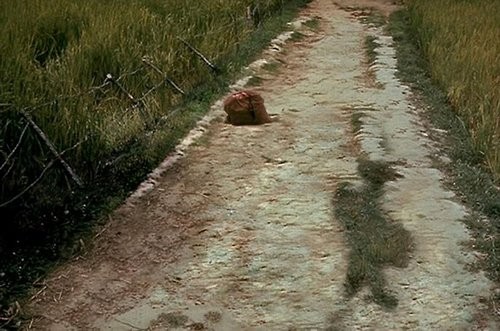 The gallery is delighted to announce its group exhibition, Cancelled, Erased & Removed, which opens on June 21st. The exhibition brings together works in diverse media that examine the conceptual and formal practice of contemporary artists canceling, erasing and removing elements from their work. The exhibition continues through August 1st. The opening will take place on June 20th, from 6pm until 8pm.
The conceptual point of departure for the exhibition is Robert Rauschenberg's Erased de Kooning, 1953, where the artist erased a drawing by Willem de Kooning, simultaneously unmaking one work and creating another in an act of both destruction and devotion. Cancelled, Erased & Removed is not a survey, nor does it attempt to include all the artists who have explored this subject matter; rather it is a presentation of a specifically selected group of artists who have taken a particularly interesting, innovative or non-traditional approach to these themes. The works span a wide range of media including painting, drawing, photography, video and performance art.
Among the works in the exhibition is Joseph Kosuth's seminal piece, Zero & Not, which consists of cancelled sentences silk-screened on paper. A continuous line over the words negates the original text by Sigmund Freud. In Mike Bidlo's ...Erased de Kooning Drawing, the artist leaves a ghostly suggestion of the original drawing. Bidlo's version not only pays homage to Rauschenberg's gesture, but also makes a provocative conceptual statement about the art of appropriation. Callum Innes applies paint to the canvas, while turpentine is utilized to remove a section of the paint before it dries. He describes it as "unpainting" the canvas, leaving all but the faintest vestigial traces of color.   Felix Gonzalez-Torres's stacks of printed paper sheets, which are free for the public to remove, become a perpetually shrinking and replenished sculpture. In Julião Sarmento's video Parasite, the subject removes her garments slowly while the scene is played in reverse. When the protagonist redresses it is played in reverse again, challenging the perception of a traditional striptease. In Marine Hugonnier's Untitled / Le Corps de la Baigneuse s'Effacant, historical paintings are acquired by the artist and then subjected to a process of restoration/cleaning by a qualified professional. The 'restored' painting is exhibited alongside two typed condition reports, one made before and one made after the cleaning. Through this process, Hugonnier is able to slightly alter both the work itself and its history. Jenny Holzer's Palm Left 000037 relies on altered Iraqi war documents to explore the idea of eradication of information and offer glimpses of hidden pasts and altered present realities.
The artists included in the exhibition are: Janine Antoni, Josh Azzarella, John Baldessari, Mike Bidlo, Slater Bradley, David Ellis, Felix Gonzalez-Torres, Douglas Gordon, Jenny Holzer, Marine Hugonnier, Callum Innes, Alfredo Jaar, Titus Kaphar, Idris Khan, Yves Klein, Joseph Kosuth, Peter Liversidge, Richard Long, Jorge Macchi, Anthony McCall, Ana Mendieta, Ed Ruscha, Julião Sarmento, Yuken Teruya and Gavin Turk.
Located at 528 West 29th Street, New York, the gallery will be open Monday through Friday 10am - 5pm beginning July 7th. From August 1st until September 1st, we will be open by appointment only. On Tuesday September 2nd, we will resume our regular hours, Tuesday through Friday 11am - 6pm and Saturday 10am - 6pm.
www.skny.com