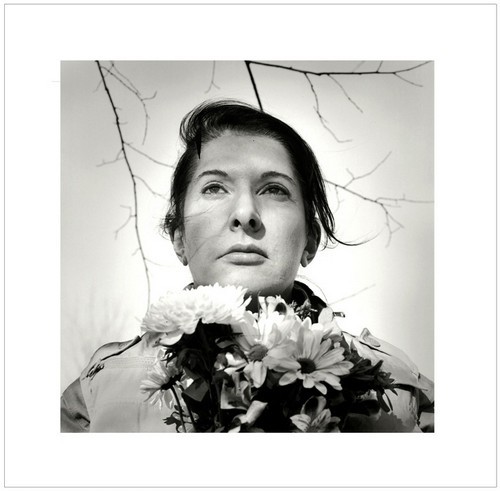 Sean Kelly Gallery is delighted to announce an exhibition of work by Marina Abramovic – Personal Archaeology. The exhibition opens to the public on Saturday, May 8th at 10:00am. There is no opening reception.

Personal Archaeology is an intimate look into the development of Abramovic as a seminal artist, beginning with her historic performance work of the 1970's through to her most recent work from 2010.

Private Archaeology, the sculpture exhibited in the first gallery, has not been shown before in the US. This highly personal work from 1997-99 consists of a large wooden cabinet containing numerous drawers in which artifacts from Abramovic's life are displayed. The public is encouraged to look through the drawers to view the variety of revealing objects and mementos that Abramovic has collected, including photographs, handwritten notes and other material that has influenced her work.

The exhibition also includes an entire gallery dedicated to photographs from one of Abramovic's earliest performances – Rhythm 10 – in which she stabbed a knife between her splayed fingers in rapid motion, changing the knife each time she cut her finger. She repeated this process twice, tape recording it on the first occasion so that she could mimic the movements on the second.

A selection of Abramovic's iconic photographs is installed in the main gallery, providing a visual time line of the evolution of this pioneering performance artist. Works such as Rhythm O, Lips of Thomas, Carrying the Skeleton and Cleaning the House chart the trajectory of her career over the last 40-plus years. The main gallery also includes one of her newest videos, which is a startling image of Abramovic, her face covered in gold leaf, staring out at the viewer. The faint ruffling of the gold leaf is the only motion in the video and draws the viewer in close for further inspection, whereby they ultimately find themselves meeting Abramovic's direct gaze.

Personal Archaeology will run concurrently with the major MoMA exhibition, Marina Abramovic: The Artist Is Present, on view at the museum through May 31st. During the MoMA's first-ever retrospective of a performance artist, Abramovic will perform daily during the entire run of the exhibition, for a total of over 700 hours, in her longest solo piece to date. Abramovic sits in silence in the museum's atrium during public hours, inviting visitors to take the seat across from her for as long as they choose within the time frame of the museum's hours of operation. The exhibition is accompanied by a catalogue of the same name.
www.skny.com