memories of the future 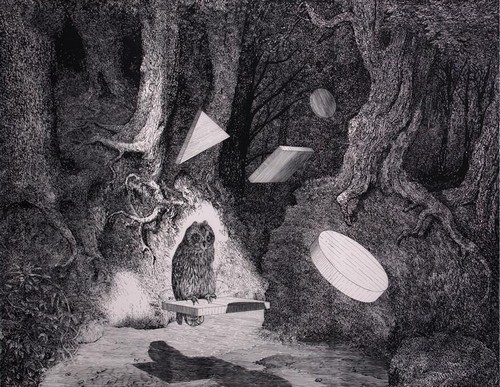 Sean Kelly Gallery is delighted to announce memories of the future, a group exhibition curated by gallery artist Laurent Grasso. The exhibition will be on view from June 25 through July 30. The opening will take place on Thursday, June 24 from 6-8pm.

The word "temporal" is defined as "of or relating to the sequence of a particular time." Laurent Grasso's own work, such as the series of what appear to be 16th century paintings and drawings, Studies Into the Past, uses the conceptual notion of shifting temporalities and multiple temporalities existing simultaneously to create a surreal suspension in time. With this as the starting point for memories of the future, Grasso has assembled an impressive and diverse group of artists working across multiple media whose oeuvres he feels share similar conceptual concerns. These artists make reference to particular places or timeframes that are brought forward (or backward) to the present day, forcing viewers to question traditional notions of time as it exists in a rigid, linear sequence.

Works from the 20th century masters Marcel Duchamp and Joseph Cornell give the exhibition both a literal and figurative historical context. Duchamp's photographs of accumulated dust are documents of an artwork where the raw material is time. Cornell's rare, early collages and "sand tray" box bring together imagery and found objects from historical source material – sand in this case as a metaphor for a universal symbol marking the passage of time.

Artists Rita McBride and Louise Lawler, whose works investigate the transportable nature of architectural space, are also featured in the exhibition. McBride's White Elephant sculpture suggests HVAC ductwork from an imaginary building, but is crafted in copper, a material too precious to be used for such a banal industrial application. Lawler's photograph of a Gordon Matta-Clark exhibition has multiple layers of temporal disjunction – not only does Lawler take a specific place out of its temporal context, but this same theme is at the heart of Matta-Clark's work as well.

Artists such as Davide Balliano and Claudia Wieser have created works on paper that manipulate imagery of classical sculpture and spaces through the insertion of contemporary gestures that force the viewer to move rapidly through the art historical timeline. Present-day manipulation of found material that seems to date back as far as the 18th century is incorporated into the work of Marine Hugonnier and Markus Schwinwald in the medium of collage and painting.

Laurent Grasso will have his first solo show with the gallery September 10 through October 23, 2010.
www.skny.com