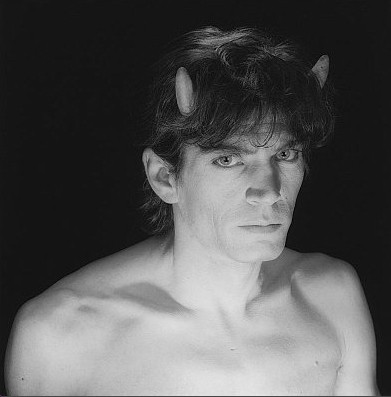 The exhibition Certain People consists of a specific selection of photographs that provides a remarkable opportunity to view portraits of artists, dancers, writers and art world personalities from the period spanning the mid 70s through the mid 80s. Individuals such as Laurie Anderson, Louise Bourgeois, William Burroughs, Francesco Clemente, David Hockney, Annie Leibovitz, Joseph Kosuth, Norman Mailer, Lisette Model, Ileana Sonnabend, Sam Wagstaff and Andy Warhol are depicted, alongside many of their contemporaries. The inspiration for the exhibition comes from the book Robert Mapplethorpe Certain People: A Book of Portraits, published in 1985.

The exhibition explores the fascinating relationship the artist nurtured over a period of more than a decade with his sitters. Mapplethorpe had a unique ability to capture the essence of his subjects – his gift is clear in these diverse and revealing portraits. In the preface of Certain People, Susan Sontag noted: "Being photographed by Mapplethorpe was different from being photographed by anyone else. He reassures differently, encourages differently, is permissive differently..." Indeed these intimate portraits convey a strong sense of the trust and complicity that existed between Mapplethorpe and his subjects, as well as his ability to capture their different personas in a striking manner. However, as a group, the photographs constitute a unique document attesting to the vibrancy and dynamism of a generation of individuals who were vital presences on the New York art scene in the late 20th century and represent a virtual who's who / time capsule of the art world at a particularly complex and historic moment.
www.skny.com