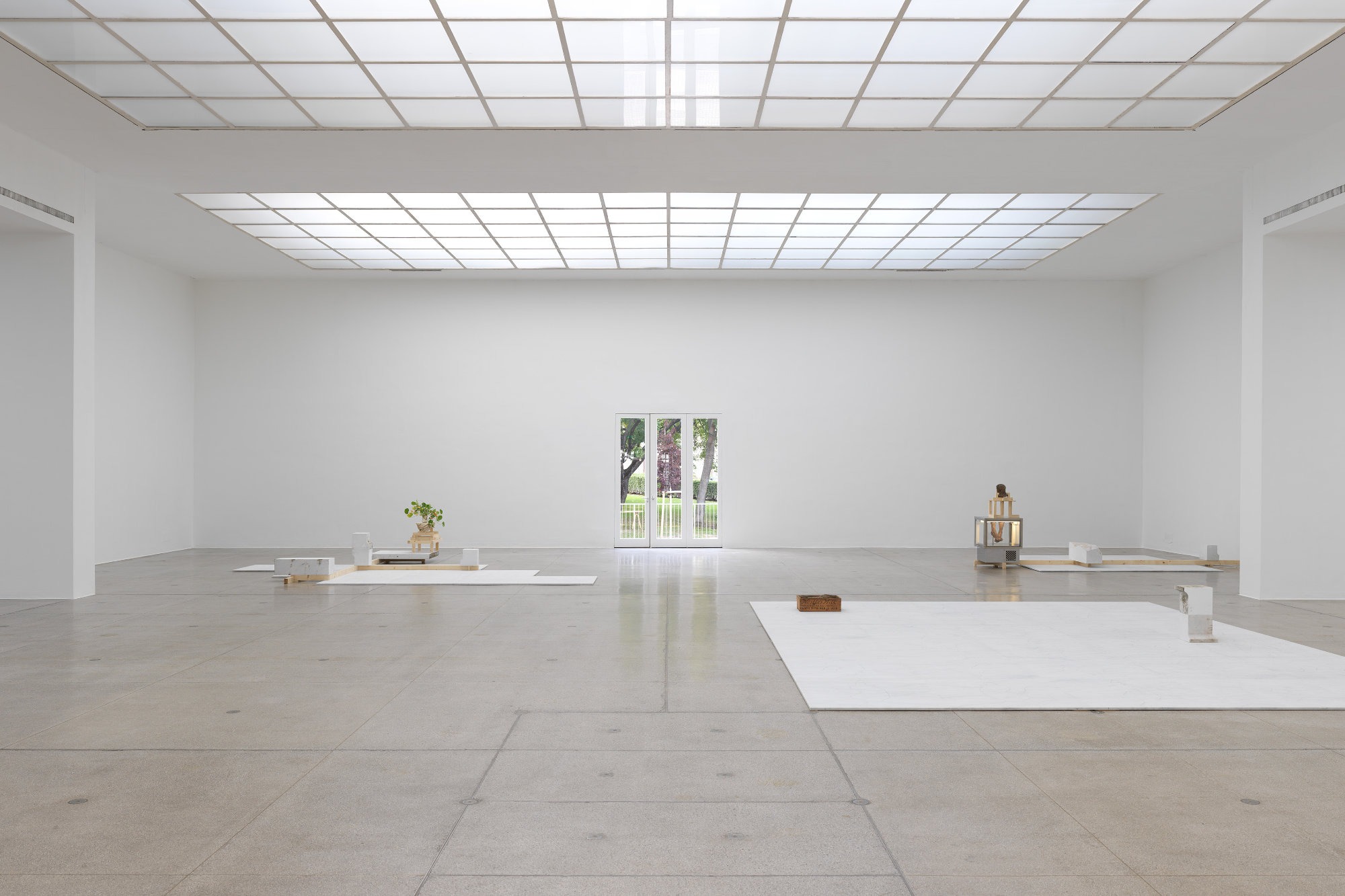 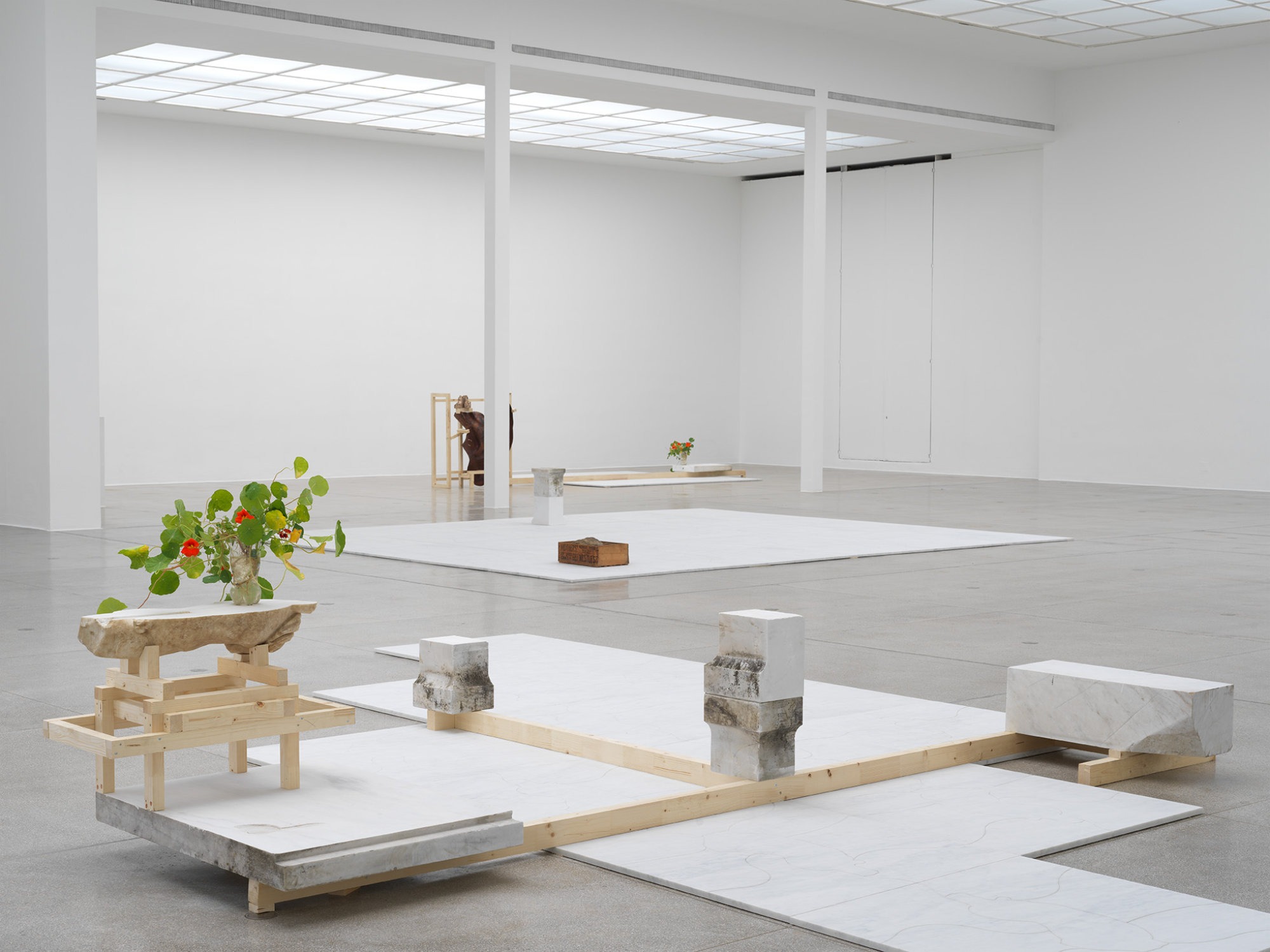 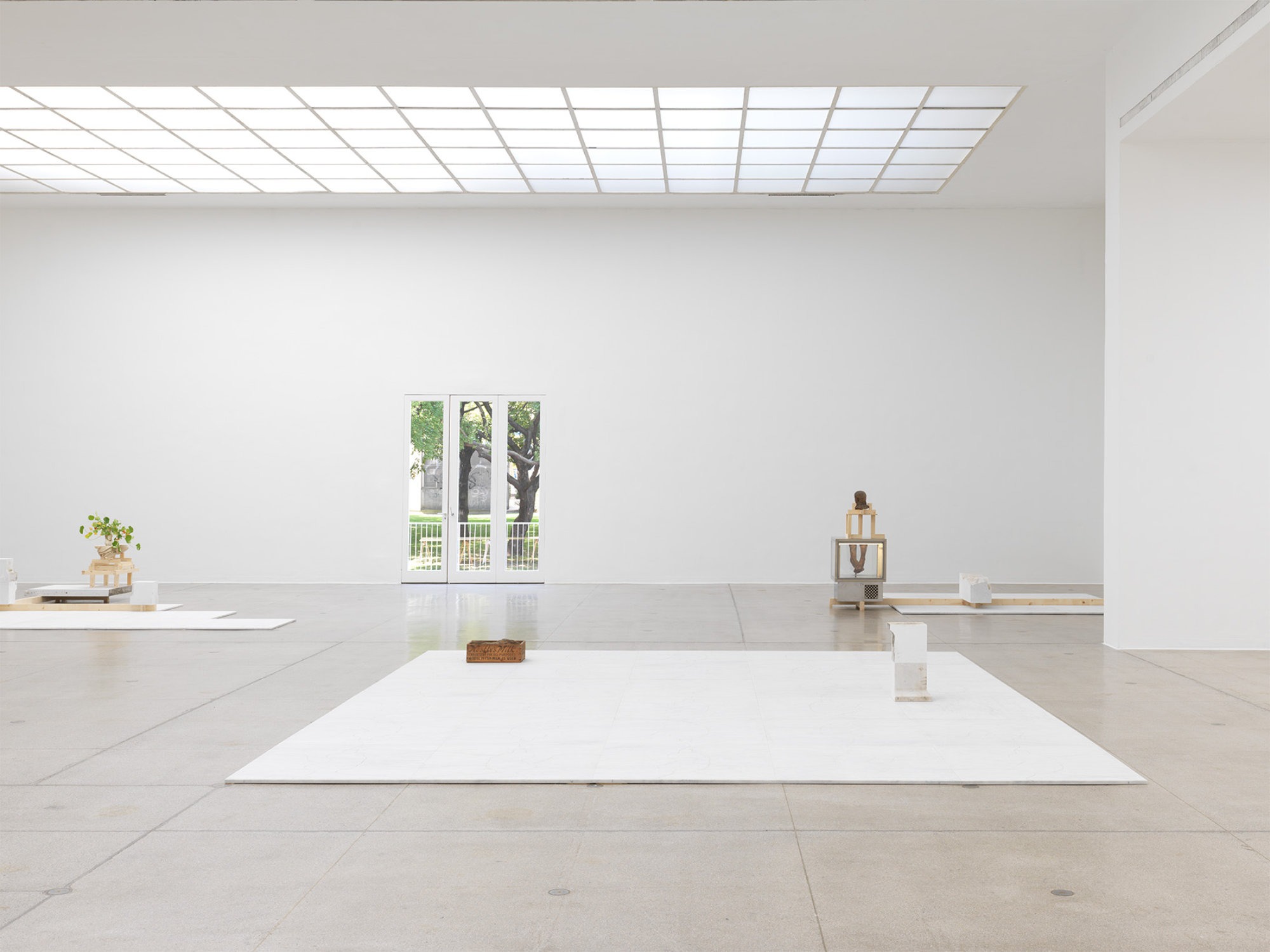 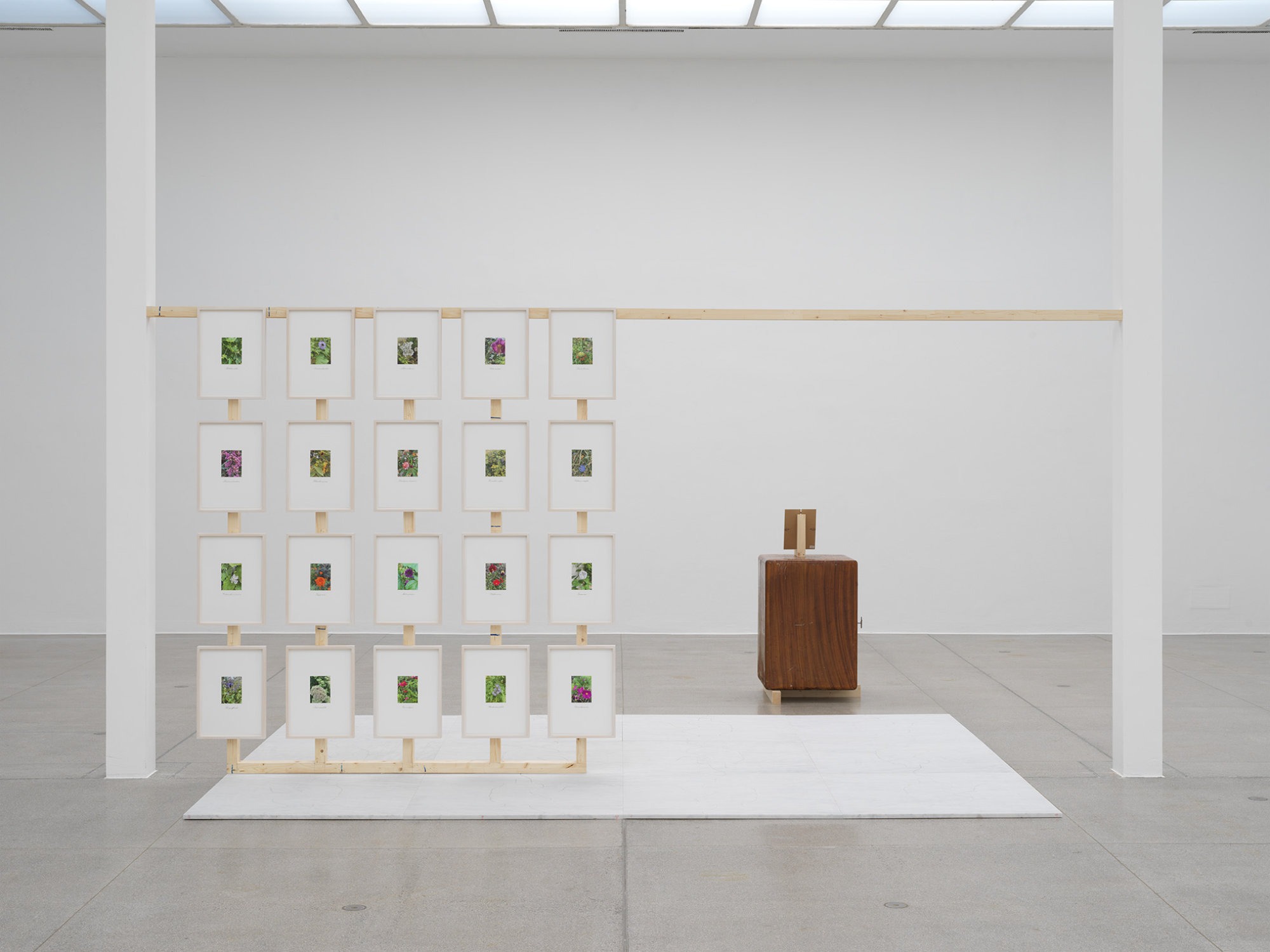 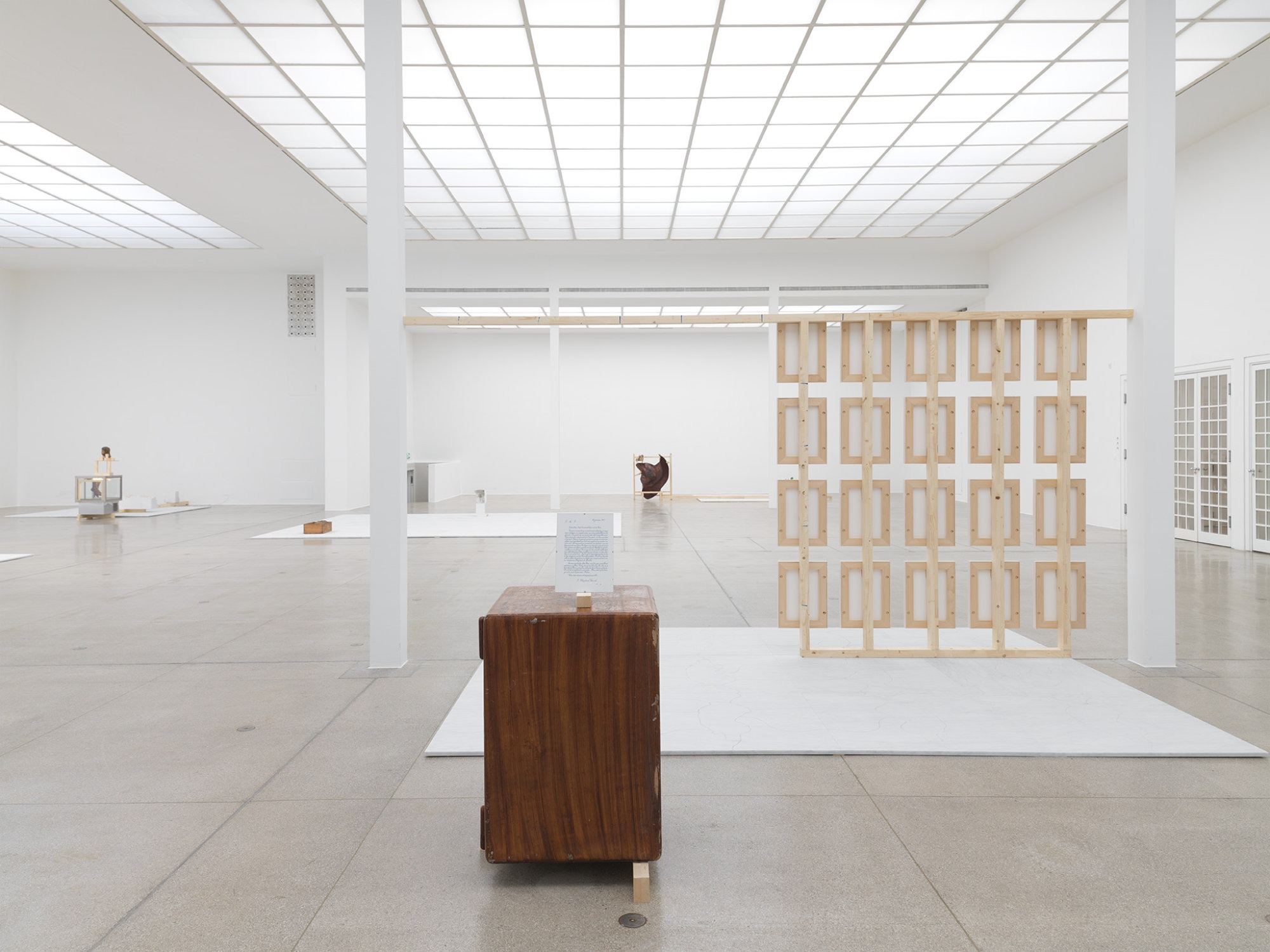 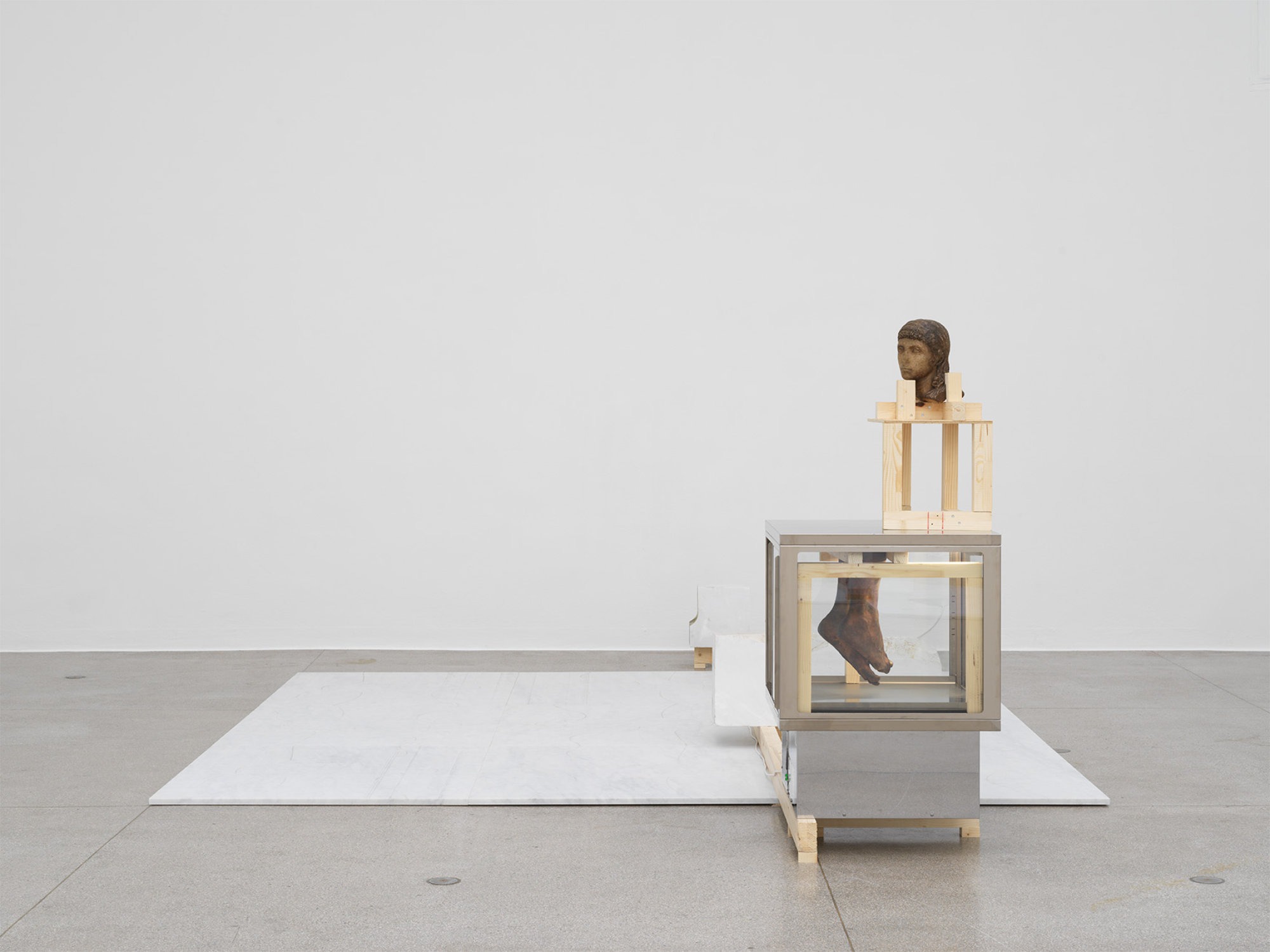 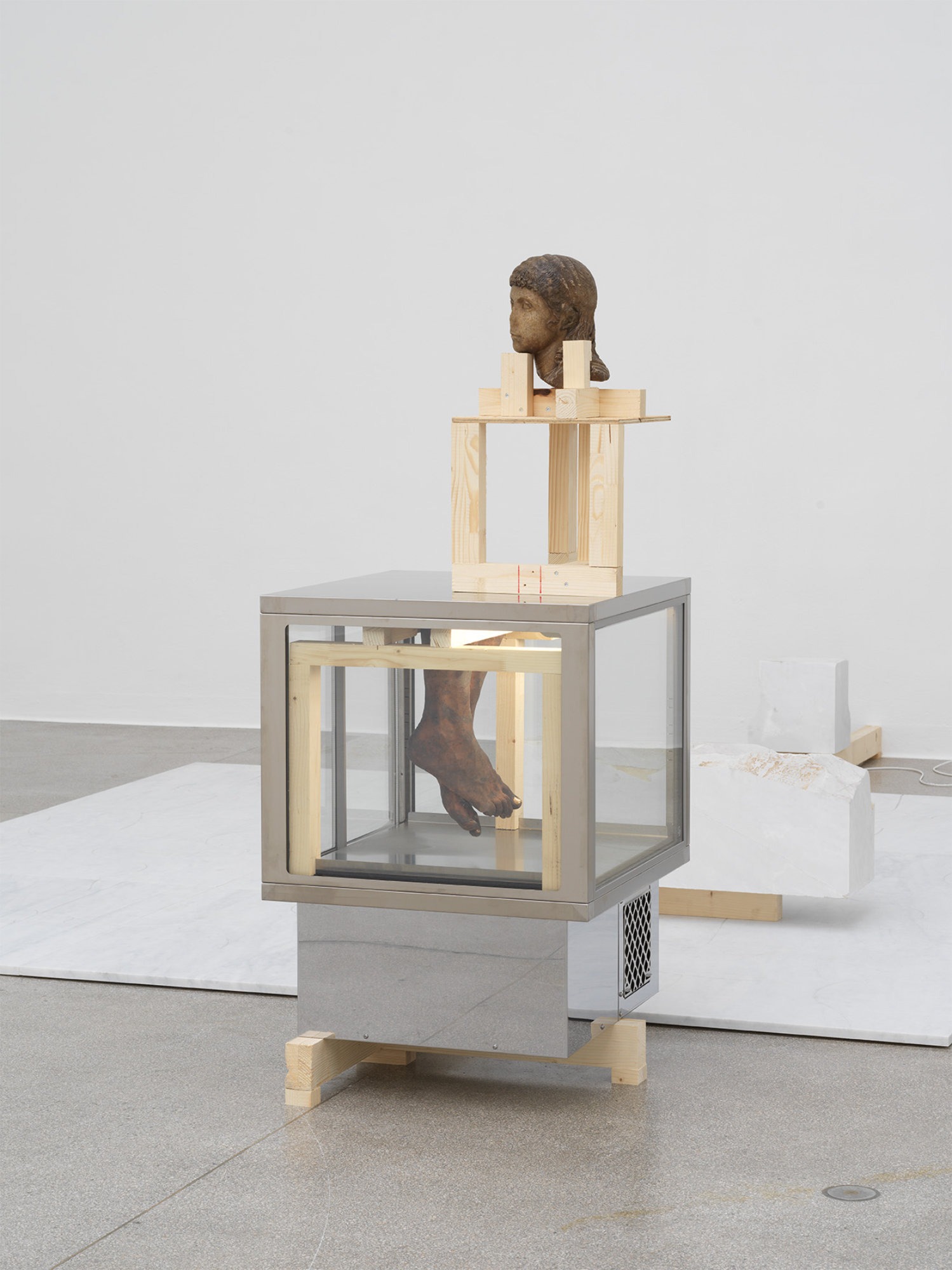 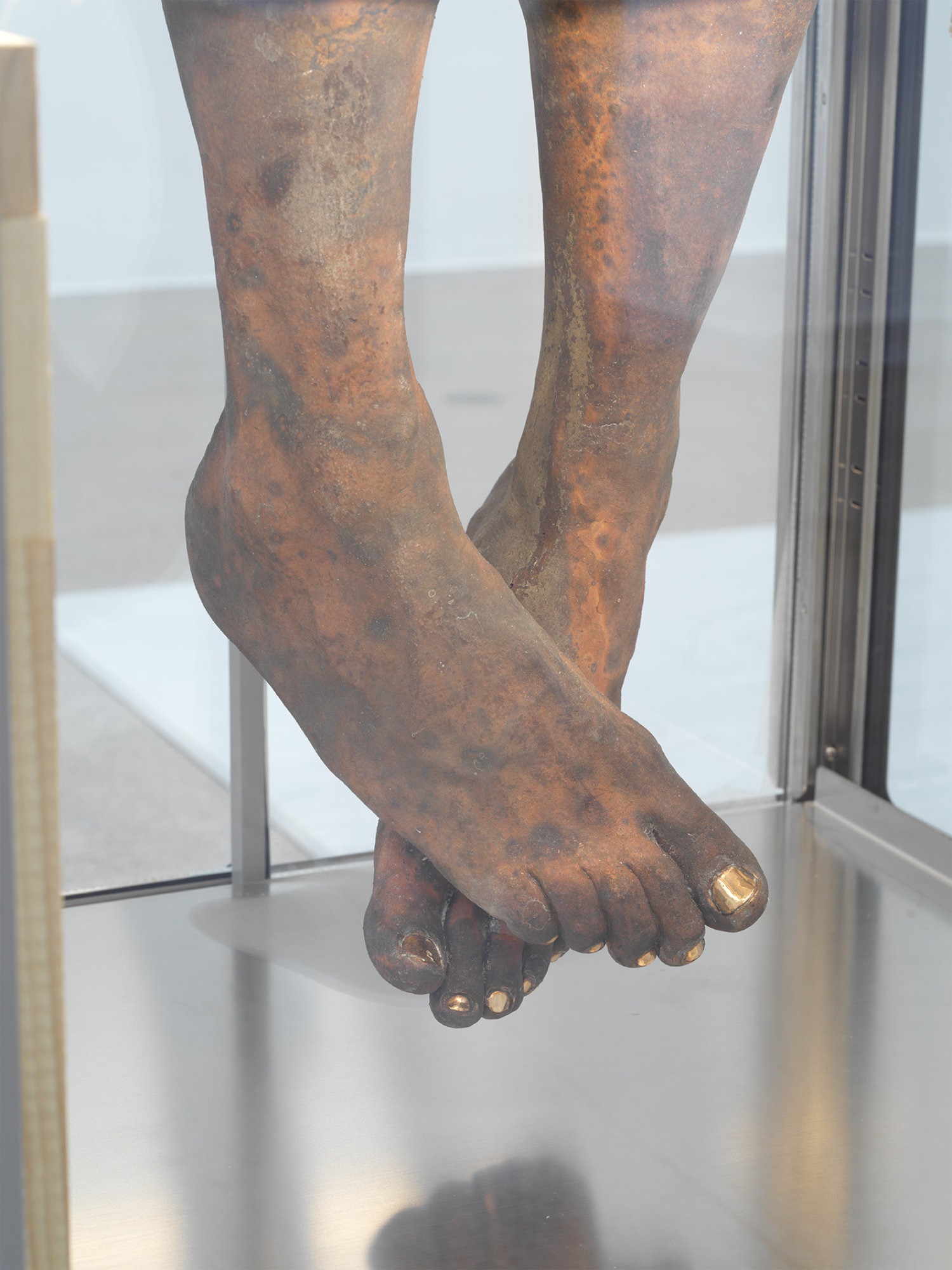 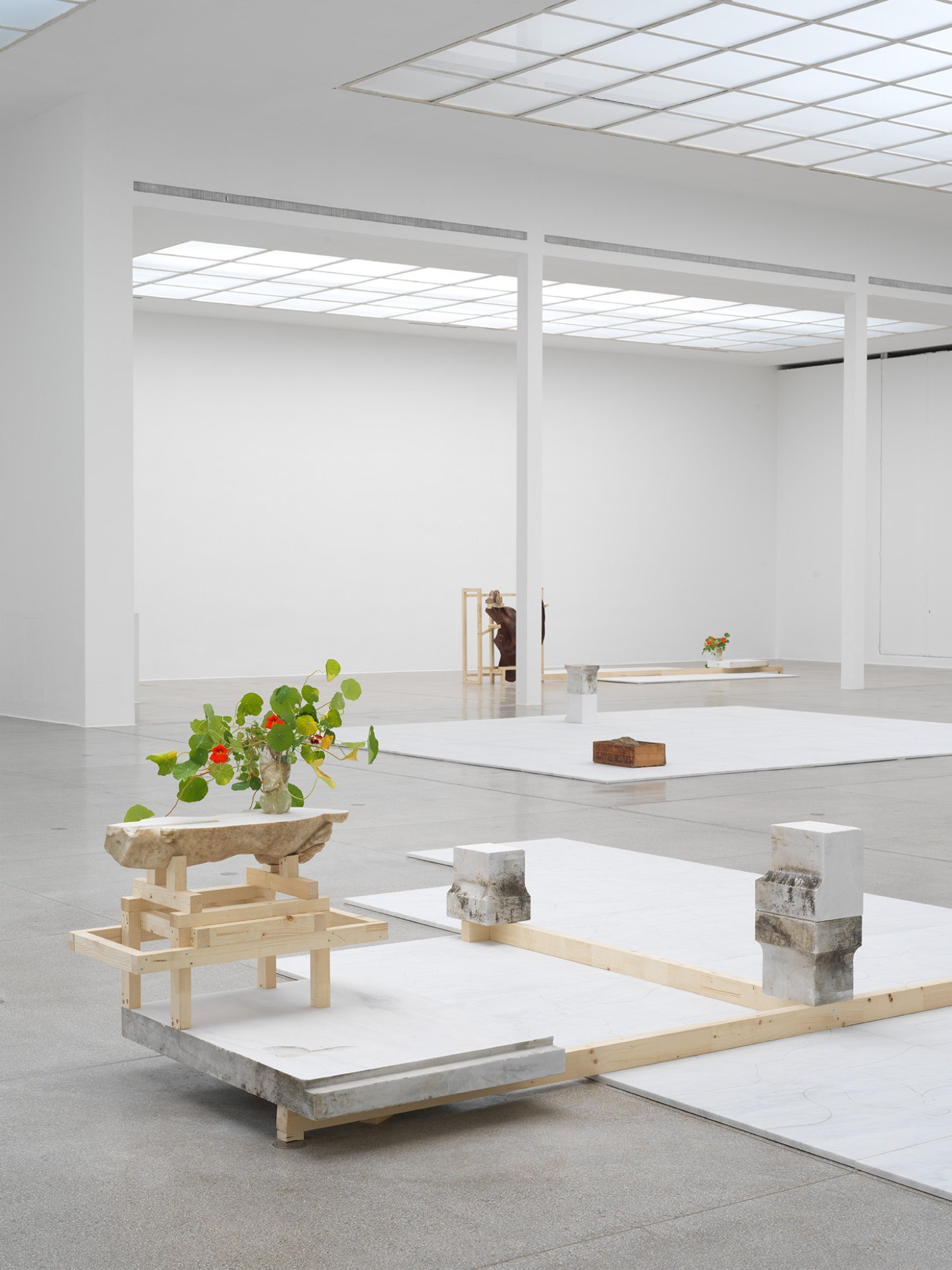 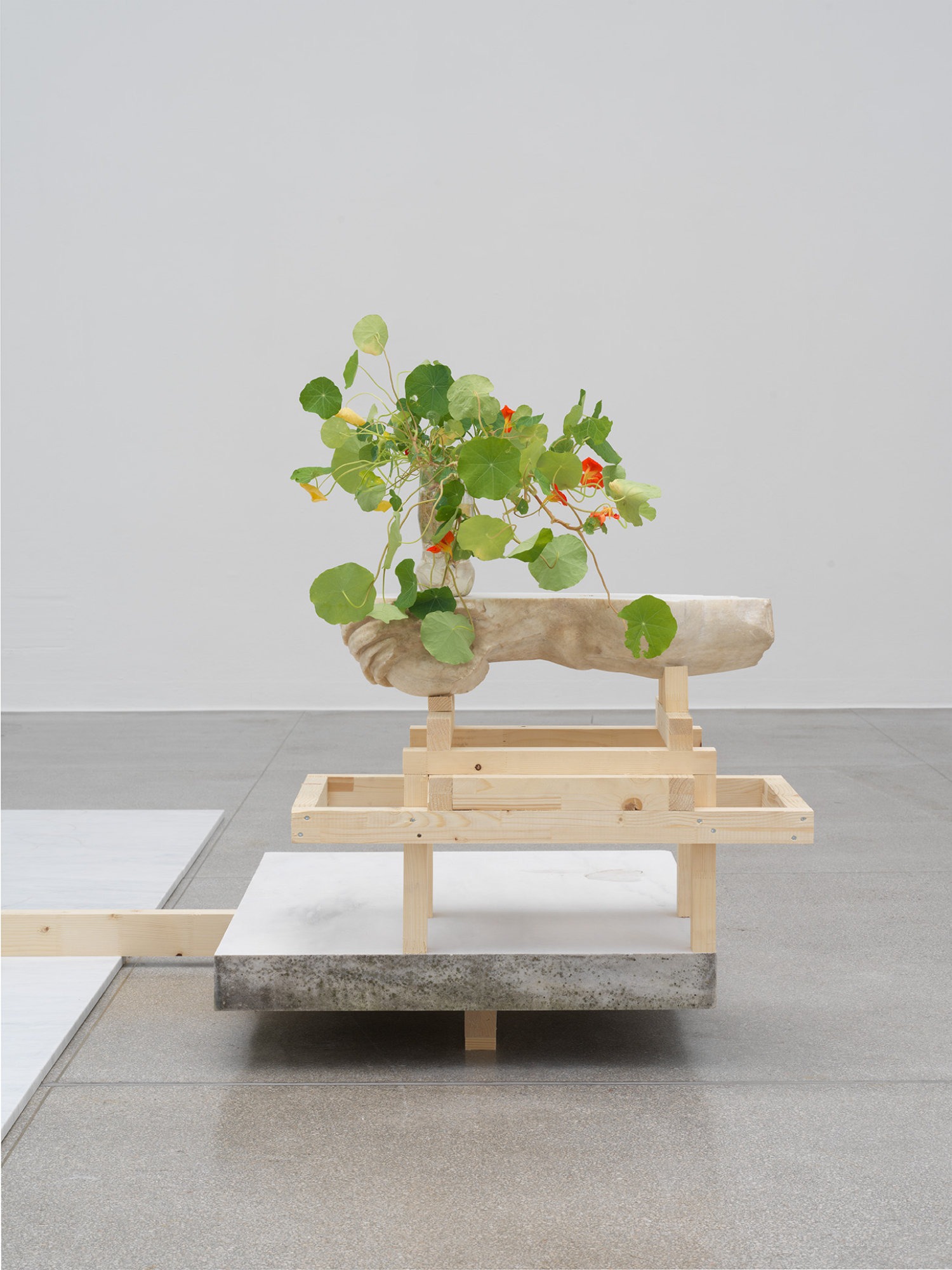 Danh Vo, 2021, installation view Secession 2021, photo: Nick Ash
“When you examine the present you must understand your past: the past that has identified your own present. I also believe you must look into the future. That’s definitely a philosophy of life that I live with and hopefully that shows in the work that I do.”
Danh Vo

Vo’s installations present a plethora of artistic strategies, including documents, photographs, found objects (of historic or emotional significance), textual fragments in the form of ornate calligraphies executed by his father, and sometimes works by other artists. As an artist, Vo encompasses multiple roles—curator, collector, historian, auction scout—allowing him to deftly play with objects and contexts. Grappling with artefacts that are fraught with symbolic or emotional meaning, the artist resets their signification from project to project.

Vo will often pluck objects purchased from the estates of significant figures (or otherwise sourced) and present them unaltered within his oeuvre. Other times he dismantles and reassembles them with incongruous additions making for striking hybrids. Since 2015, he has created new works by combining fragments of sculptures taken from antiquity with contemporary objects or Medieval Madonnas. Often the original works are defaced or forever altered—an act of cultural vandalism that mirrors colonial expansion, but that also creates a provocative splicing of cultural empires across time and space.

Fragmentation and creative alteration are also key stratagems in what is probably Vo’s best-known work: We the People (2011–2016). A full-size copy of Frédéric-Auguste Bartholdi’s Statue of Liberty manufactured in China, it consists of ca. 300 separate copper segments. Correctly assembled, they would form an accurate replica of the New York landmark; the artist’s project instead calls for the pieces to be dispersed across the globe.

Enigmatic and poetic, Vo’s work sidesteps didacticism while also arriving with a strong political ethic. Probing questions of identity and belonging, legal status, property, and the role of personal relationships, he shines a light on the power structures behind the façades of liberal societies and the fragility of our ideas about life in the nation state.

Danh Vo was born in Bà Rịa, Vietnam, in 1975 and lives and works in Berlin and Mexico City. Since 2017, with its farm buildings and large gardens Güldenhof in Stechlin / Brandenburg serves the artist and others as studio and living environment.
www.secession.at