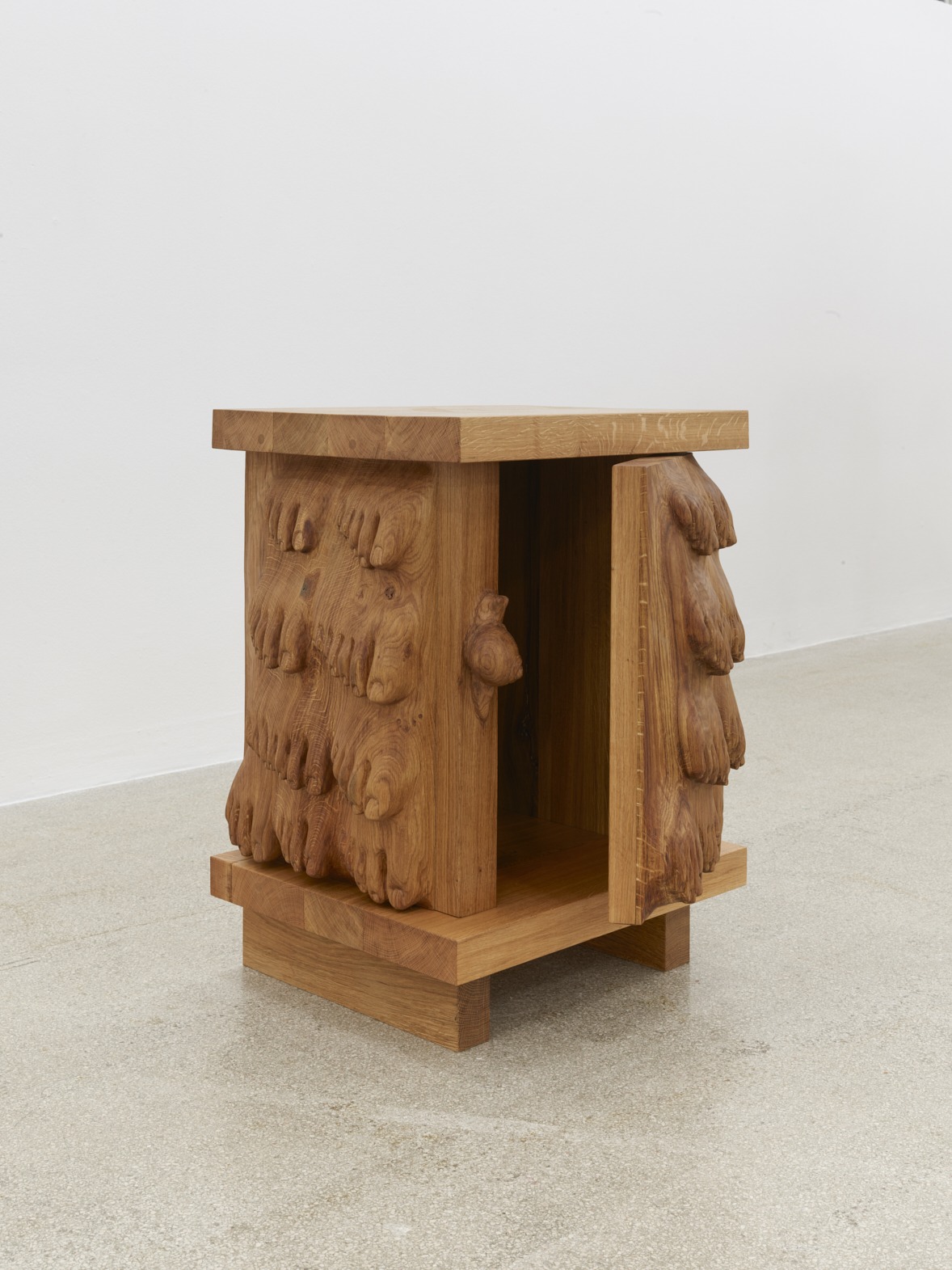 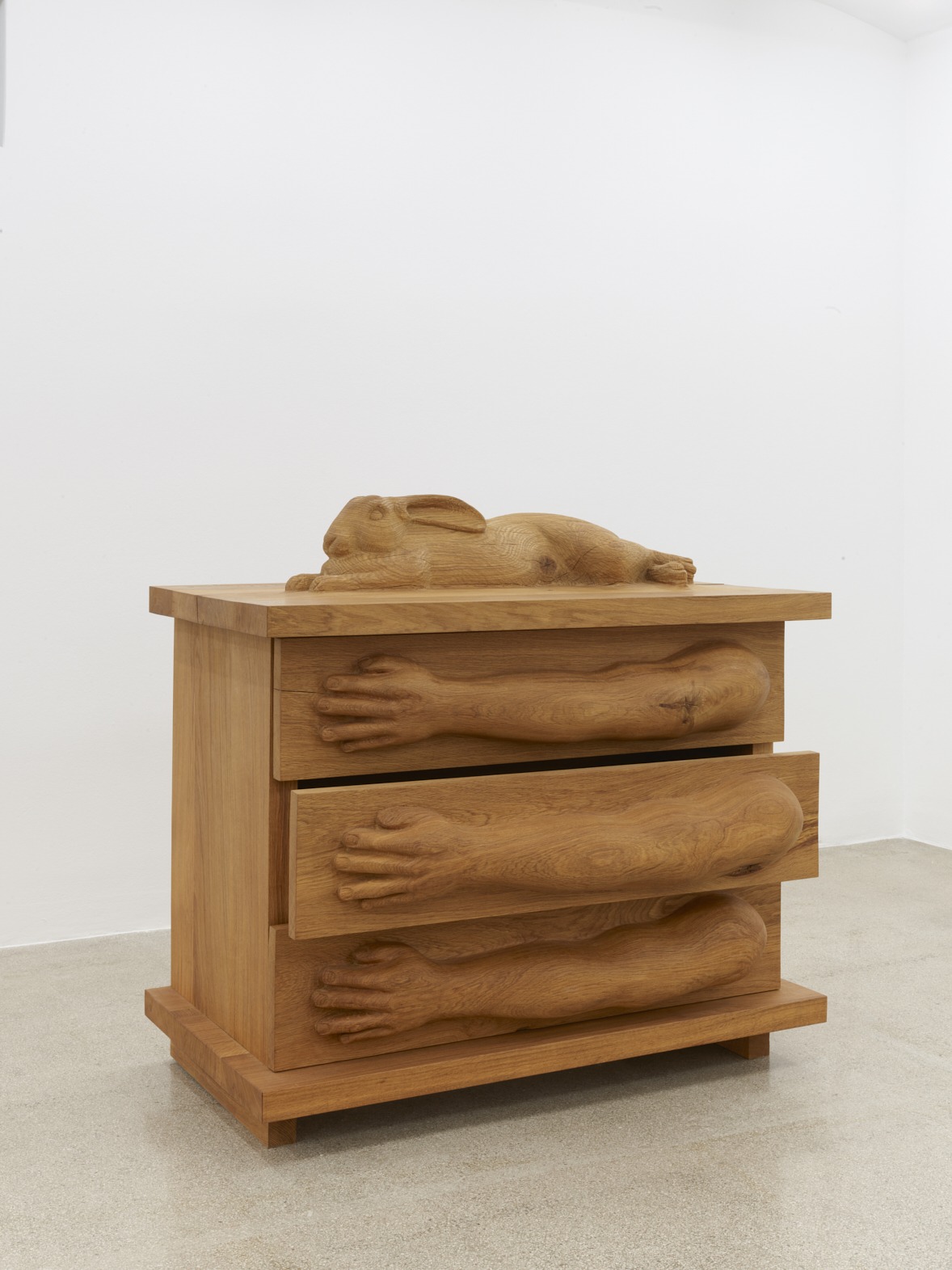 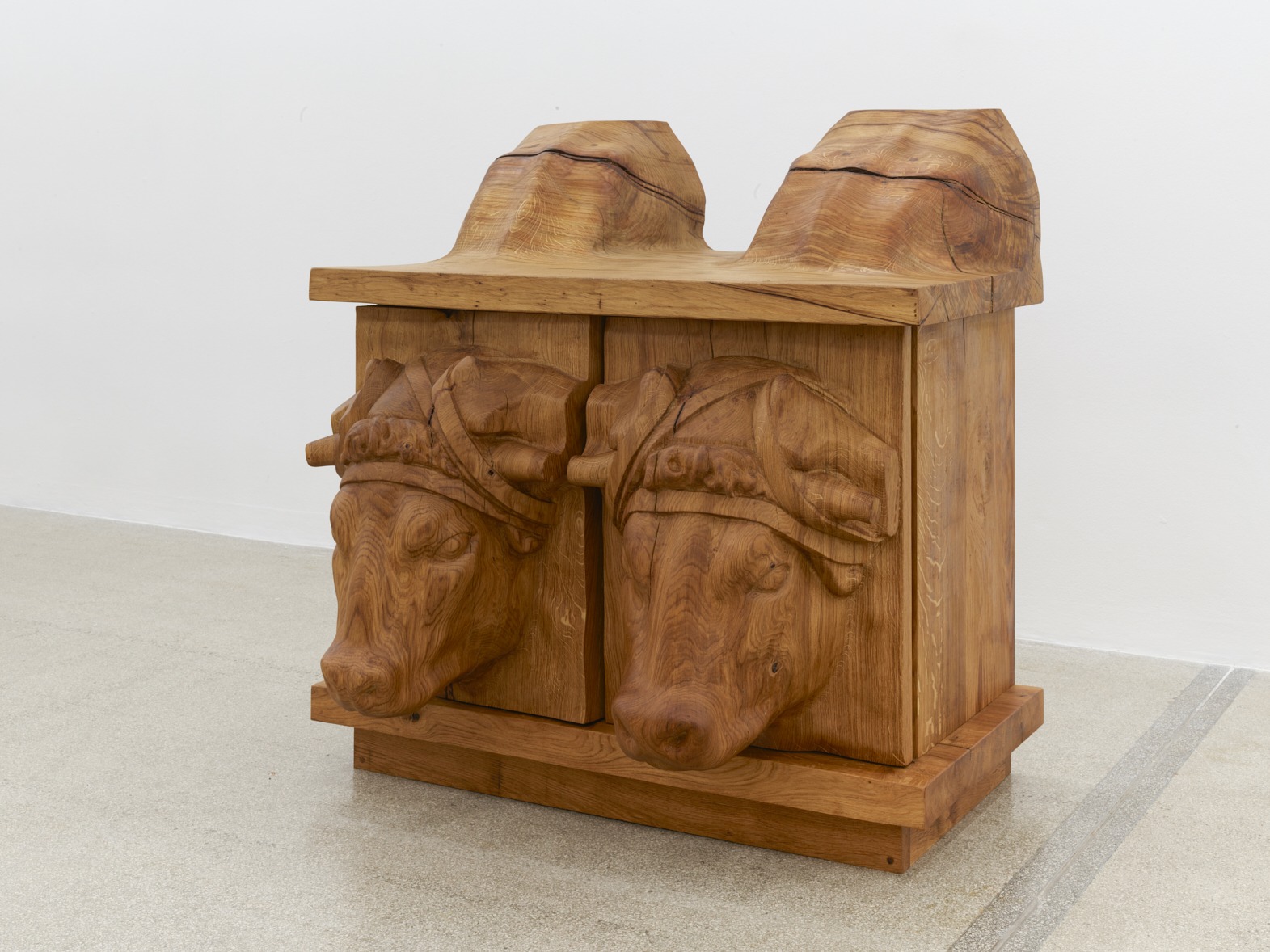 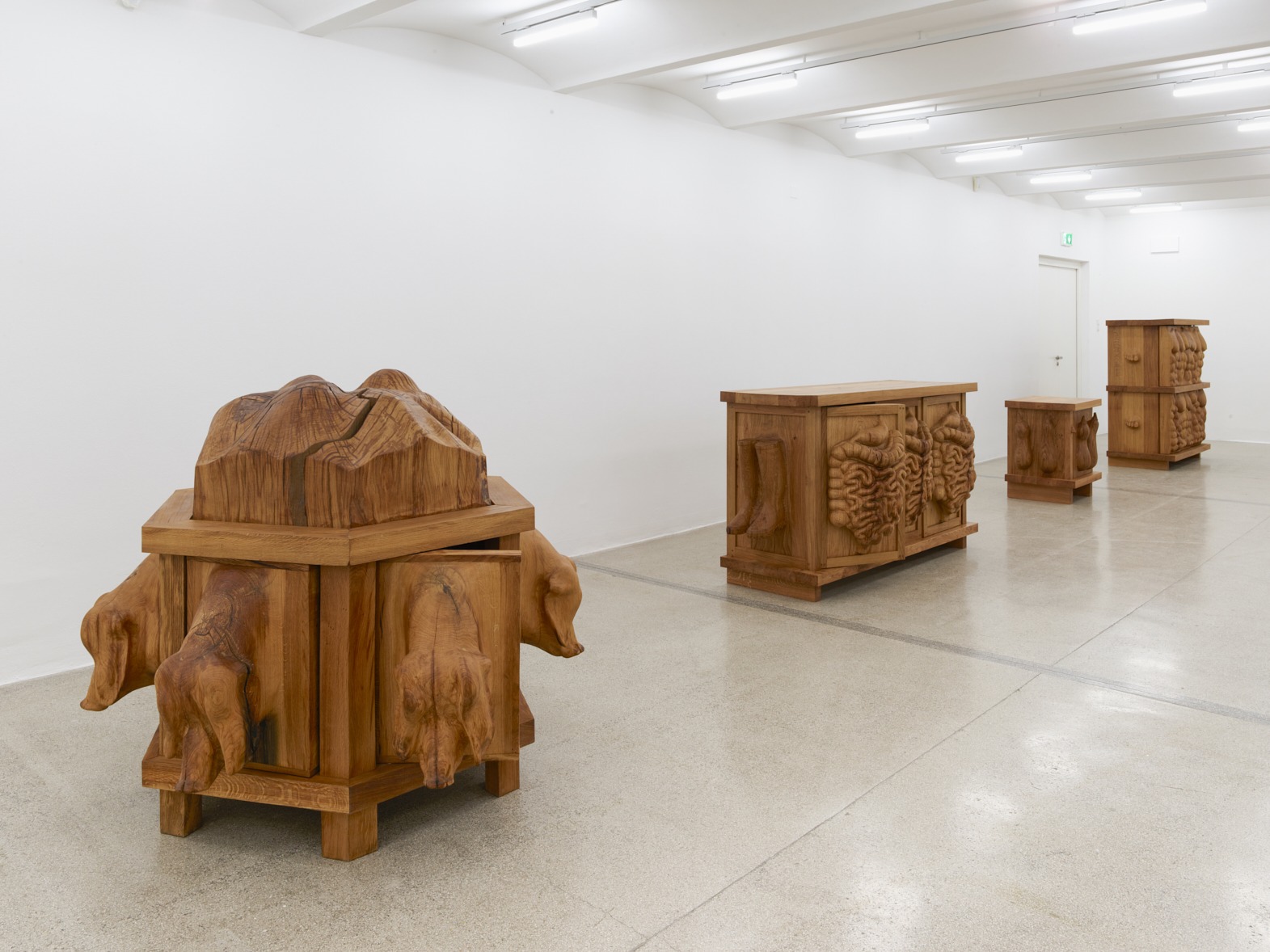 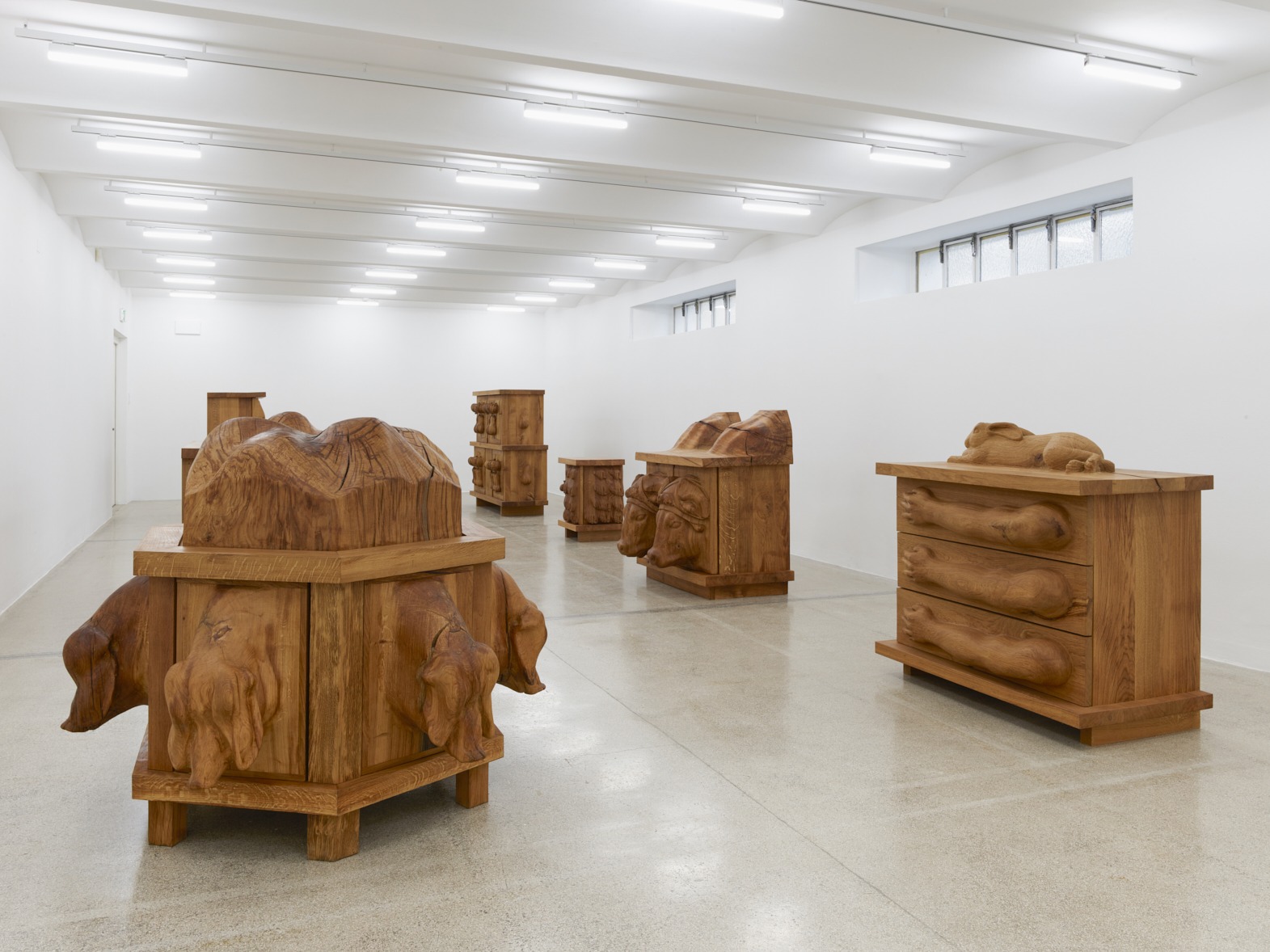 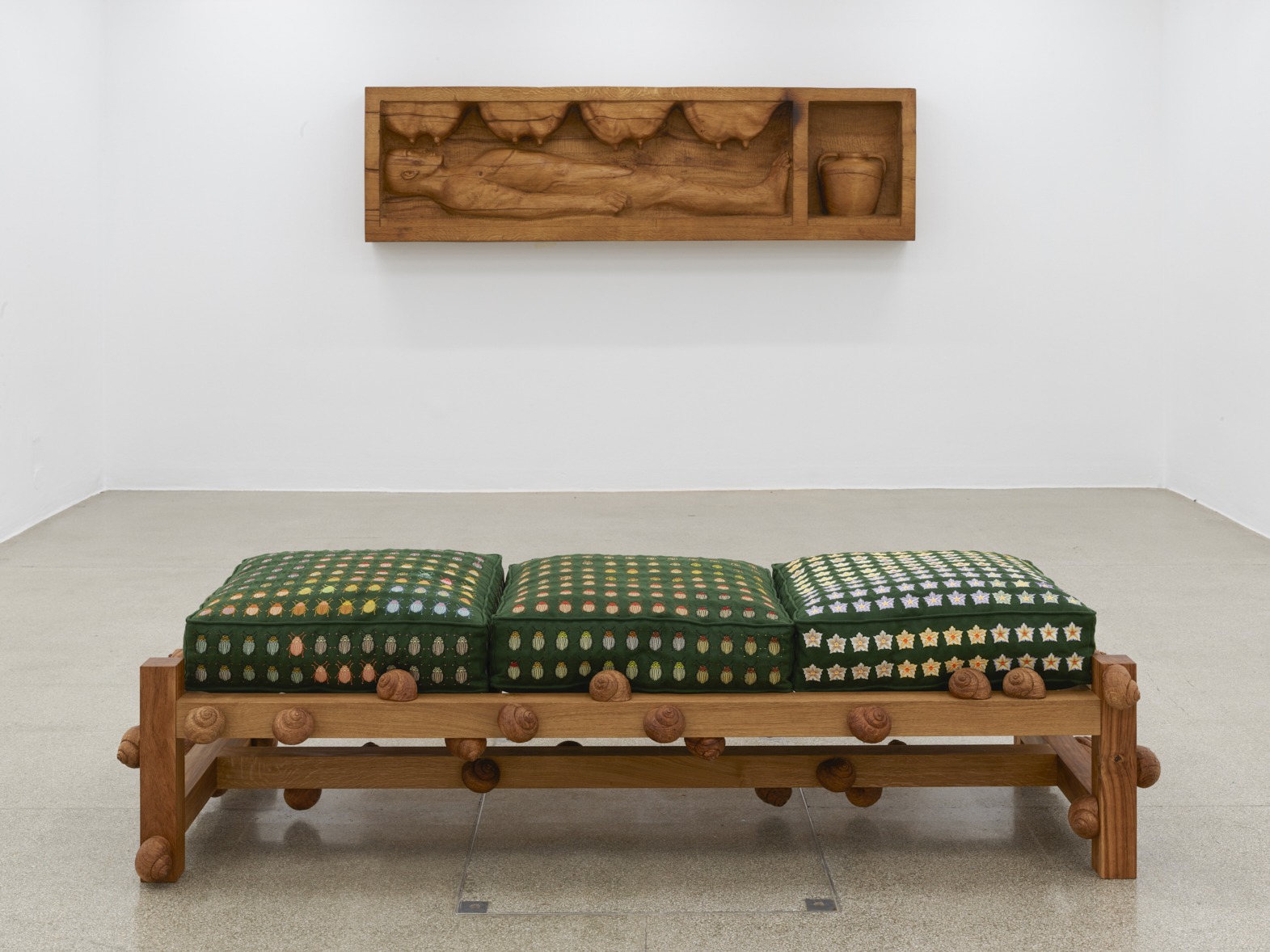 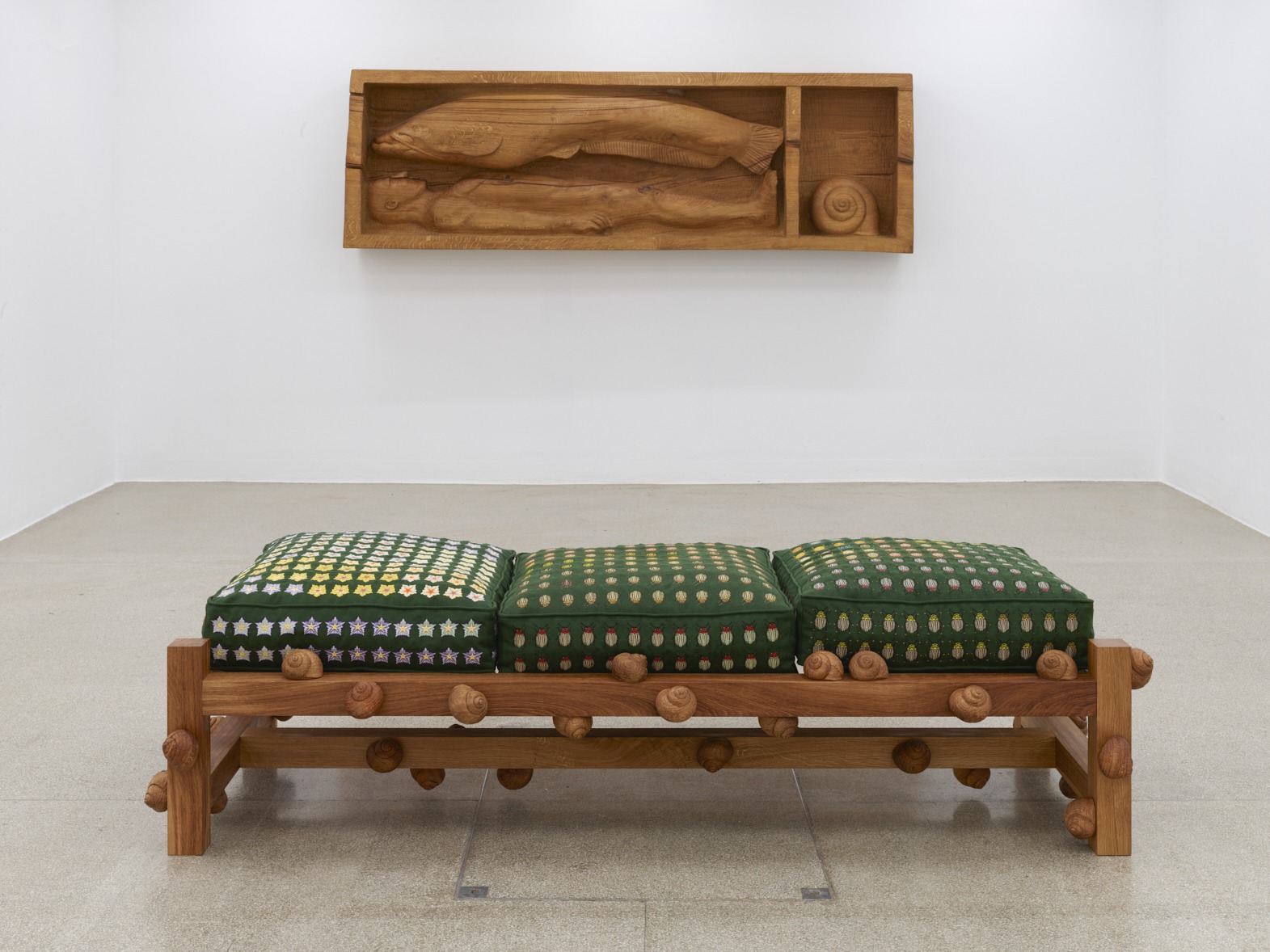 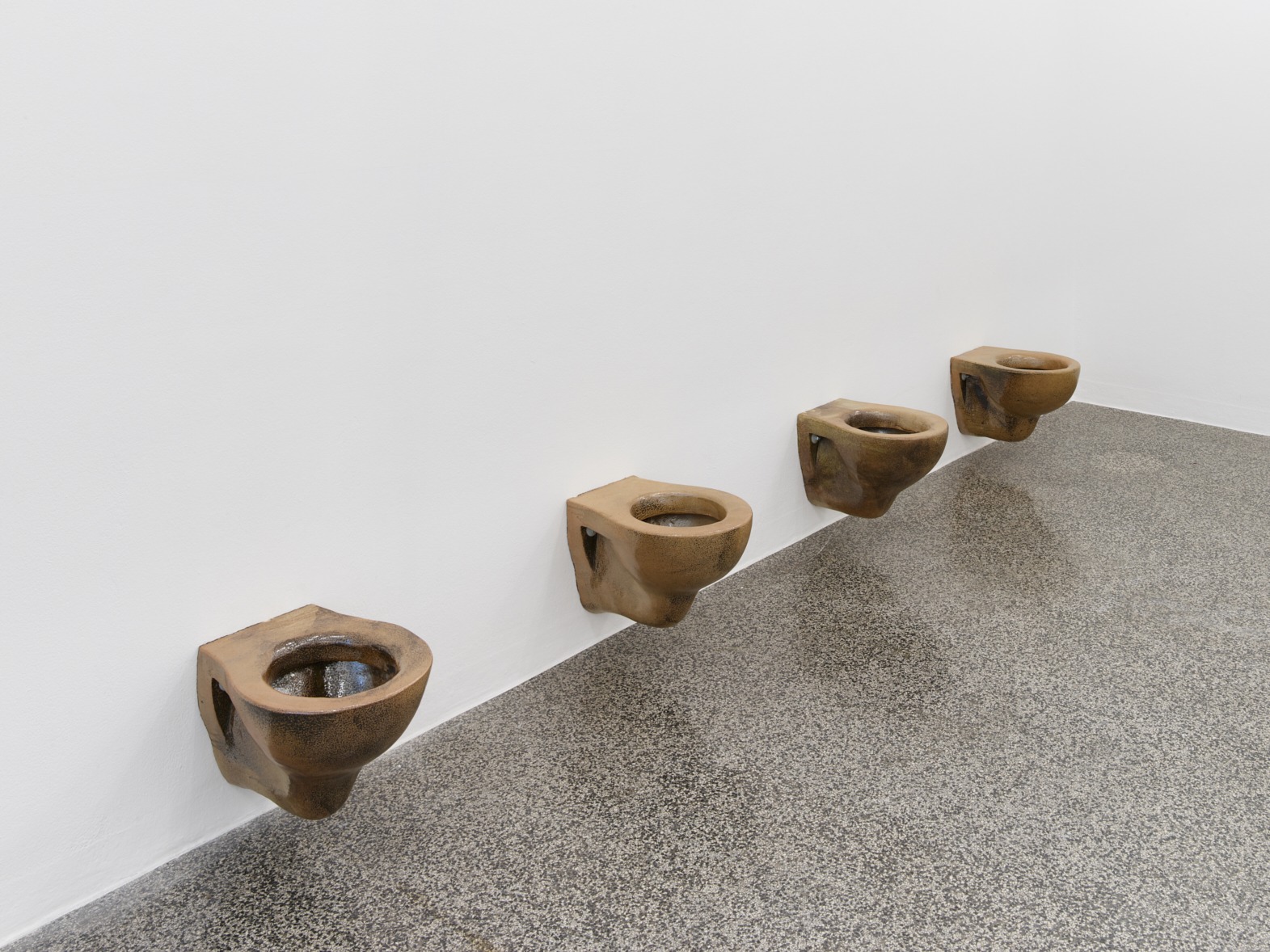 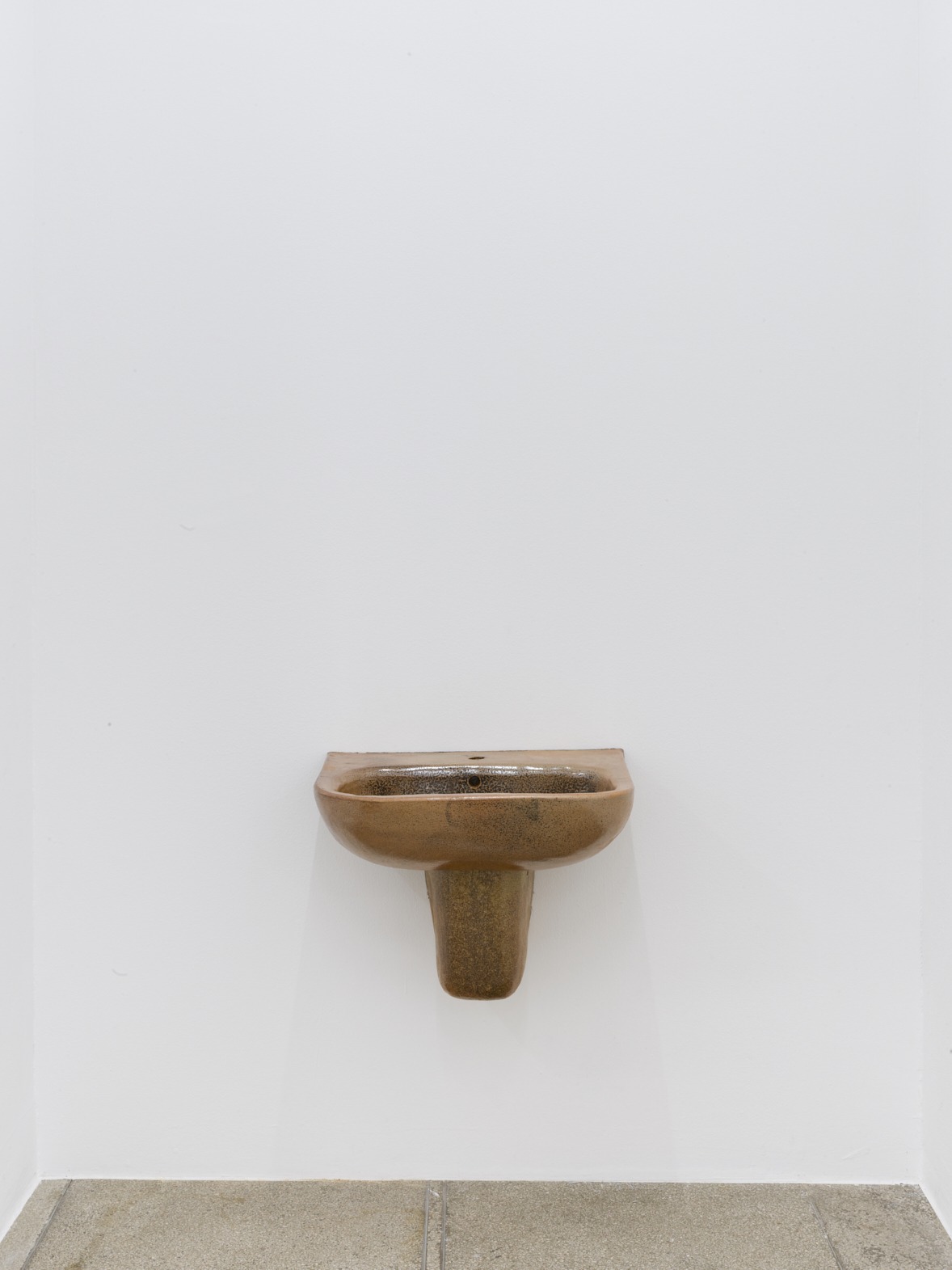 Daniel Dewar & Grégory Gicquel, Stoneware mural sink, 2015, exhibition view Secession 2021, photo: Sophie Thun
At first glance, the artist duo Daniel Dewar and Grégory Gicquel’s works may seem like anachronisms in this era of the ascent of digital technology: the two have spent years experimenting with a wide range of materials and techniques that they first had to teach themselves and for which they sometimes even needed to make their own equipment such as weaving frames or wood-fired furnaces. They cut stone, carve wood, mold clay and ceramics, and take up artisanal techniques like embroidery and weaving. Both emphasize the importance of executing their works with their own means, using traditional and modern tools and reviving production processes rooted in various crafts that are being superseded by technical automation. They break with tradition by combining their media with incongruous motifs: the entrails, animal parts, or human limbs, for example, that seem to grow from massive oaken chests and cabinets make for a sight that is as amusing as it is disconcerting.

Humans, animals, and plants coalesce into a bizarre and sensual new creation in works that exude the conviction that the same lifeblood courses through all beings and manifests itself even in the cut and dressed wood or marble block. Displacing forms out of their original contexts and assembling them in fanciful hybrids, Dewar & Gicquel produce absurd objects—glimpses, like chimeras or the creatures of legend, of an alternate reality.

At the Secession, Dewar & Gicquel present altogether sixteen works, extending the series of oakwood sculptures they began in 2017. They are hybrids in several respects: between sculpture and furniture, between autonomous work of art and object of utility, between inanimate object and animate creature—human, animal, and plant. The massive oakwood objects are studded with intricately carved and meticulously executed grotesque figurative elements such as arms, noses, gourds, courgettes, and oxen and pig heads that seem to grow out of the chests, cabinets, and dressers. The artists describe their most recent sculptures as a “rendezvous of animals of different species and a range of vegetables (...) as mammalian fantasies and pastoral hallucinations.”

These works, some of which make their debut in the show, are complemented by a 2015 series of handmade ceramic sculptures that emulate off-the-shelf sanitary ware and introduce the discourse of specific materials as well as the varied artistic play with the commonplace and banal to the exhibition. The duo’s engagement with the codes, traditions, and conventions of art as well as their mischievous humor speak even from their most inconspicuous pieces.
www.secession.at