How To Become A Fossil 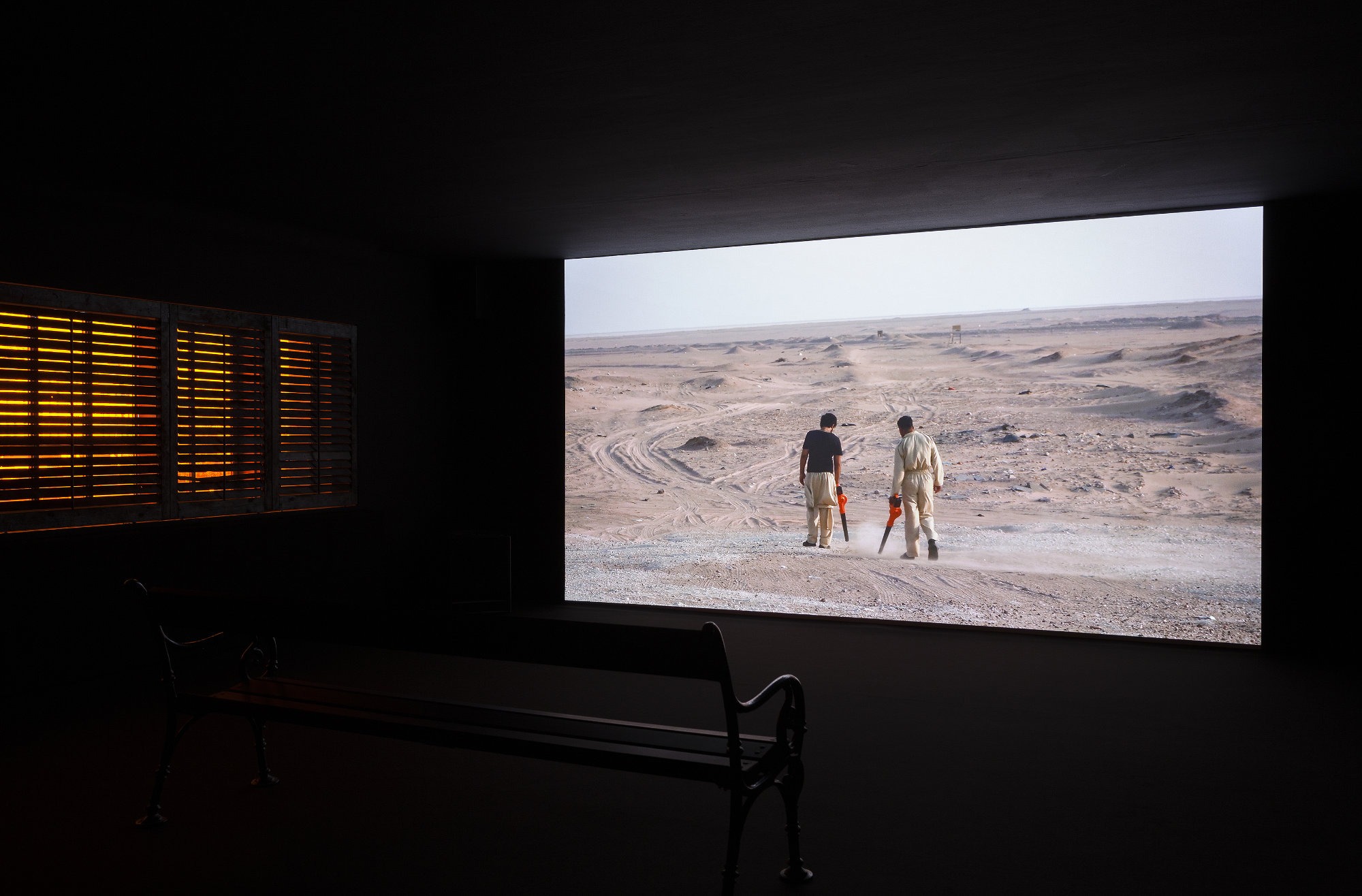 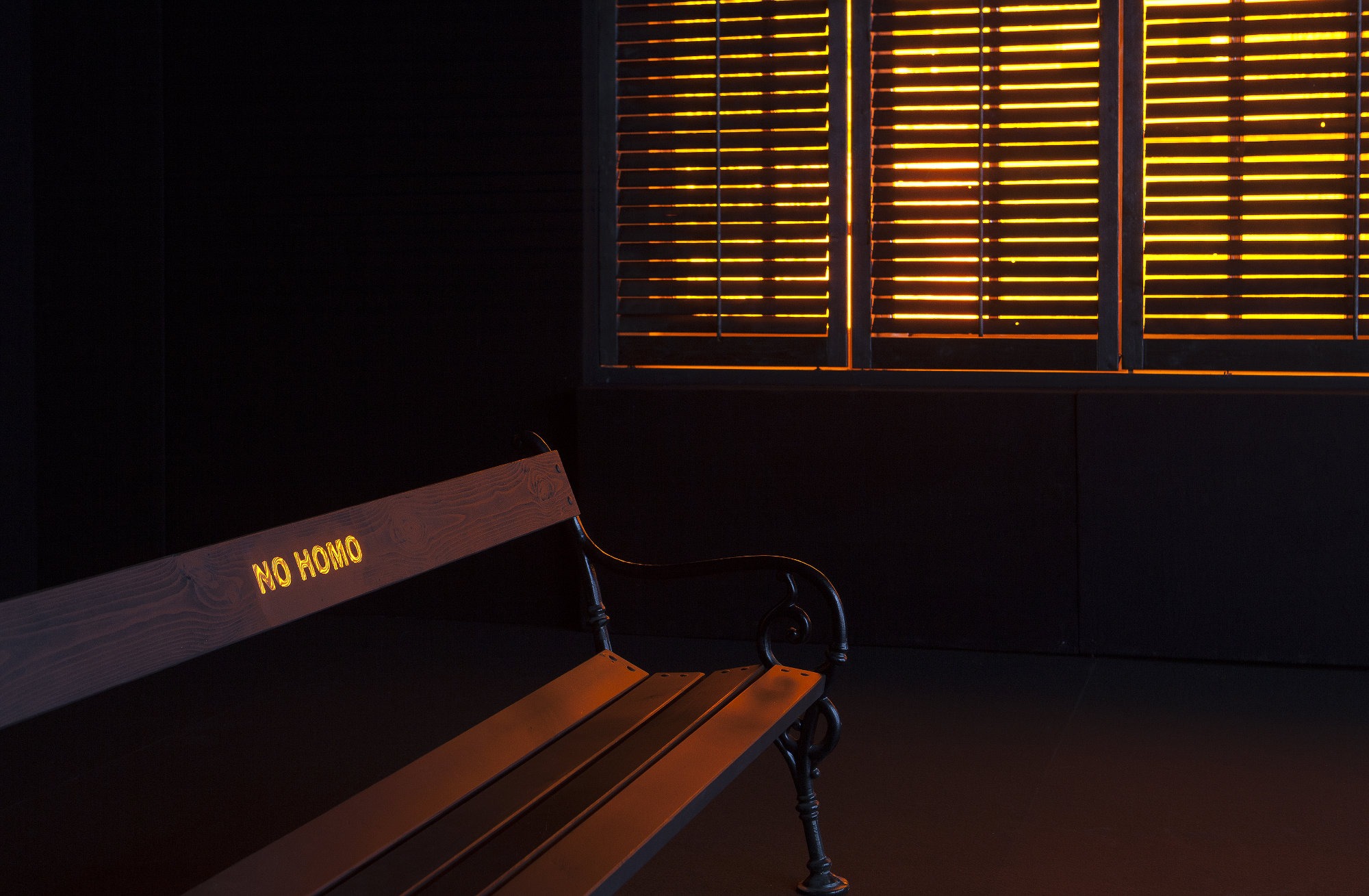 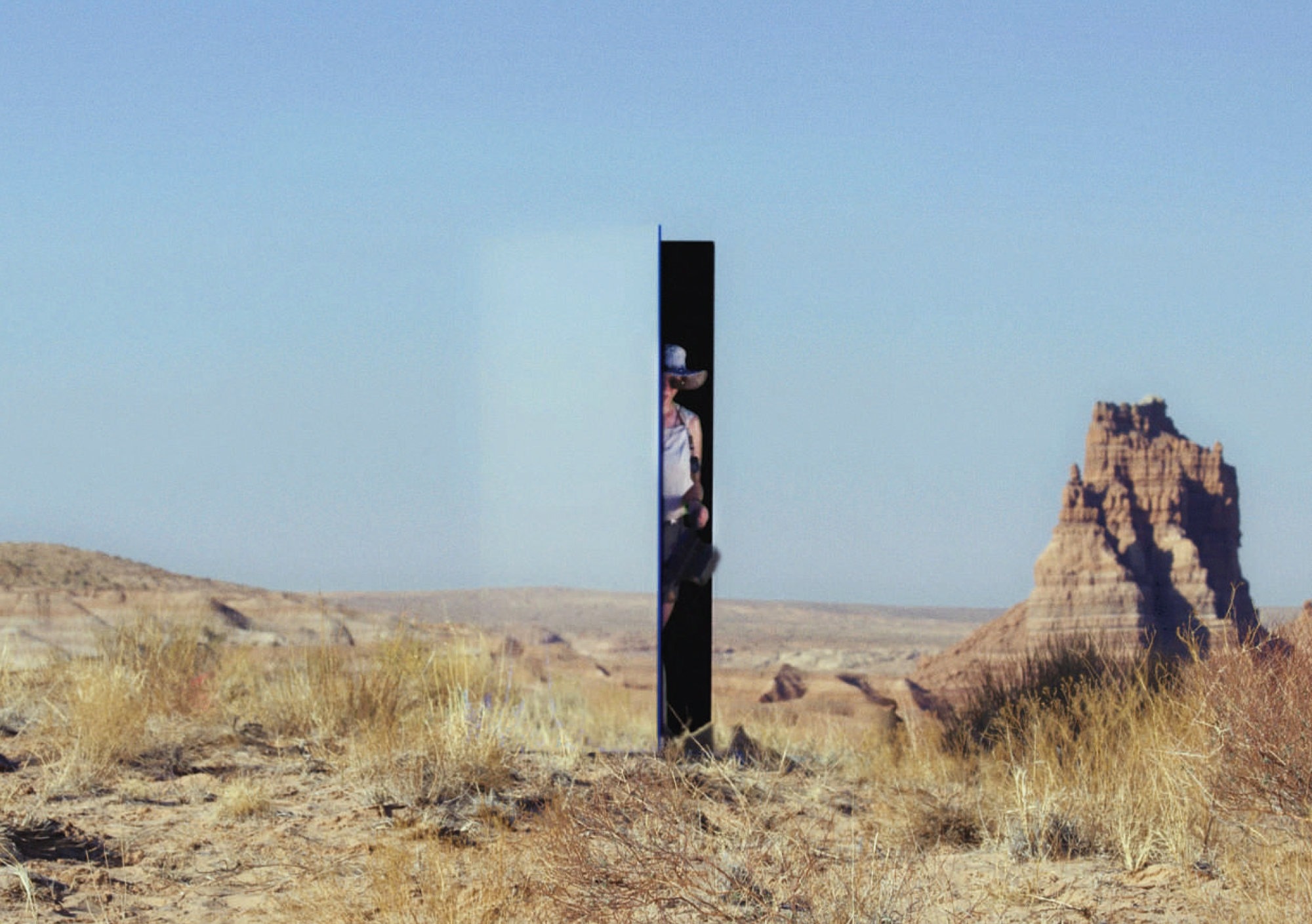 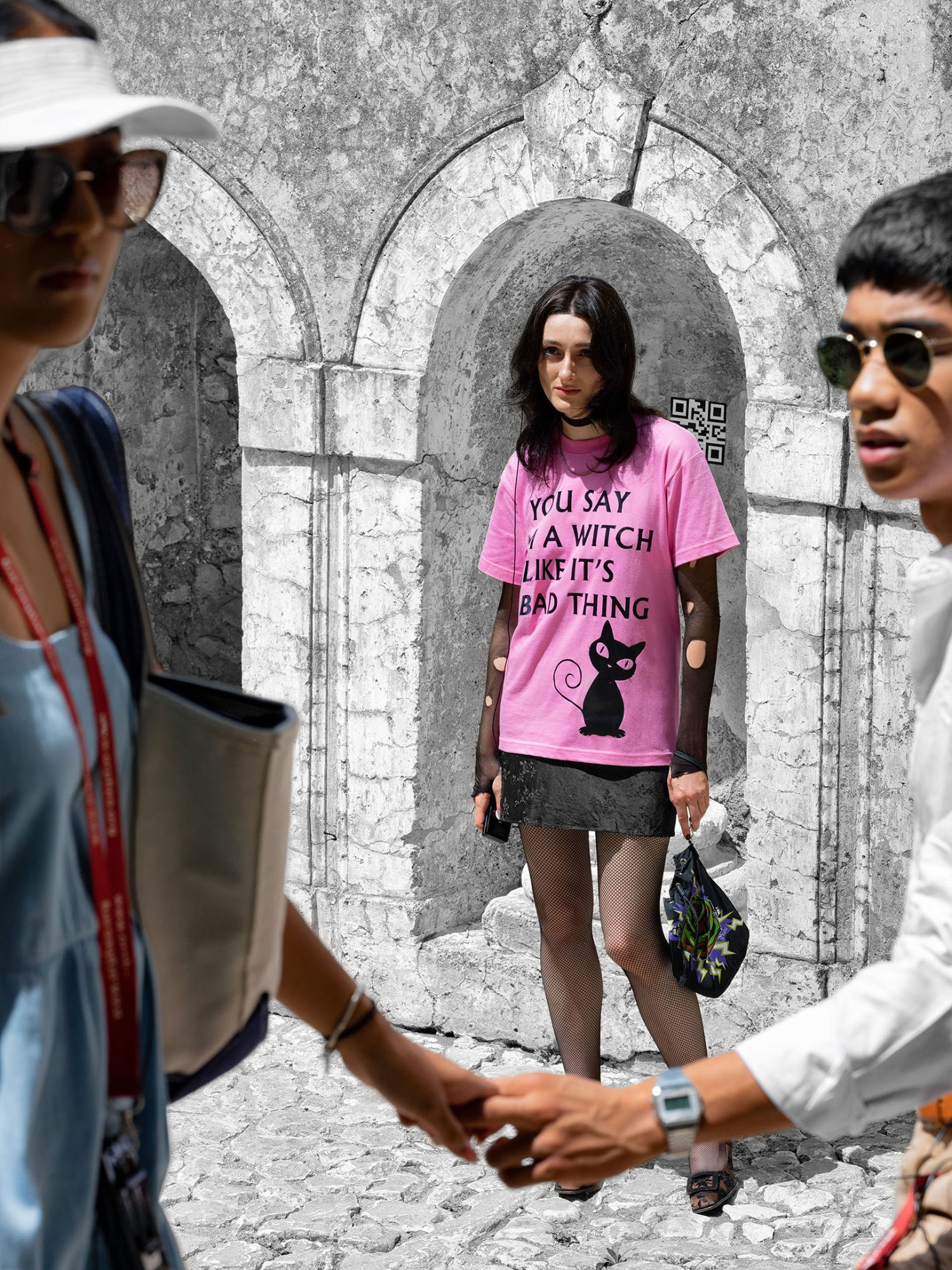 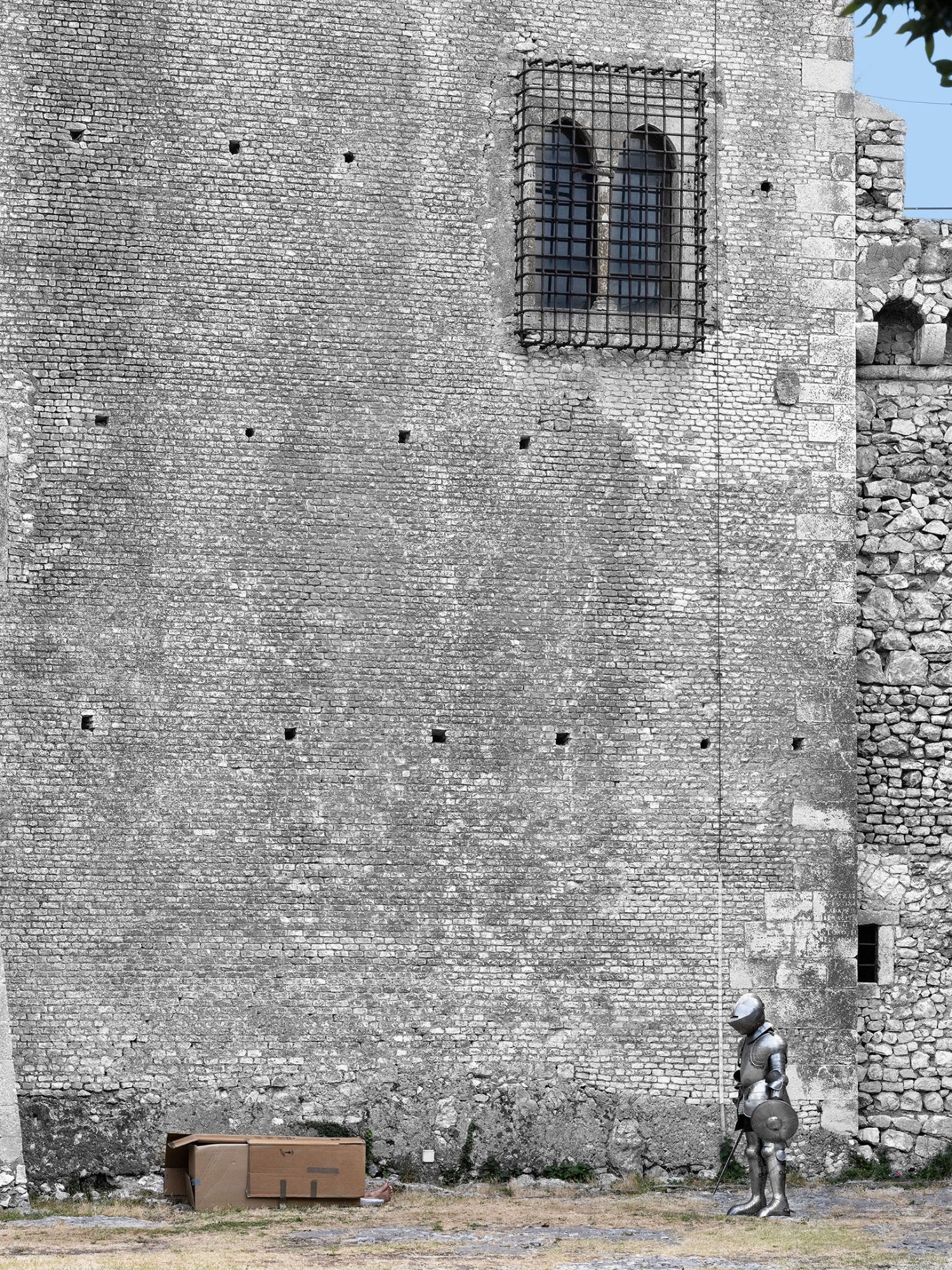 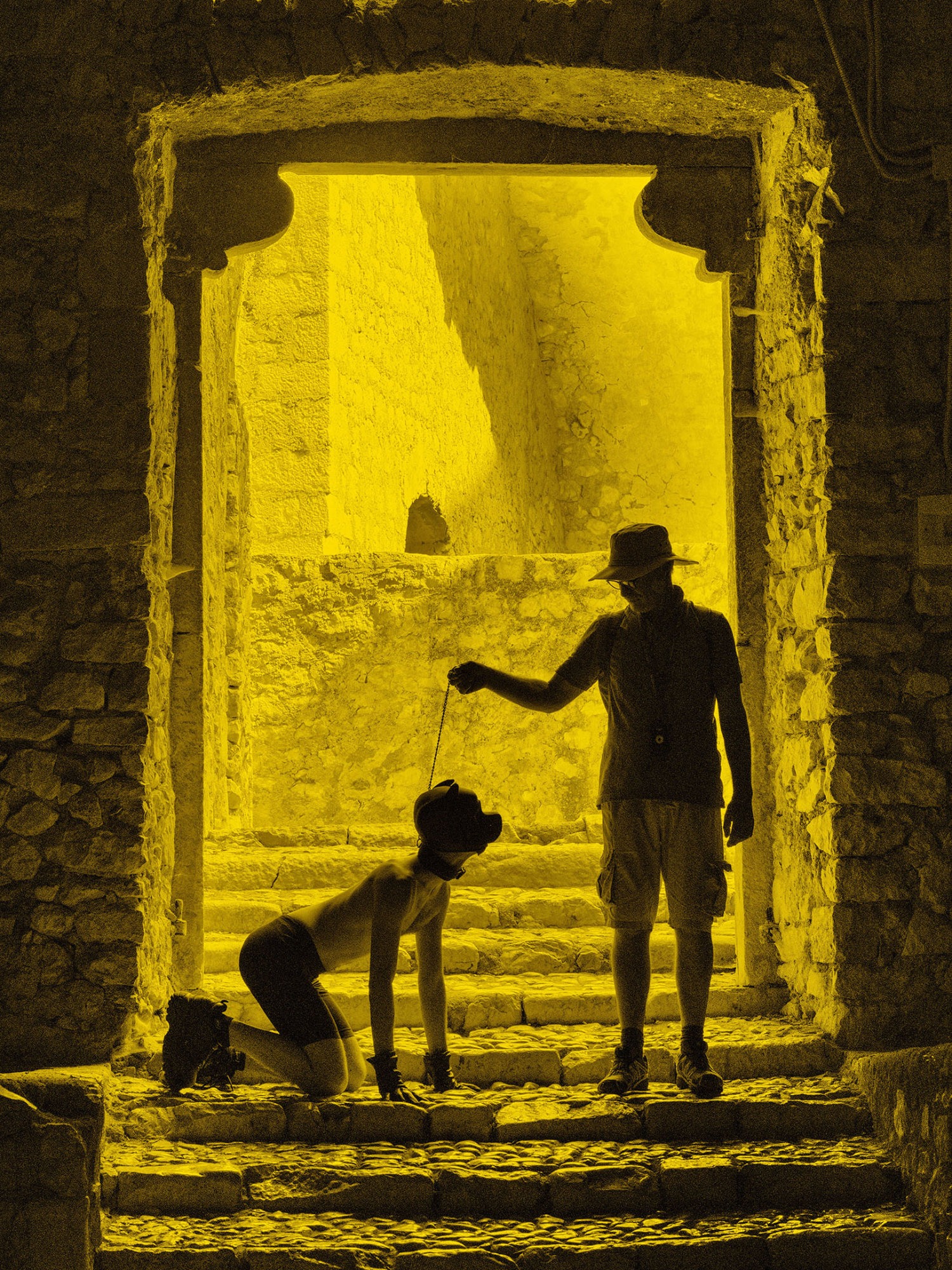 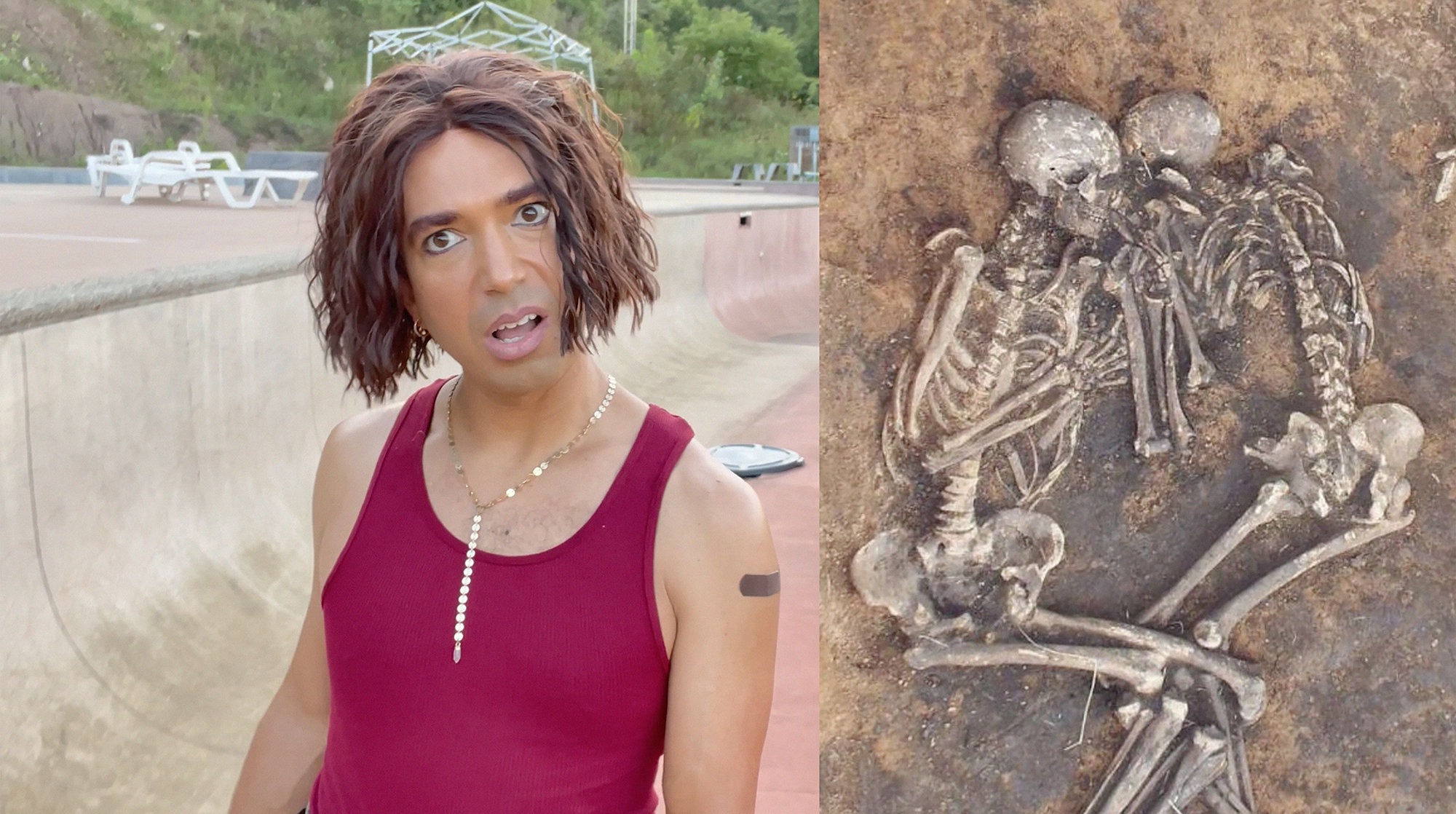 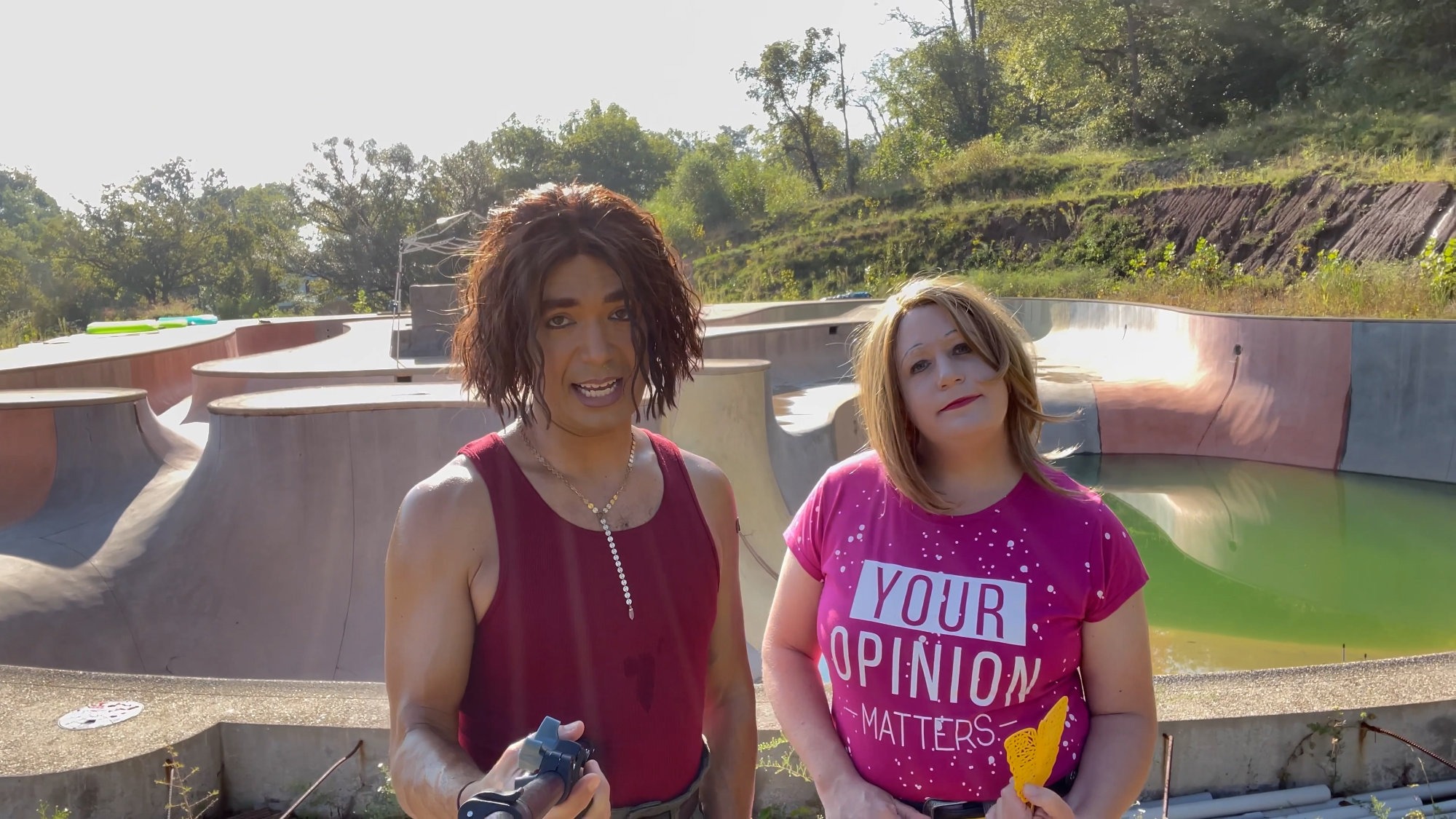 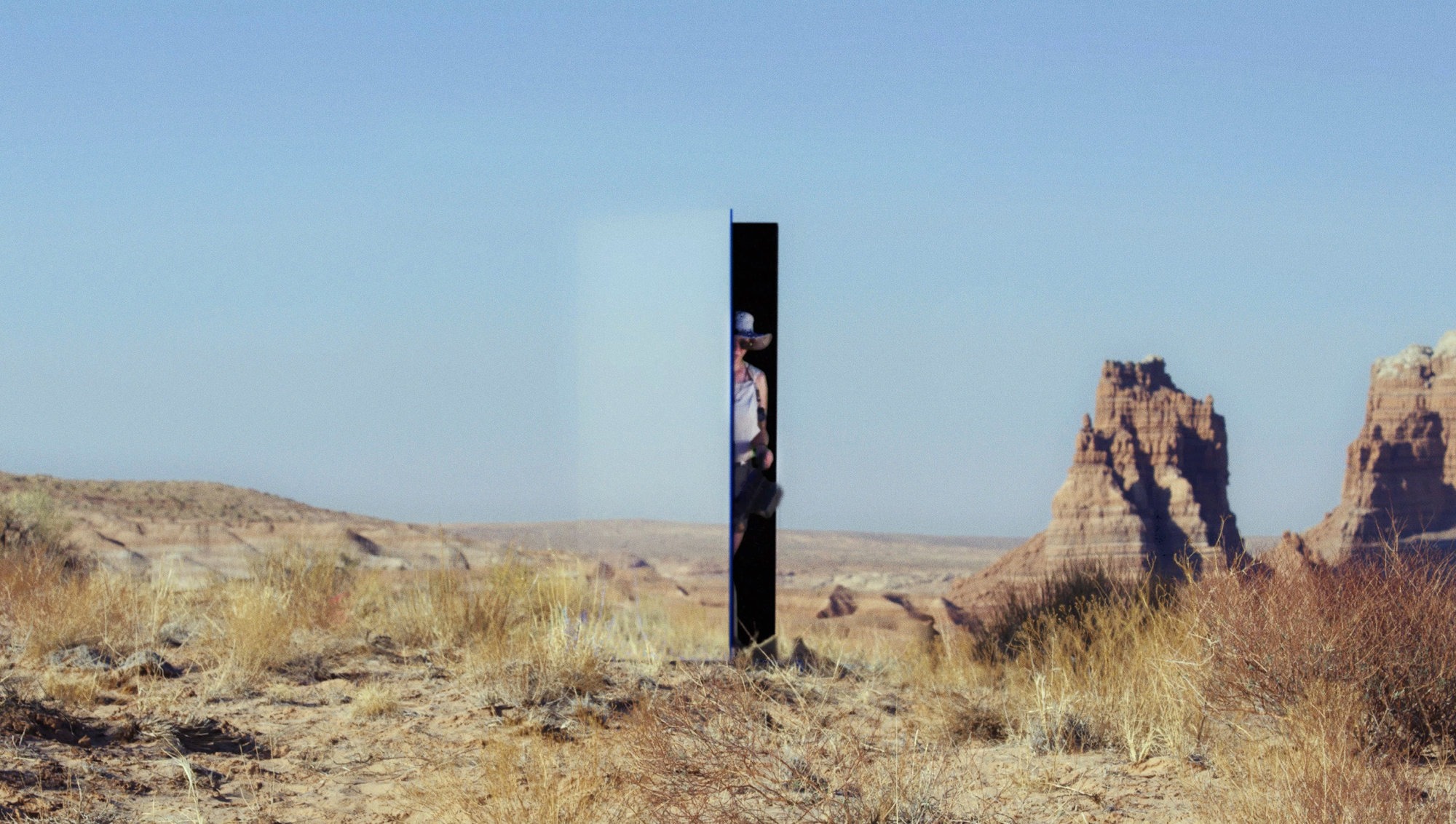 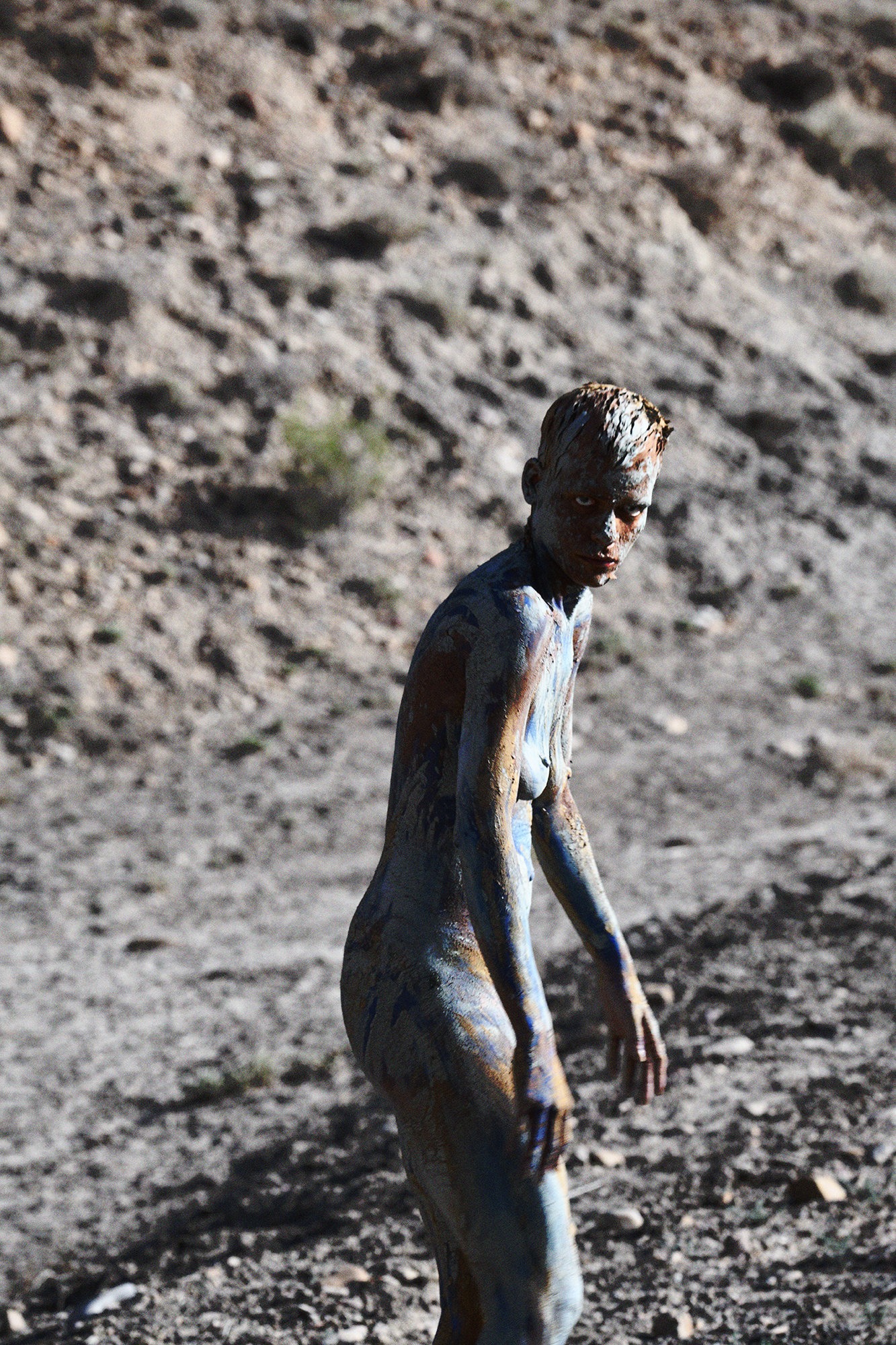 The film, Everything But The World was conceived as a TV pilot plotting new narratives for new histories. A multi-genre docu-sci-fi, the series departs from the premise of a nature show by turning the camera onto nature’s least natural invention: us.

Connecting the repetitive movements of today’s warehouse worker to activities some 10,000 years ago, when many of our ancestors switched from hunting and gathering to farming full-time, Everything But The World challenges post-Enlightenment notions of “progress.”

“This is the story of what happens after your property and after your progress. It’s over. And baby, you didn’t survive.“
— Narrator, Everything But The World

In this first episode, the castle becomes a stand in for private property and subjugation: from the Caetani Castle once possessed by Pope Alexander VI, to the legal term Castle Doctrine used in the United States to justify defense of one’s home, to an existential rant from a White Castle fast food drive-thru employee. Breaking civilization’s fourth wall, Everything But The World investigates what it means to be human through the long histories of labor, gender, race, and technology—riding through the rifts in scales between humanity’s global existence and the smallness of our individual lives.

These questions and speculations are tested by the show’s not-so-reliable narrator. Playing a shock jockchatty podcast host, Leilah Weinraub’s character is gleefully loose with the truth. She seems to be informing the viewer directly while also challenging easy paths to knowledge—or the possibility of knowing—at all. With a sense of humor about the present and its possibly apocalyptic outcomes, each (at times, flippant) tidbit she delivers might be its own grand history, if only she could keep from moving onto the next part of the uncompletable puzzle. With a sublime mixture of sense and nonsense, speaking from at once the recorded past and the speculative future, her verbal overlay reveals that we are all victims of our moment, limited in our powers by what we think we know and what truths we have access to or choose to believe.

The transgression of Homo sapien to humanity: As Prometheus’s incendiary theft of fire from the gods is the mythic tale of society’s origin, Western humanism’s faulty origins serves a launching point to conceive not only how history happened, but how “history” is made up, and in service of what or whom. However, today’s media seems saturated less with origin stories than tales of end times. But is speaking of beginnings and ends not what’s gotten us into this threat of civilization-ending mess?

An end requires a neat narrative, often in difference to moral coercion, consolidated power, or at least the construction limits. Denying clear truths and generic conventions, Everything But The World reminds us of our limits and potentials. It refuses to contort time into a line. While it might be hard to see from the perspectives of our puny lifespans, history is not a story of progressions and constants, but of changes and revolutions. If we realize that this is not the world, but a world among many possible, what worlds might we see come, after the end?

Toggling between forms and formats—from straight documentary to YouTube tutorial to prestige TV; from standard def square to widescreen to the iPhone’s vertical 9:19.5—Everything But The World demonstrates the blurriness between reality and fiction. Voices vary: a seductive Italian tour guide and a suited lawyer share screen time, while the seemingly authentic video types create a multimedia whirlwind out of the cacophonous images we consume, often thoughtlessly, every day.

DIS is a collaborative project based in New York and consisting of Lauren Boyle, Solomon Chase, Marco Roso, David Toro, working together as an artistic and curatorial collective dealing with a wide range of media and platforms, exploiting the methods of production, use and dissemination of content online. They first launched DIS Magazine in 2010 — publishing fashion editorials beside mixes and critical essays. Later, DIS launched a stock image databank (DISimages) made by artists and a store (DISown) for products and accessories developed with artists as well. In 2018, they replaced dismagazine.com with their new streaming platform, dis.art. Over time, DIS has enhanced and amplified the possibilities and capabilities of art and its role in the artistic, commercial, educational, and public spheres—folding all into one.

From the beginning, the collective has also been involved with art projects beyond the context of the magazine, and satellite platforms, such as exhibitions at MoMA and the New Museum in New York. In 2016, the artist collective curated the 9th Berlin Biennale, and most recently they have co-curated the Biennale de l’Image en Mouvement 2021 at Centre d’Art Contemporain Genève with the Centre’s director Andrea Bellini.

Programmed by the board of the Secession
Curated by Jeanette Pacher
www.secession.at