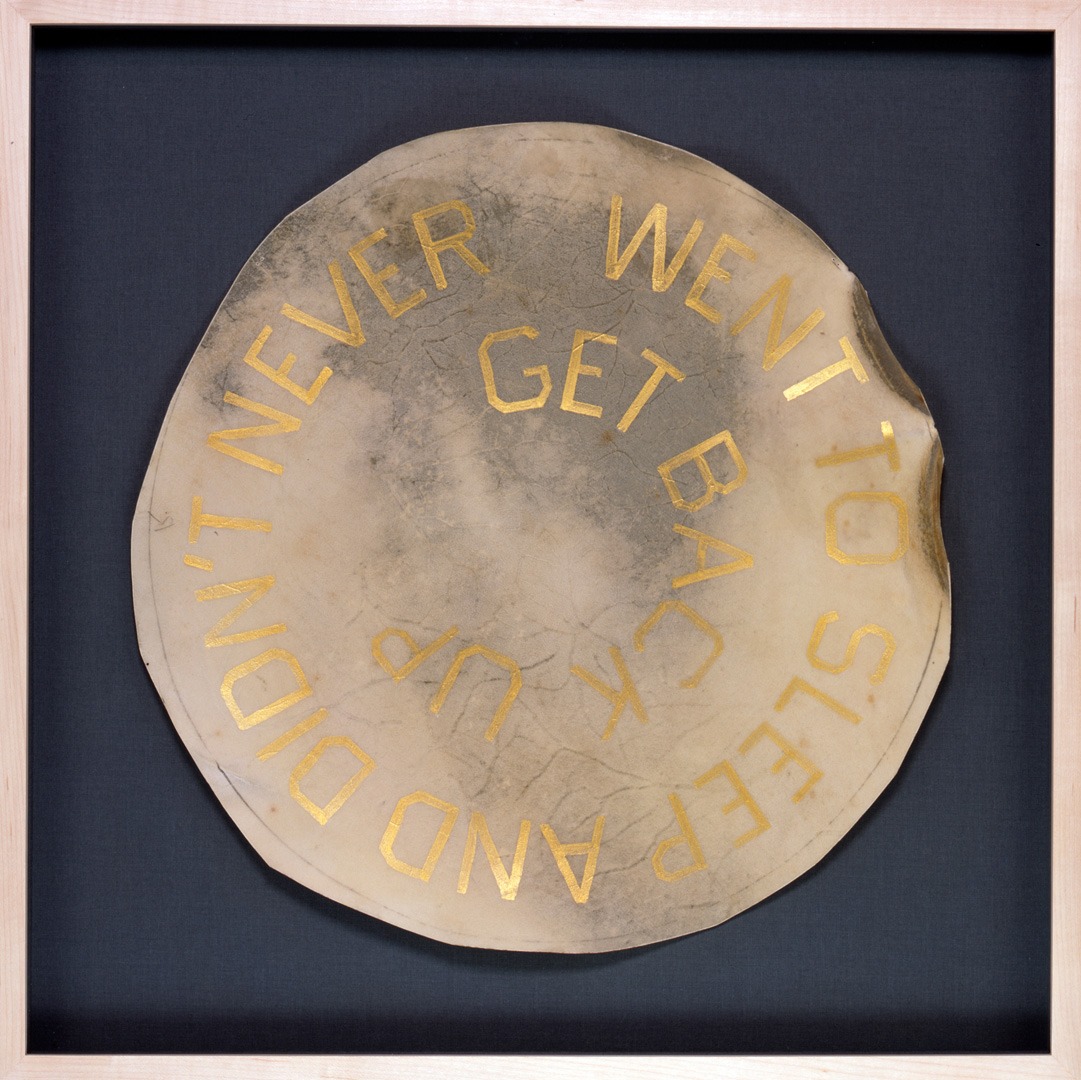 Ed Ruscha has been one of the most influential American artists since the 1950s; his groundbreaking work has shaped our understanding of contemporary art. Disavowing the gestural painting of American abstract expressionism, he devised a creative practice between minimalism, Pop art, and conceptualism. Research, innovation, and experimentation as well as the emphasis on critical reason rather than emotional involvement define his style.

With works like Twentysix Gasoline Stations (1963) and Every Building on the Sunset Strip (1965), Ruscha put his stamp on the history of twentieth-century art. Taking sober-minded photographs and arranging them in indexical sequence in meticulously designed and self-published artist’s books, he compiled catalogues of life in Los Angeles and on the American West Coast that made him a pioneer of conceptual art. Ruscha’s paintings, which constitute the bulk of his oeuvre, stand out for their formal austerity and rigor and his abstention from gestural and expressive forms. The American West and Los Angeles are his primary sources of motifs, which usually appear in combination with painted words or sentences.

Besides Jasper Johns, Ruscha has mentioned Futurism and Dadaism as important points of reference in his work. The Futurists’ rejection of naturalism led them to champion the beauty of the world of technology and an idealized aesthetic of the machine, which they preferred over natural objects. Even more than the works of the Italian Futurists, Dadaist art appealed to Ruscha with its play with the absurd and paradoxical.

Making similar work around the same time, artists including John Baldessari, Douglas Huebler, Joseph Kosuth, Jan Dibbets, and John Hilliard who appeared on the scene in the late 1960s and were grouped together under the label conceptual art adopted Ruscha’s ostensibly banal procedures with their characteristic blend of irony and pseudo-scientific accuracy and refined them in various ways. With his conceptual approach to photography and choice of motifs rather than his demotion of the medium to a mere instrument of recording, he has also been an influential innovator in artistic photography.