would you say this is the day? 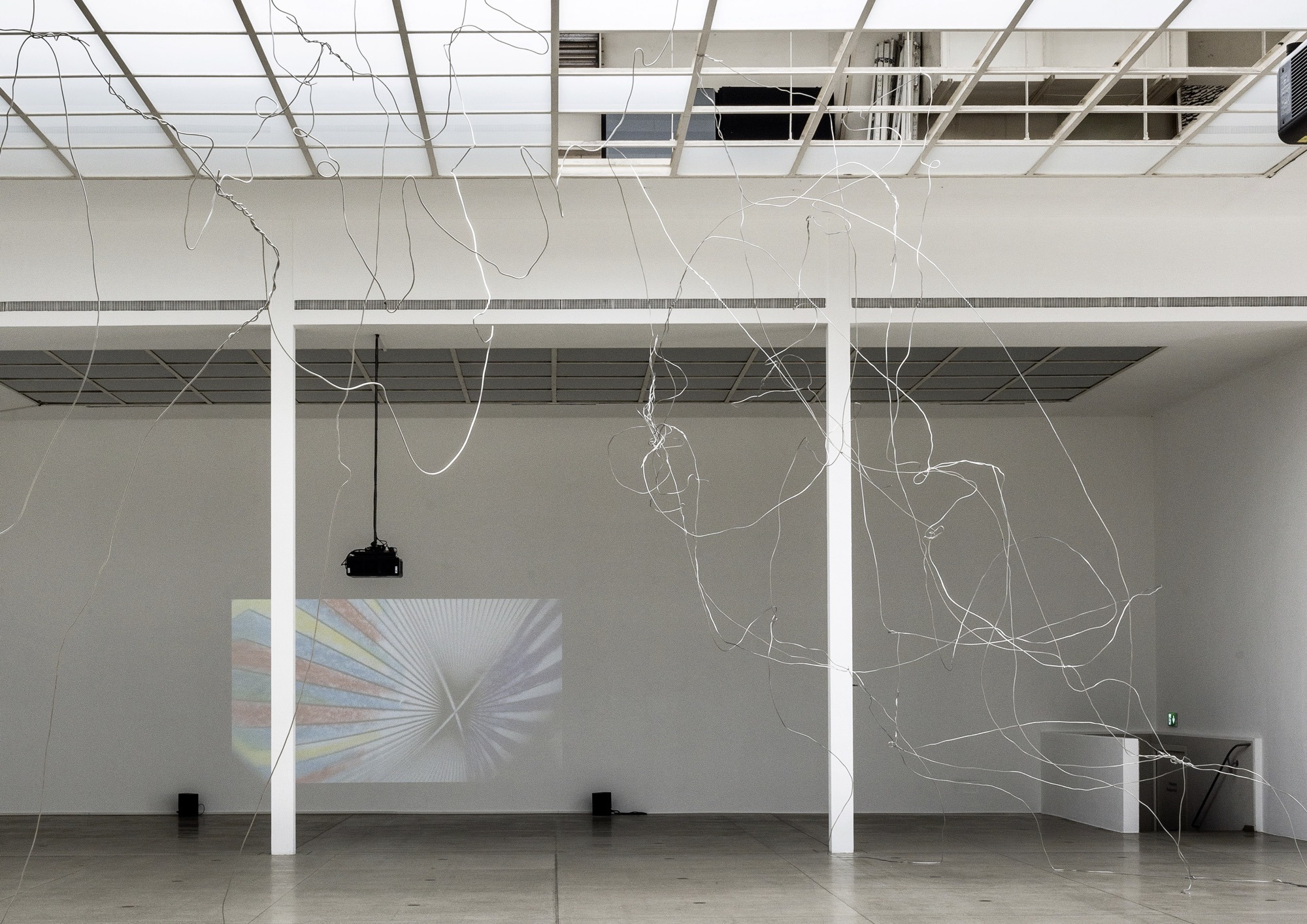 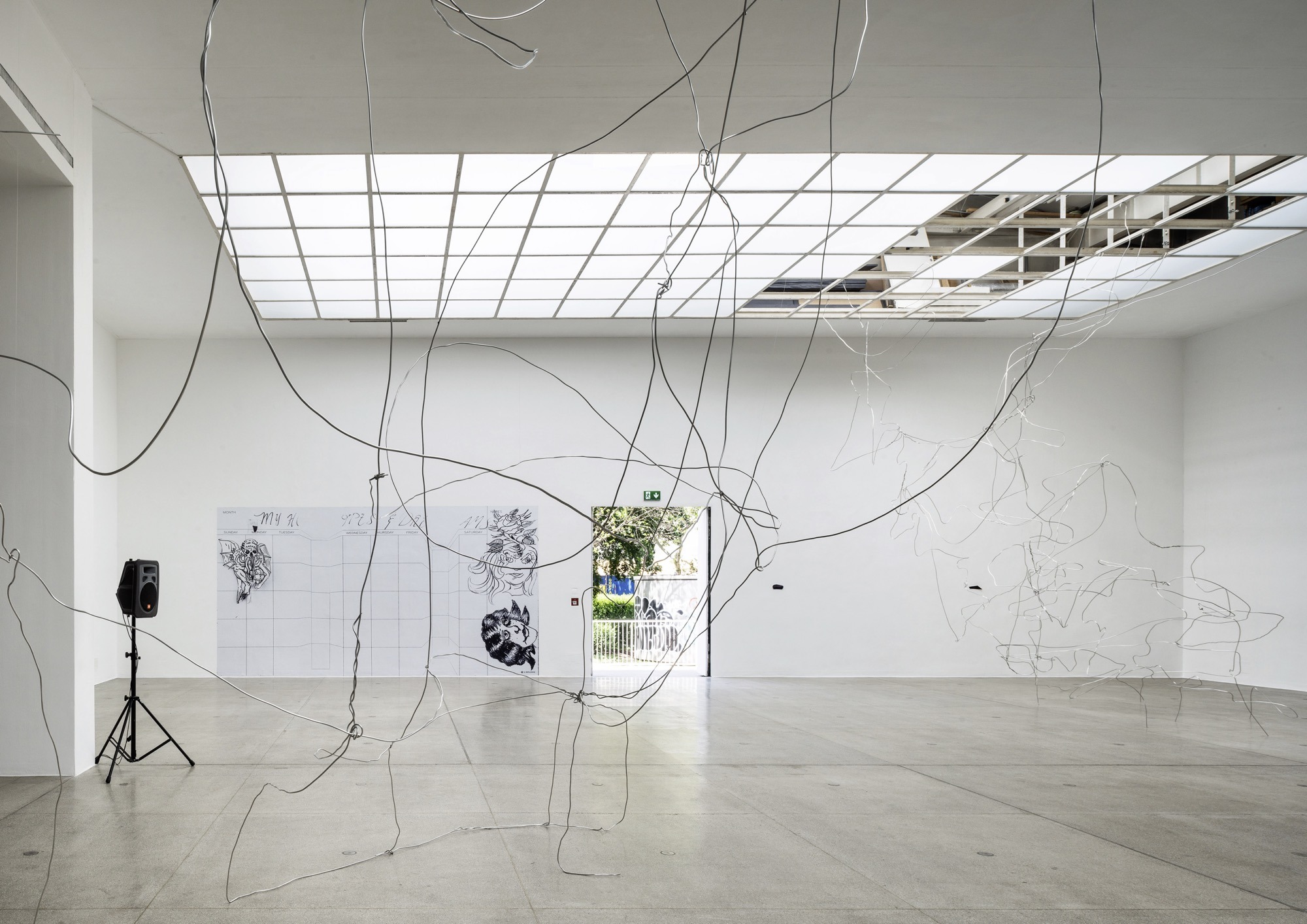 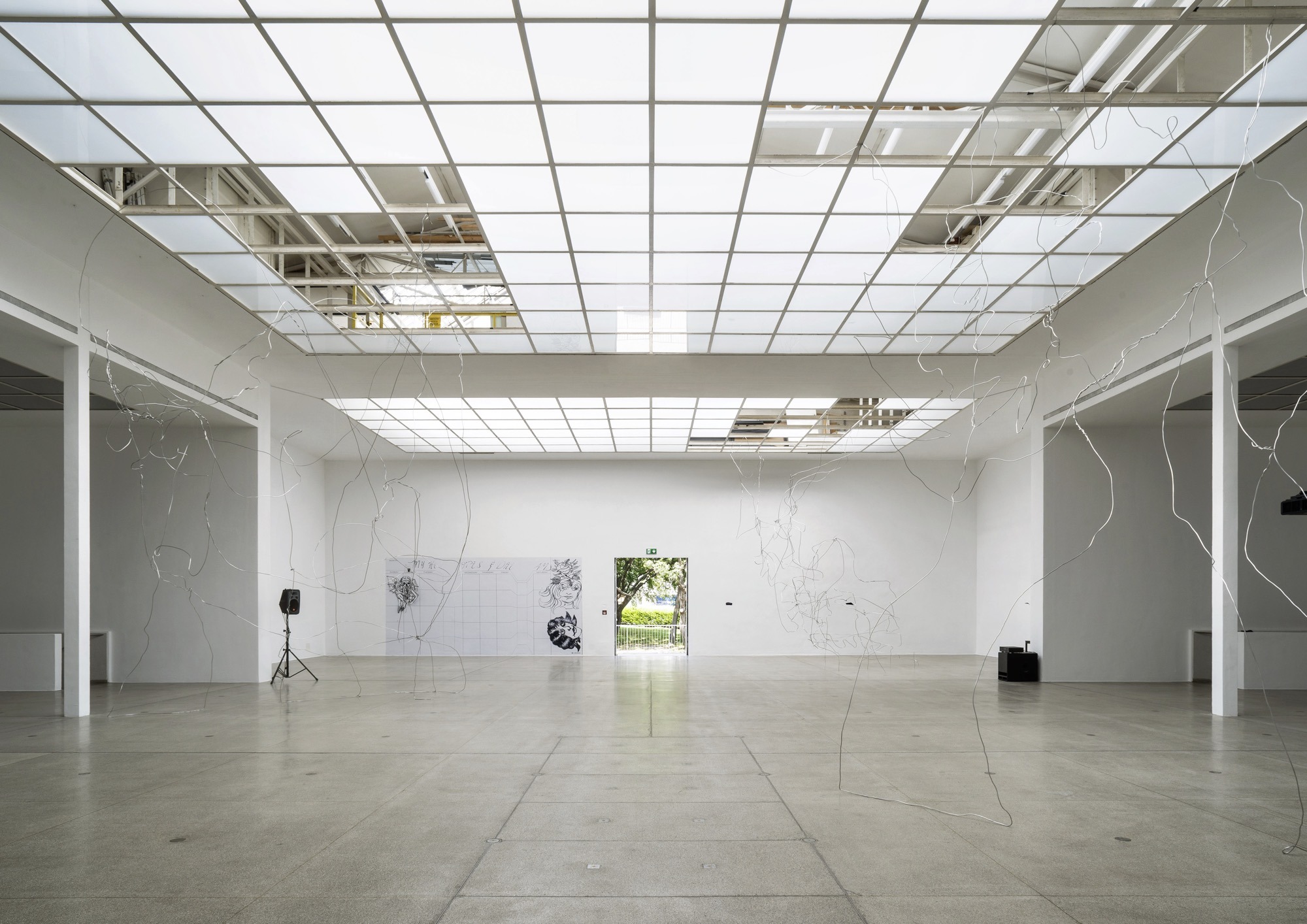 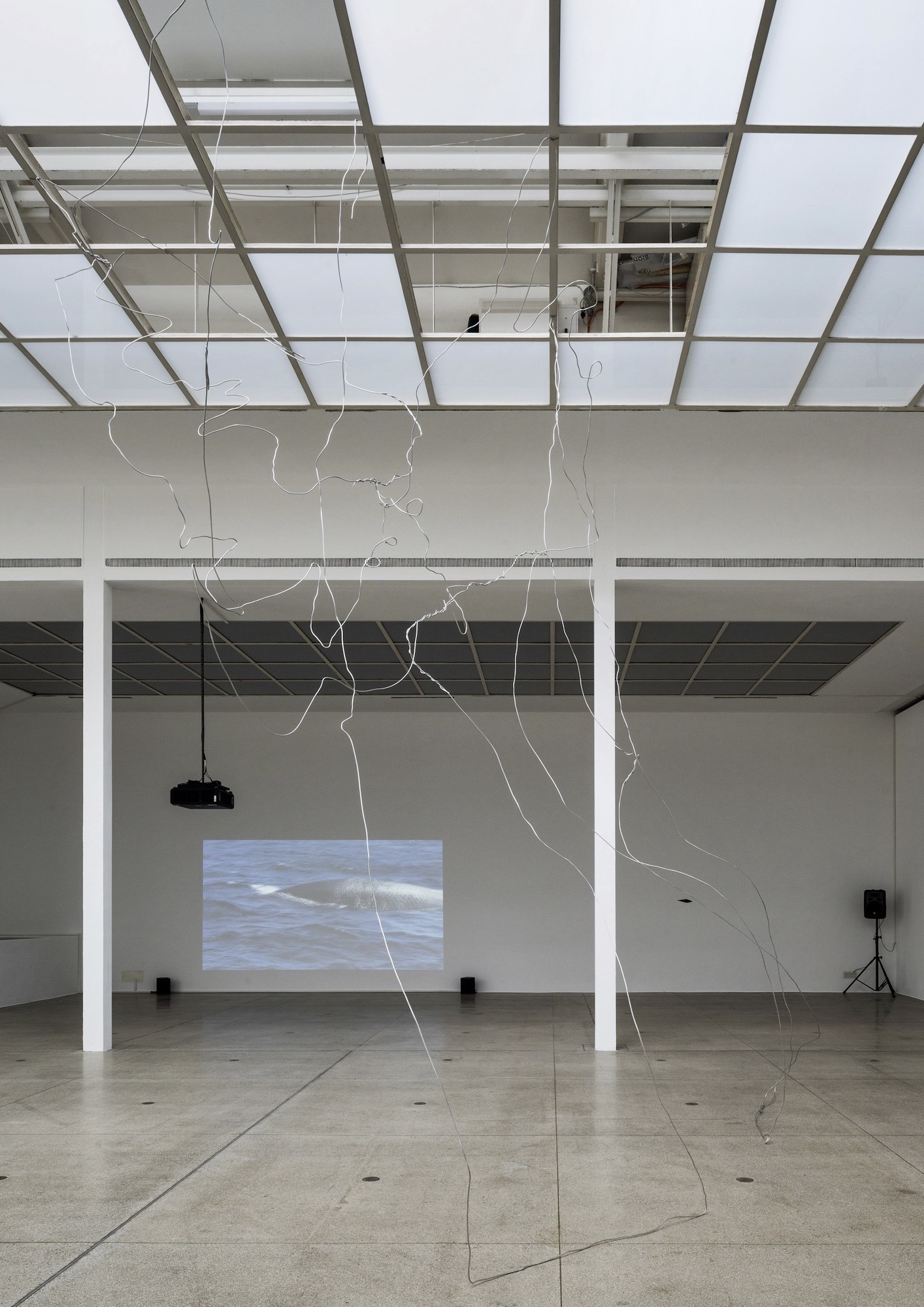 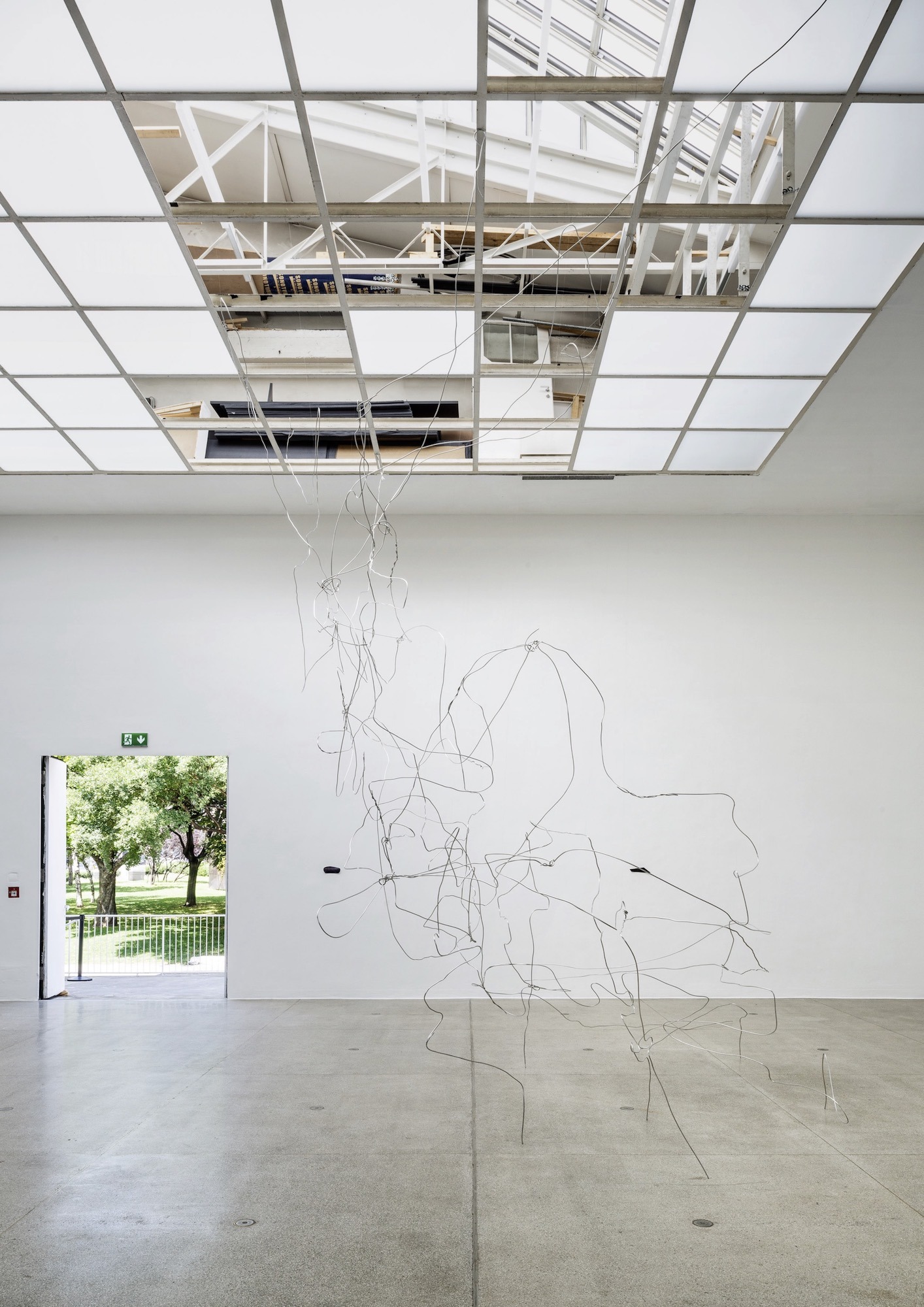 Everyday objects, language, recording systems, and cultural displacements play key roles in Nora Schultz’s art, as do the observation and critical activation of the exhibition space and the artist herself as the work’s producer. Recently, she has employed various cameras (GoPro, video drone, etc.) as automated “co-producers” whose contributions to the creative process she cannot fully control and which have their own internal dynamics and probe the artist/author’s changing position vis-à-vis its operation. In performative interactions, she often develops large installations that involve and take possession of the venue’s structure and sometimes project beyond its confines.

The exhibition at Secession will be the realization of a complex proposal that Schultz submitted within the accompanying publication designed by the artist, which comprises five magazines and six posters in a slipcase, and includes the written proposal. To create maps or instructions for a three-dimensioned realization of Atlas / The Day in the Secession, a calendar was transformed in different steps. The show is on a path between a concept, its simulation, and realization. It is animated by a draft that is enabled by an opening in the space, or, when the door is closed by wave currents within a fixed system: the air conditioning.

In the sense of would you say this is the day?, distance is a means of production. Closely following the instructions, drawings, renderings and notation of the proposal, the exhibition will be a traveling show, an all-encompassing installation in which Atlas and The Day appear as the central figures.

The installation would you say this is the day? was realized on the occasion of Nora Schultz’s solo exhibition and comprises several individual elements. These play with the specific architectural and local conditions, and literally inscribe themselves in the site.

On the one hand, there are three sculptures made of aluminium wire placed around the space and squeezed in between floor and ceiling (Atlas / The Day 1, 2 and 3). Their open shape forms abstract spatial drawings, which allow a view to the space above the glass ceiling that is usually concealed. The sculptures represent various steps of a found calendar sheet with its structuring grid becoming three-dimensioned. At the same time, they illustrate her artistic interpretation of sculptural paragons Atlas and The Day. The realization of the sculptures on site involved the close collaboration and communication between the artist in the USA and the curator and install team at Secession. Drawings by the artist that are published in the publication she conceived and designed served as a reference, on the one hand, as did small prototypes made especially for this process. The parties thus collaborating from a distance coordinated the on-going process on a daily basis and regularly discussed and tuned the composition with each other.

The aforementioned calendar sheet decorated with hand-drawn faces – a kind of subjective intervention that disrupts the ordering system – was manipulated by the artist in order to add a spatial (third) dimension to its temporal frame, and is presented as a 3 x 6 m large wallpaper on the left front wall (Hopes and Dreams, 2019). Resonating with the space’s grid, while simultaneously deviating from it with its warped lines, this image sets a tone to the overall impression.

Furthermore, two new video works – Whale Watch and Simulated Whale Watch (both 2019) – are shown in the side wings. While the former documents a boat trip for the purpose of spotting whales on the eastern coast of the USA around Boston, including a few distortions, Simulated Whale Watch was filmed with a GoPro camera in the artist’s studio and based on a script. Here, to a certain degree Nora Schultz relinquished control: due to her choice of camera without a monitor, but also by the way the camera was guided on a long stick that served as a sort of extension of the filming hand.

The sound installation The Sound will be Untied (2019) creates an invisible link that frames the space and creates a (performative) connection between the installation and the outside space. It is based on recordings of the constant hum of the air conditioning system in the artist’s studio in Boston. The aforementioned drawings for the making of the sculptures and notations drawn by Schultz, which are also published in the artist’s book, served as score for the (abstract) composition. The back door that leads to the garden behind the Secession building is opened during the daytime, letting ambient sounds flood into the exhibition space and complete the composition. The usually closed space of the institution – a kind of closed system or circuit – is opened and mingled. Only at night, when all visitors have left the building, the circuit is complete: when the sound of the artist’s and Secession’s AC systems, now switched on to cool down the space over night, overlap.

All elements share the common aim: to approach a space-time entity from a distance – a geographical reality for instance, or a distance grounded in mere imagination or memory – to comprehend and frame it, and to finally render the then filtered and manipulated entity.

Nora Schultz was born in Frankfurt in 1975 and studied at the Städelschule, Frankfurt, and Bard College, New York. She currently lives in Boston, Mass.

The exhibition program is conceived by the board of the Secession.
Curator: Jeanette Pacher
www.secession.at